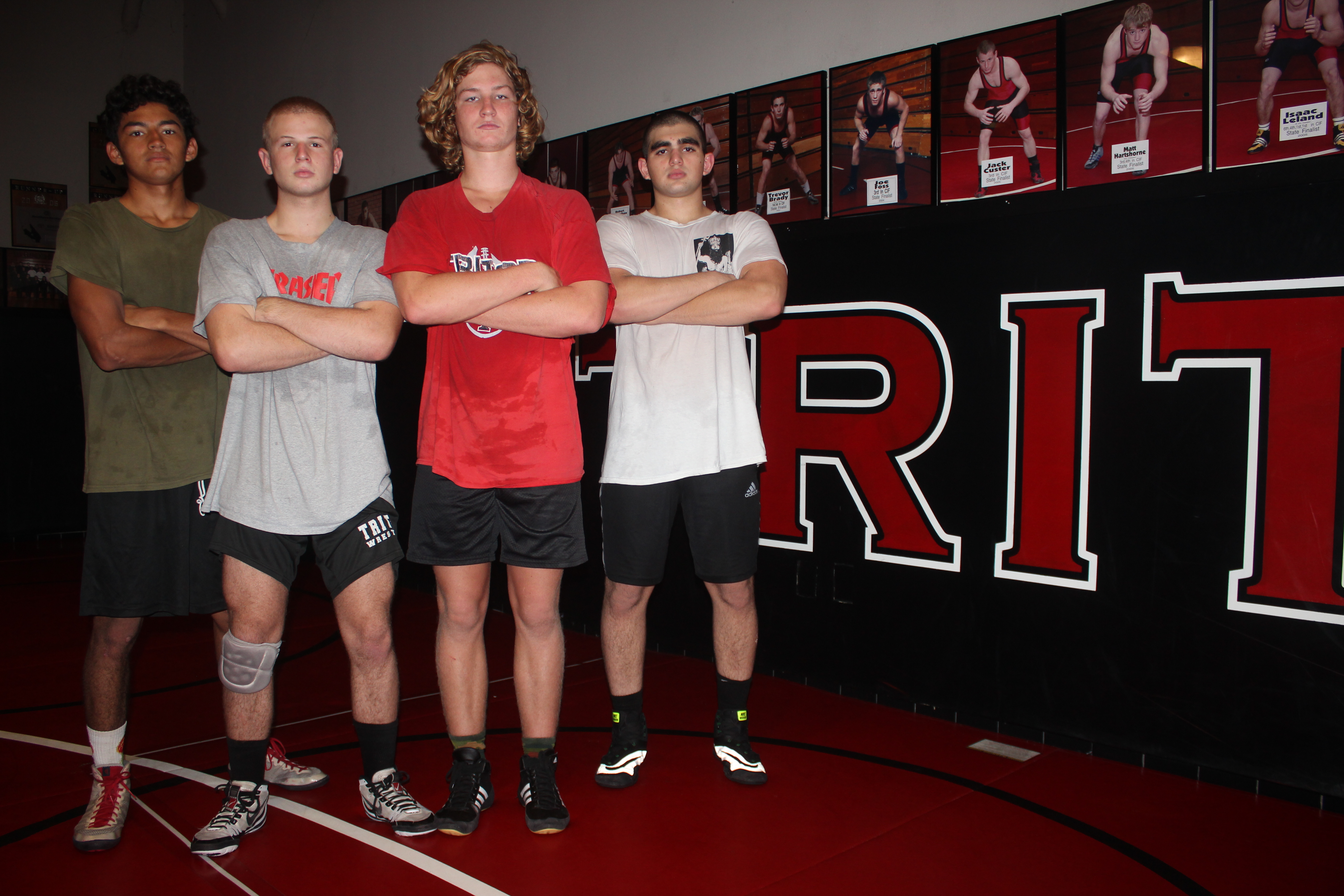 At the start of the holiday break, Josh Tabb and Mascious Vaughn took home wins at the Ed Springs Invitational.

Tabb took a first-round bye as the No. 2 seed and ran with it to four straight victories by decision. While his first three matches were low-scoring (4-1, 6-1, 5-0), Tabb had an explosive match for the title.

Vaughn had a first-round bye as the No. 2 seed and made quick work with two wins by fall in 30 seconds and in 1:20. Vaughn followed with an 11-4 decision win and outlasted Kian Abedi of Dana Hills for the weight-division title, 6-5.

Vaughn followed up with a third-place showing at the Blackwatch Tournament at Upland High on Dec. 28.

Vaughn had a first-round bye at 170 pounds and captured three wins by fall before losing in the semifinals. He won another match by fall in the consolation bracket and took bronze with a 14-4 decision over Allan Ambriz of Chaffey.

Liliana Carteno-Dzul also found bronze at the Blackwatch Tournament in the girls 101-pound bracket. Carteno-Dzul had a first-round bye and won her first two matches including one by fall in the quarterfinals.

She lost her semifinal match but bounced back with a fall victory in the third-place match.

San Clemente turns back to its league schedule with a dual meet at Trabuco Hills on Tuesday, Jan. 9 and will compete in the Troy Invitational on Saturday, Jan. 13.

The Tritons boys soccer team’s defense was quite stingy over the giving season.

San Clemente (7-3-3) has given up just four goals in its last nine games with six shutouts over that span.

In the Marina tournament, Jake Carter posted shutouts over La Mirada and St. Margaret’s. Curtis Harvey helped in net against St. Margaret’s and split a shutout with Ryan Kowarsch in a 10-0 win over Northwood on Dec. 20.

The Tritons move immediately into South Coast League play at Mission Viejo on Wednesday, Jan. 10 and at home against San Juan Hills on Friday, Jan. 12.

While the boys soccer team’s defense has been impressive, the girls team has really set the standard.

The Tritons (11-1-3) took fifth place at the prestigious Excalibur Tournament with three shutouts at the event. Kelsey Bland led the way in net for a San Clemente team that has 12 shutouts on the season with just five goals allowed.

San Clemente will look to make its mark on a loaded South Coast League with its league opener at Dana Hills on Tuesday, Jan. 9 and continuing at home against Aliso Niguel on Tuesday, Jan. 16.