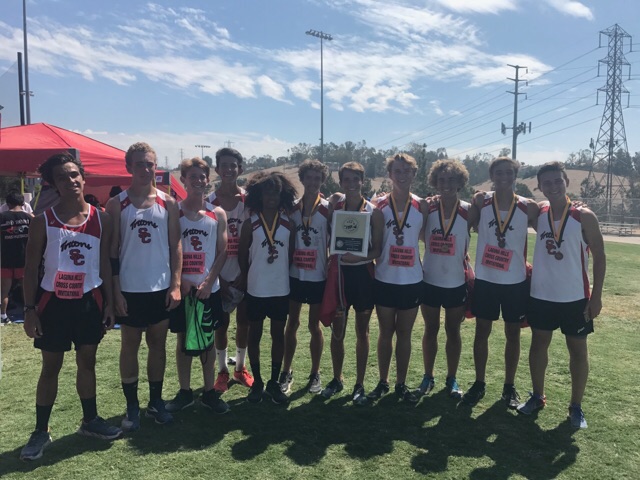 The San Clemente boys cross country team’s juniors showed off their skill and depth by winning their grade-level division at the season-opening Laguna Hills Invitational on Sept. 9.

The Tritons freshmen placed third overall and the sophomores finished fourth to round out a solid day of competition for the team.

The girls cross country opened its season with an eighth-place finish at the Cool Breeze Invitational in Pasadena on Sept. 8. Hana Catsimanes placed 12th overall and Chandler Horton finished 16th.

In a rematch of last year’s CIF-SS Division 2 Championship game, the San Clemente football team will host Murrieta Valley on Sept. 15 at 7 p.m.

Murrieta Valley (2-1) returns this year with their quarterback and top receiver in tow.

The Nighthawks have proven they can put up points, but they give up plenty of them as well. Murrieta Valley’s defense has allowed an average of 42 points per game.

The San Clemente (3-0) defense, on the other hand, has yet to give up more than 20 points in a game.

The Tritons rolled to a 45-7 victory over Fullerton last week. Senior linebacker Riley Croft had 12 tackles, a sack and forced a fumble in the game. Senior Shane Lockett had 10 tackles, including one for a loss.