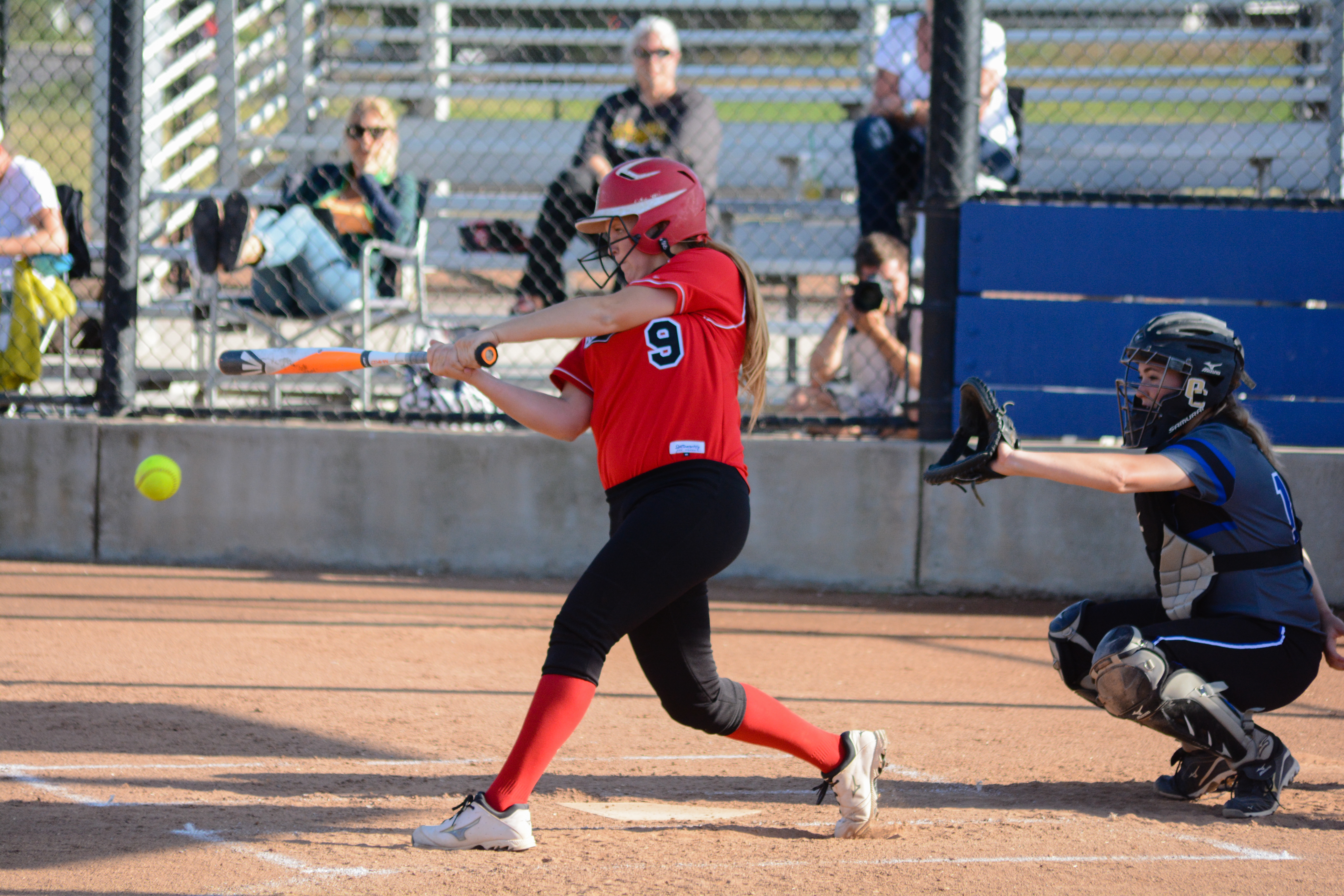 After taking a 3-1 lead into the top of the fourth inning of their nonleague matchup against San Clemente on March 24, the Dana Hills softball team decided to go with a strategic pitching change that had been working like a charm in recent weeks.

Normally, once the Dolphins get a lead with hard throwing Serafine Parrish as their starter, they switch gears by bringing in the control-oriented sophomore Carlee Russo. But once Russo stepped into the circle, the Tritons bats got hot.

San Clemente recorded seven runs on eight hits over the next two innings to take a commanding lead and an eventual 8-3 victory. The Tritons did not swat any extra base hits in the rally, but strung together single after single and made productive outs.

The Dolphins tried to counter midway through the rally by replacing Russo with Parish, who started the game, with one out in the top of the fifth, but the damage had already been done.

We outsmarted ourselves a little bit today. We had a good thing going and we shouldn’t have messed with it,” Dana Hills head coach Brandon Cosenza said of the pitching change. “We tried to maybe throw them off a little bit. Instead we threw ourselves off. We were in control for most of that game, one inning we just lost it.”

The Dolphins (9-4) jumped out to an early 3-1 lead when Hailey Hoklotubbe scored on a single that was bobbled in the outfield in the third inning. Madison Killebrew then reached on an error, which allowed second baseman Samantha Williams to score from third.

The Tritons were able to shake off the defensive woes and make up for it with their bats one inning later.

“We had three mistakes (on defense) in that one inning, and that really hurt us. And they kind of picked it up at that point in time,” San Clemente head coach Bill Malcolm said.

Prussak earned the win as the starting pitcher and senior Lauren Kane came on in relief. The pitchers combined to hold the Dolphins bats to four hits.

The Tritons (12-3) entered the game fresh off a tournament victory at the OC Saints Tournament on March 21. San Clemente has finished runner-up in both the Foothill and Saddleback Valley Tournaments this season.

San Clemente will host Dana Hills in the rubber match of their season series on March 26.