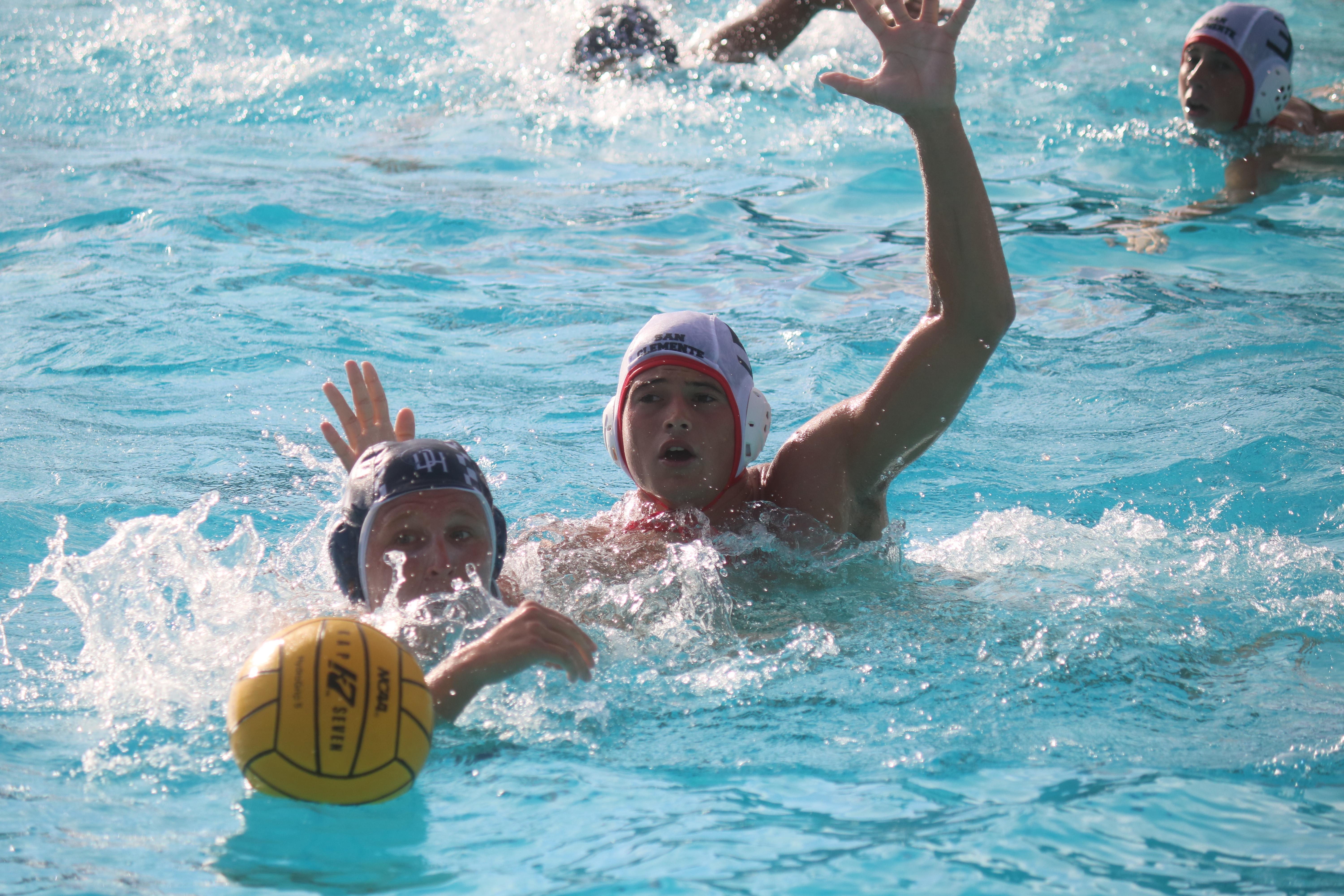 Holding on to a one-goal lead in the second-half, the San Clemente boys water polo team relied on its defense to get the job done and earn an important victory against Dana Hills on Oct. 3.

The Tritons shut out the rival Dolphins over the final two quarters of a South Coast League game on the road in an 8-5 victory.

Dana Hills (6-10, 2-1 league) fired shot after shot at the Tritons (10-7, 1-1) in the third and fourth quarters, but it was the San Clemente defense, led by sophomore Christian Hosea, junior Billy Moore and sophomore goalie Trevor Benge, that stood tall.

The big swing in momentum happened when Hayden Kahn scored for San Clemente with 11 seconds left in the first half to give the visitors a 6-5 lead. Less than one minute into the third quarter, Ty Matson scored to make it 7-5 and give the Tritons a cushion.

“It was anyone’s game and to blank them in the second half … that was the game,” San Clemente coach Logan Powell said. “I told them from the beginning it was going to be a defensive battle. With an 8-5 score that shows both teams were playing some good defense.”

San Clemente survived constant pressure from Dana Hills in the third quarter. The Dolphins outshot the Tritons 7-4 but could not find the back of the net.

“We made really big stops and just came together as a team and played good defense,” Hosea said. “We pressed them hard.”

Seven combined goals were scored in an action-packed second quarter. Matson scored three times in the second and Likins scored twice for Dana Hills, including on a long shot from the Dolphins’ side of the pool that made it 3-3.