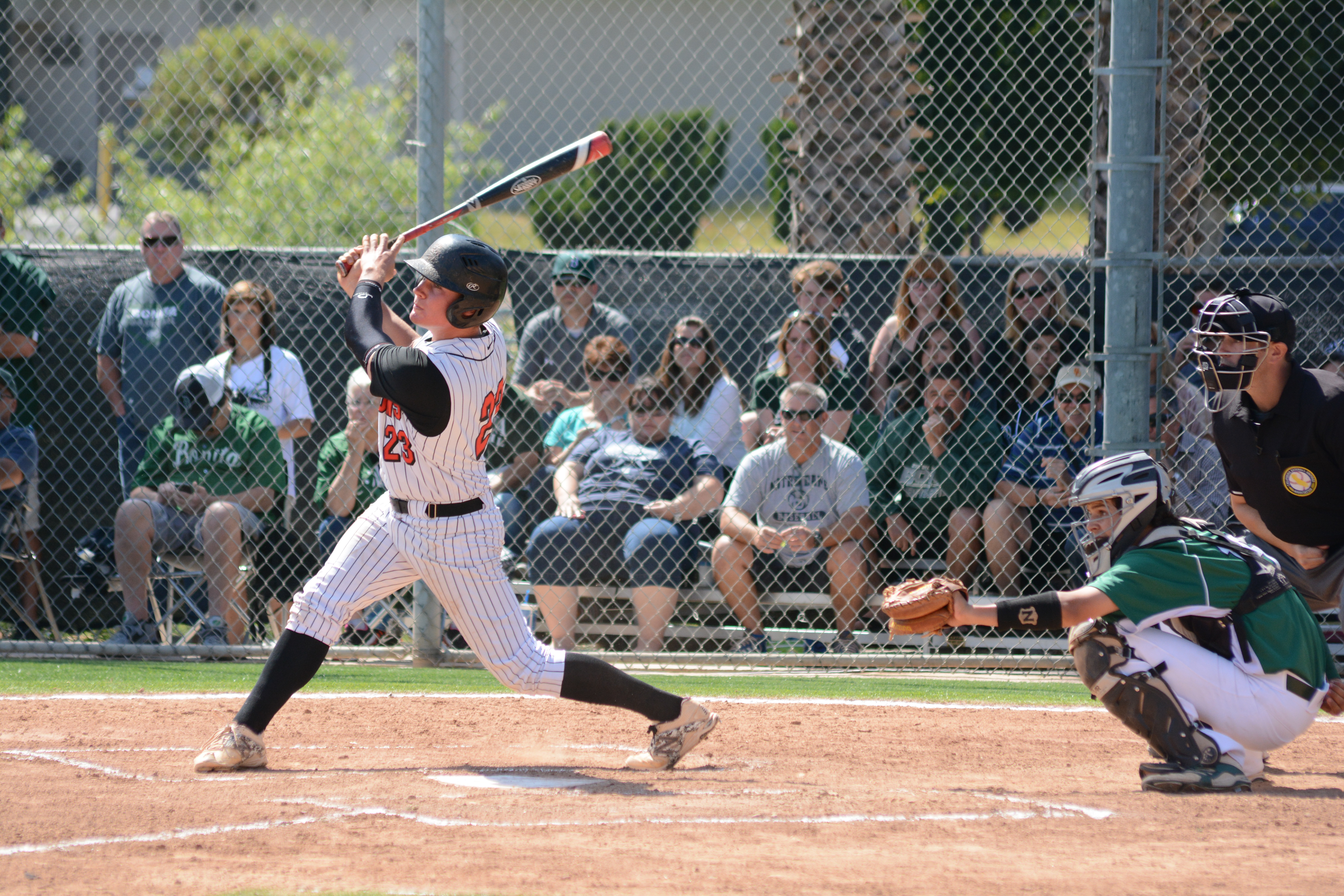 The San Clemente High School baseball team had played in seven extra-inning games leading up to their CIF-SS Division 2 quarterfinal matchup with Bonita on May 29. So when Tritons senior Tyler Ankrom hit a game-tying solo home run in the top of the seventh inning to tie the game at 3-3, the home team felt a sense of calm knowing they were going to extras yet again.

Three more frames would follow before the Tritons forced Bonita to make a costly mistake.

The Tritons would go on to defeat Bonita in the bottom of the 10th, when senior Trevor Beard laid down a sacrifice bunt with two men on, causing Bonita pitcher Nick Johnson to sail a would-be force out throw at third base into the outfield, scoring Connor Sealey from second for a 4-3 walk-off win.

It became the eighth extra-inning game the Tritons have played in this season and the sixth time they have walked away with a victory.

Trailing 3-2 in the seventh, Ankrom’s blast came on a 2-2 fastball against Bearcat’s starter A.J. Woodall, who had been nearly untouchable since allowing two Triton runs in the first inning.

“I was just trying to help my team by getting on … but he threw me an inside fastball, turned on it and it ended up going out of the park,” Ankrom said.

San Clemente will face Chino Hills in the Division 2 semifinals on June 2. A coin flip will determine home field. Chino Hills defeated San Clemente 1-0 in the second round of the playoffs last season.

The Tritons got on the board early when senior Dylan Riddle laced a two-RBI single to score Lucas Herbert and Brett O’Toole.

The Bearcats answered back with two runs in the top of the third. Justin Gomez hit an RBI double, setting up runners at third and second with two outs. In the next at-bat Herbert threw out a Bearcats’ runner on a delayed steal at second, which allowed the run from third to come in.

Bonita’s Alex Gonzalez hit a solo home run in the top of the fourth to give the Bearcats a 3-2 lead. Woodall settled into a groove and allowed only three baserunners over the next four innings.

“They outplayed us really for six innings. They played better defense, they executed better,” San Clemente head coach Dave Gellatly said. “We couldn’t get a bunt down all day long and we finally get one down and they throw it away.”

Sealey went 4-4 with a double and one run scored.

“They find ways to win … Tyler got his pitch and hit it out and really saved our season. In extra innings, Dylan came up huge for us,” Gellatly said.