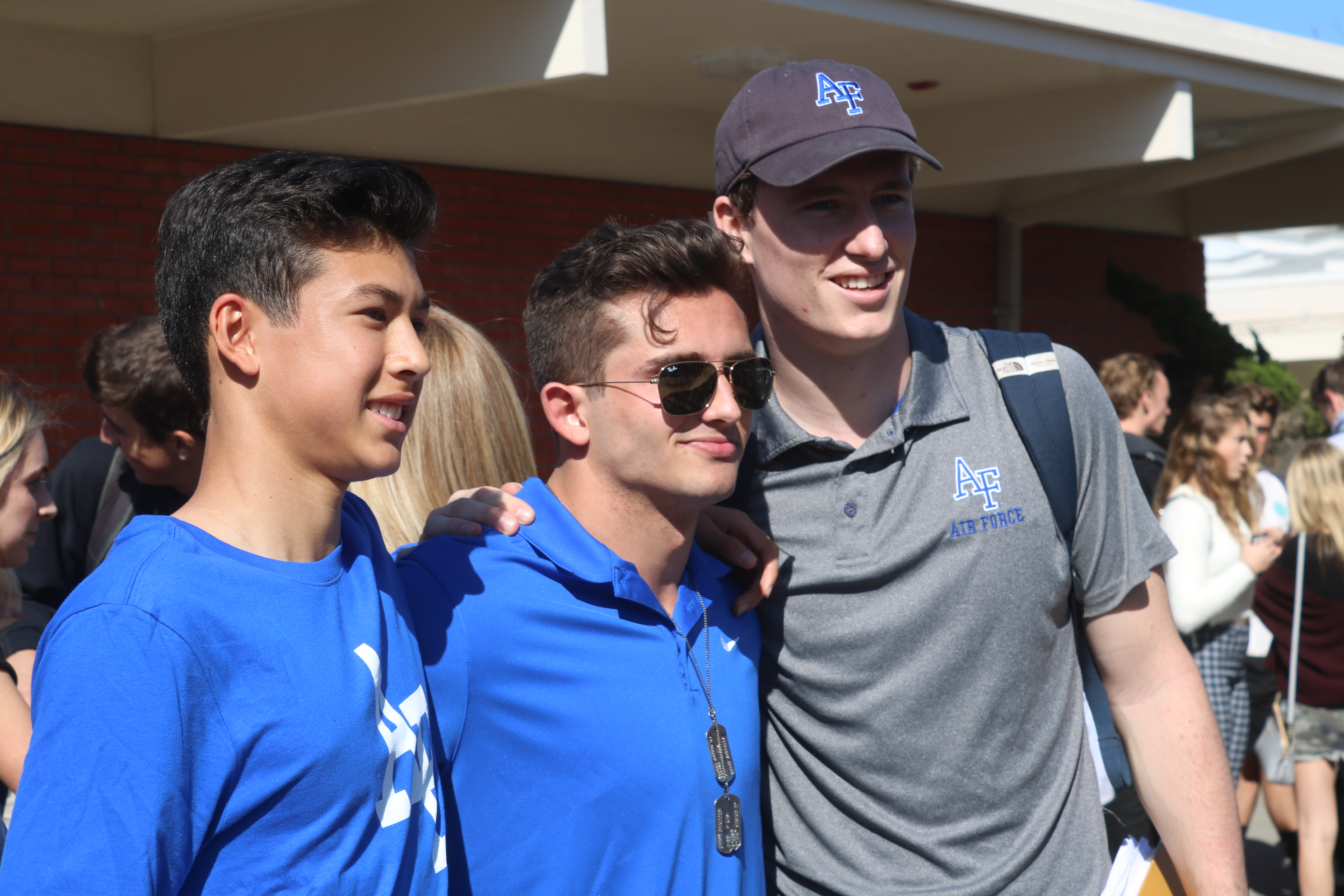 Signing Day is always an interesting tapestry of colors as the student-athletes flaunt the colors of their future university against the backdrop of the high school’s colors.

Through all that, a blue-and-white connection shone through as three members of the San Clemente football team – Chris Kane, Austin Whitsett and Tristan Trager – signed with the Air Force Academy on Feb. 7.

“It’s awesome,” Trager said of signing. “Ever since I was a young kid, I dreamed of playing in college. Just seeing all the hard work pay off throughout the years with all my coaches, my family members, it’s really rewarding to just finally be ready to go off to the next level.”

Trager was the kicker for the Tritons on the gridiron, but will go to Air Force for soccer. Kane, a tight end, will join the Falcons for football as well as Whitsett, a running back and last-minute decision.

While Kane and Trager were committed for some time, Whitsett made his decision on the morning of Signing Day.

“I just prayed about it, went to seminary this morning and took it from there,” Whitsett said. “It’s a huge weight off of my shoulders. It feels good to finally get college paid for. All the hard work pays off.”

Because of the timing of his decision, Whitsett didn’t have the branded Air Force gear to wear like Kane and Trager did. The senior made due with a look straight out of Top Gun with aviator sunglasses and dog tags hanging out of the collar of a bright blue polo shirt.

“That’s what I was going for,” Whitsett said of the Top Gun reference. “I didn’t have much Air Force gear, so I had to go with the Top Gun look. The dog tags were my grandpa’s. He served in World War II. He was an Air Force pilot.”

San Clemente honored 24 student-athletes signing their national letters of intent with colleges and universities on Feb. 7.

Here are the athletes listed alphabetically by last name with sport and school: