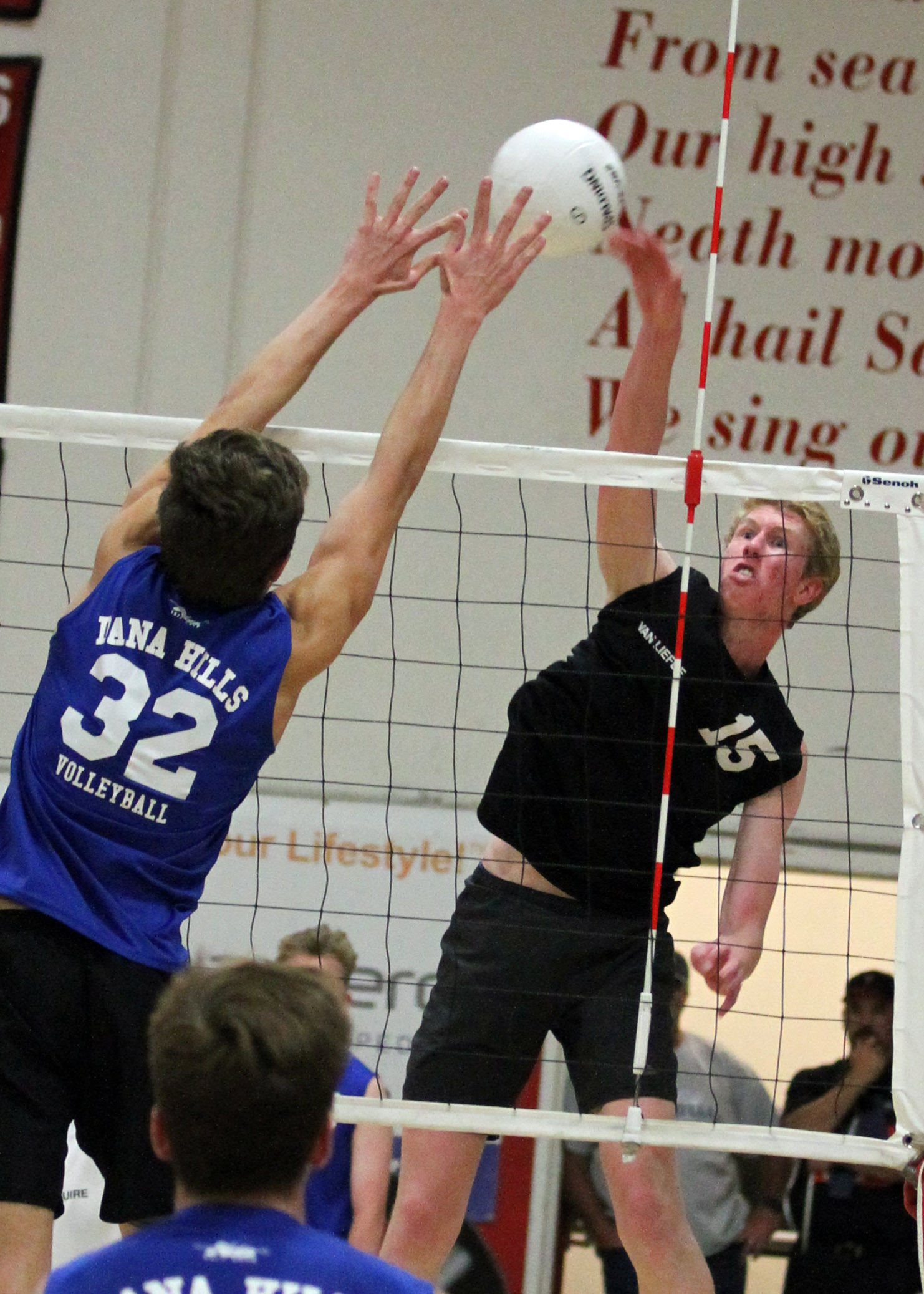 Tritons Power Their Way Past Northwood in Volleyball Playoff Opener

The San Clemente boys volleyball overcame a slow start in their opening round match of the CIF-SS Division 1 Championships on May 13 to defeat Northwood in a 25-17, 25-20, 25-11 three-set sweep.

The Tritons will travel to play Orange Lutheran out of the Trinity League in the second round on May 15.

San Clemente (26-6) came into the playoffs after defeating Capistrano Valley on May 6 and finishing second at the Redondo Classic Tournament on May 3. The match against Northwood was the first time the Tritons took the court in a week, which made it hard to find an early footing, according to head coach Ken Goldstone.

Northwood lost a first-set lead but kept it close, trailing 15-12. A kill and a block by San Clemente’s Brandon Hopper was followed up by a kill and an ace from teammate Peter Van Liefde that put the set out of Northwood’s reach.

The Timberwolves held a four-point lead early in the second set and again, the Tritons came back. The play of junior middle blockers Matt August and Hopper ignited the rally. August recorded back-to-back kills and teamed up with Hopper for an emphatic block that flipped the set and gave San Clemente a 15-12 lead.

August and Hopper finished with five kills each. Hopper led the team with two blocks.

“They’re playing great. Really they’re such a solid part of what we do. Brandon took over the first game blocking and Matt got heated up on offense, which is a bonus. We rely on them to set our defense and they do a good job,” Goldstone said.

The Tritons emptied the bench and breezed their way to a third-set win.