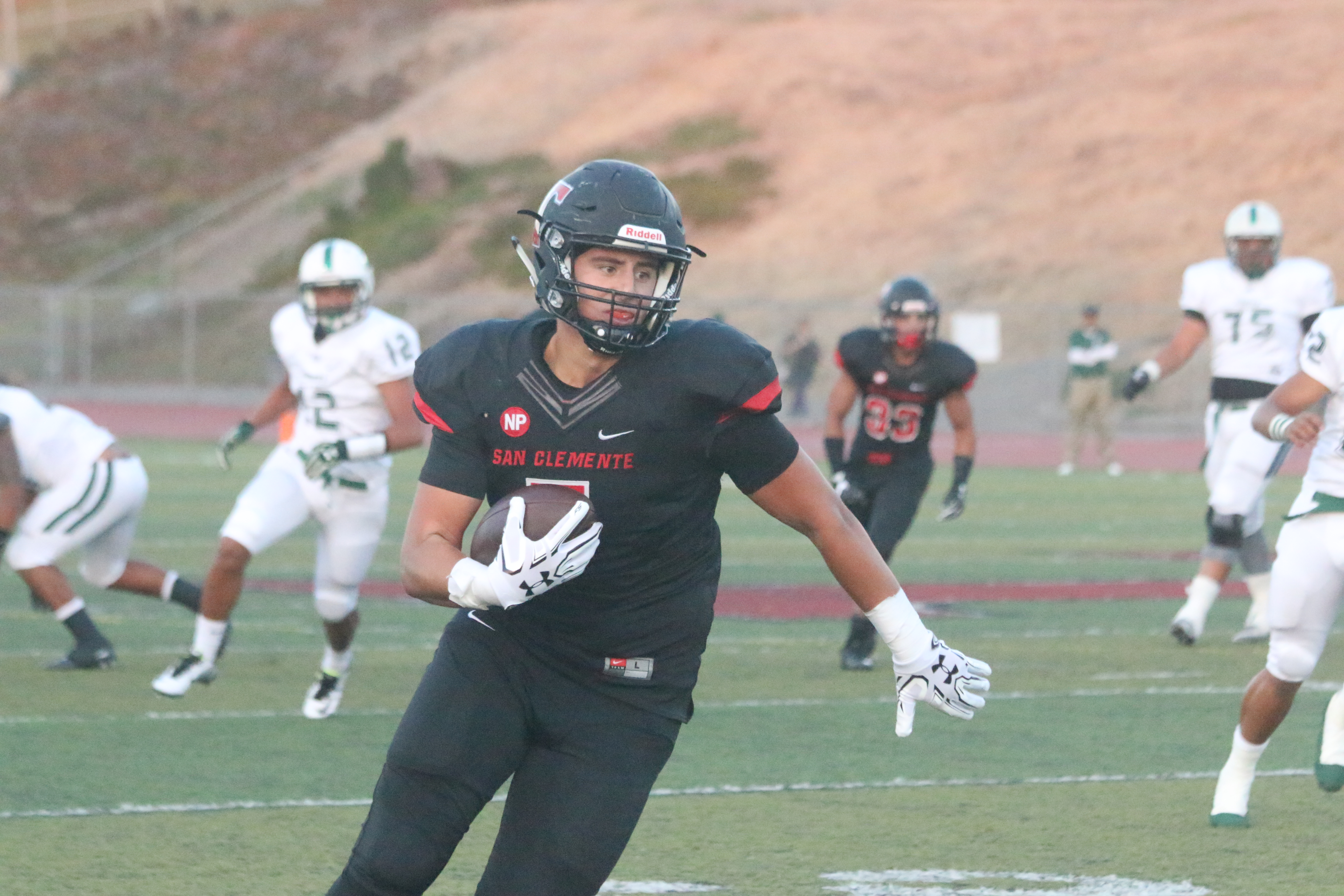 The intensity of this week’s San Clemente football practices has been palpable, according to coach Jaime Ortiz. That’s because, after breezing past visiting Roosevelt 63-3 one week ago, the Tritons know this week’s opponent will be a tougher test.

The two teams played each other last season, and San Clemente came away with a 42-26 come-from-behind victory.

Like the Tritons, La Mirada will field many of the same players as they did last season, including senior quarterback Tristan Meyer.

The Matadores’ stats and record cannot be used to properly assess where the team is at, given the quality of opponents they’ve played this season. After opening the year with a 21-14 win over Orange Lutheran, La Mirada was shut out by St. John Bosco and Mater Dei, the No. 3- and No. 1-ranked teams in CIF-SS Division 1, respectively.

La Mirada will utilize two running backs, Nick Hernandez and Anthony Melendez. The Matadores also possess speed and height on the outside at receiver, led by seniors Jeremy Clark and Elijah Hicks.

Girls volleyball head coach Tom Beard believes his team found something that can propel them toward a successful season after an appearance in the Dave Mohs Tournament this past weekend. Beard said the Tritons, who went 1-3 at the high-level tournament, played some of their best and most inspired volleyball of the year.

The Tritons entered the tournament with an 0-3 record, and their performance hinted at a step in the right direction, Beard said.

“We were in position to win both games (against Harvard-Westlake and Orange Lutheran) so they were close and we played well,” Beard said via email. “Overall, (the tournament) was a turning point for the girls. We’re finally starting to click and play to our potential.”

The Tritons will open South Coast League play on the road in a match against Aliso Niguel on Sept. 22.

The junior runners on the Tritons girls cross country team placed first in the Division 1 race at the Laguna Hills Invitational on Sept. 10. The Tritons were led by Mia McFadden, who looped the course in a time of 19:51.

The Tritons will race this weekend at the Woodbridge Invitational.