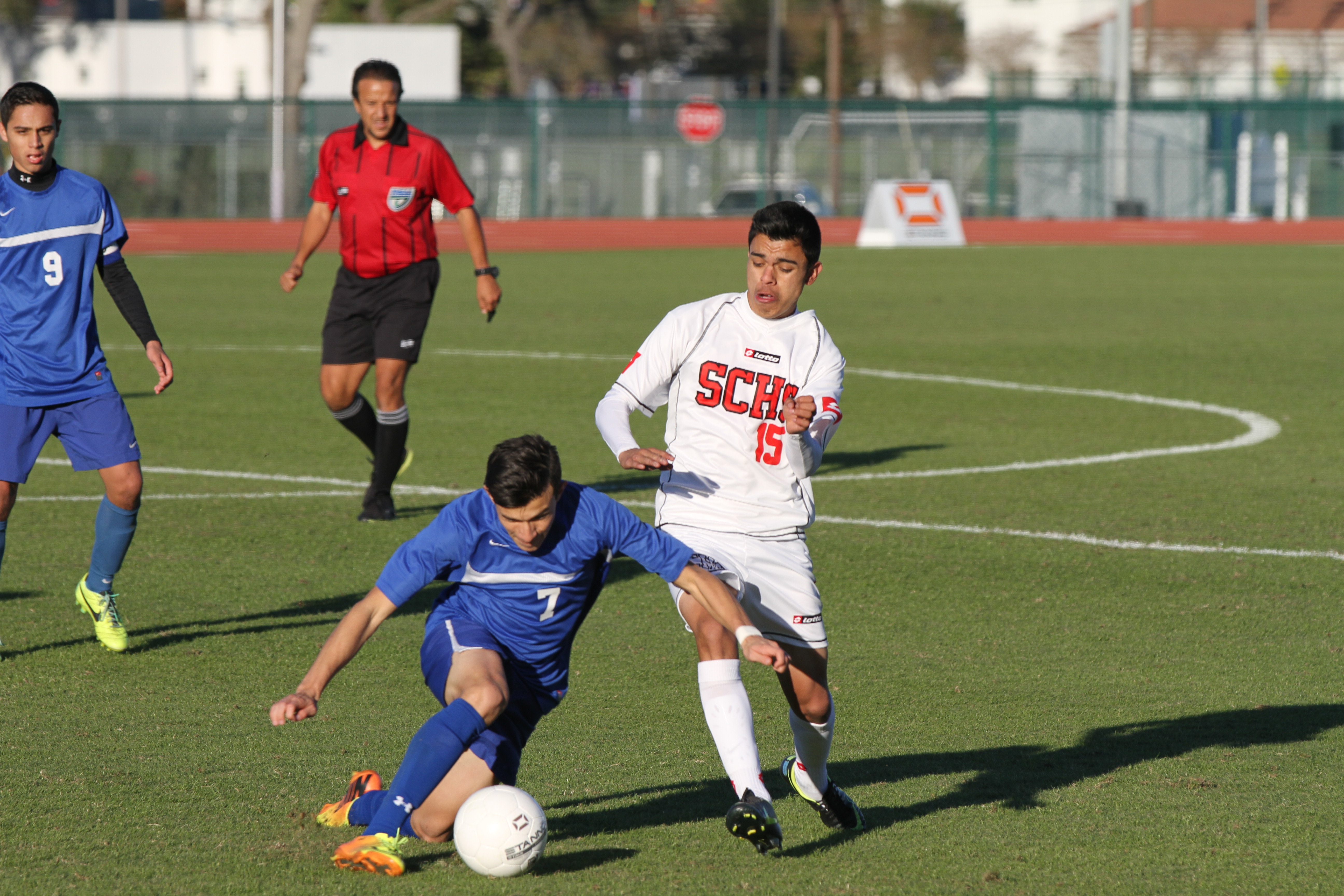 Playing in the Montverde Academy Soccer Tournament was both a blessing and a curse for the San Clemente boys soccer team.

On one hand, as their third-place finish can attest to, the Tritons (16-1-1, 2-0 league) proved they can compete against some of the best soccer teams in the country. But on the flip side, several impact players suffered injuries over the three-day stretch that will leave them slightly shorthanded in the coming weeks.

The Tritons, ranked No. 6 nationally according to www.studentsports.com, defeated West Orange (Fla.) 3-2 in the tournament’s opening round, rallying back from a 1-0 halftime deficit. Senior forward Bryce Kaminski scored twice and senior defender Dylan Struthers netted the game-clinching goal with one minute to play.

No. 4 Coppell, the defending Texas 5A State Champion, held the Tritons to only five shots in the first half of their semifinal matchup and took a 1-0 lead into the second half. Again, the Tritons rallied and outshot the Texans 9-4 in the final 40 minutes, but couldn’t get a goal to show for it and lost 2-0.

“Coppell was definitely a quality opponent. We played well enough to get ourselves back in the game but didn’t put the ball in the net,” head coach Mike Pronier said. “It was just a slow start. I’m pretty happy with the way the guys played.”

San Clemente rebounded with a 4-2 victory over American Heritage (Fla.) in the January 18 third-place match. Struthers struck home a booming goal from 30 yards out near the corner of the box and was awarded the Goal of the Tournament trophy.

Kaminski and senior midfielder Oscar Hernandez were named to the All-Tournament team.

No. 1 Montverde Academy won the tournament for the third consecutive year.

After claiming the third-place hardware, the Tritons assessed the damage done to personnel.

Senior sweeper Ethan Gacek fractured his jaw and will be out five weeks. Struthers suffered a deep bruise on his shin in the final game but was expected to play in the Tritons match against South Coast League opponent Tesoro on January 22.

One of the biggest injuries was suffered by junior midfielder Santiago di Giuseppe, who Pronier said is out indefinitely with a head injury. Di Giuseppe has four goals and a team-leading 13 assists on the season.

Before the tournament, the Tritons picked their team captains for the season, Kaminski, Hernandez, Struthers and senior Alek Cucuk. Kaminski, who has 19 goals in 17 games this season, sees the upcoming league schedule as a task the injured Tritons are up to face.

“That tournament took a toll on us. So the kids on the bench need to see what it takes to win games and take chances … we have some depth,” Kaminski said. “We haven’t reached our potential. We have so much more to come.”