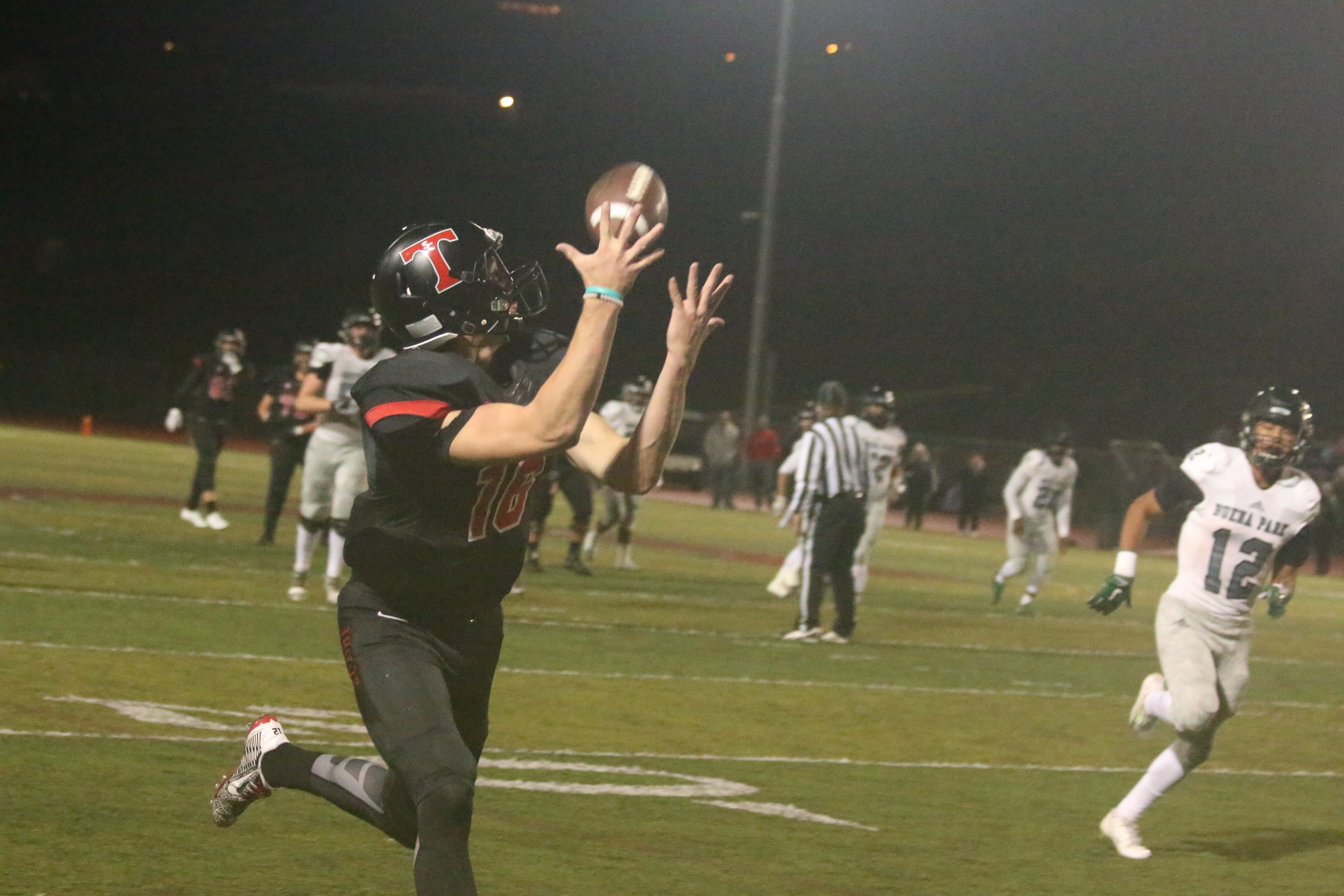 On Nov. 27, the San Clemente High School football team took one more step toward achieving the lofty goal they set for themselves at the start of the season.

Playing host to Buena Park on a chilly, windy night at Thalassa Stadium in the CIF-SS Southwest Division semifinals, the Tritons dominated in all aspects of the game, emerging with a 63-34 victory.

The Tritons will travel to play La Habra in the CIF-SS Southwest Division Championship game on Dec. 5. The site of the game is TBA.

San Clemente has now reached the Southwest Division finals for a second consecutive year. In 2014, San Clemente lost in the title game to Trabuco Hills and have successfully reloaded for another chance at hoisting the postseason hardware.

The Tritons jumped out to a commanding lead early against the Coyotes behind the efforts of their  running backs and formidable offensive line.

The Tritons got the ball back minutes later and unveiled one of two trick plays that went for a touchdown against the Coyotes. On fourth down from the Buena Park 34-yard line, the Tritons set up in punt formation, only to have quarterback Jack Sears sneak up to the line of scrimmage and handle a quick-snap. Sears pitched the ball to Dzhabiyev, who broke off a 34-yard touchdown run for a 14-0 lead.

The Triton running attack was punishing and consistent. The San Clemente backs piled up 406 rushing yards and scored four touchdowns on the night.

“I thought the kids did a real good job of controlling the line of scrimmage,” San Clemente head coach Jaime Ortiz said. “We have a good offensive line and some pretty good backs and that’s kind of what set the tempo for the game.”

The Tritons’ lead grew to 36-0 midway through the second quarter follwing a 38-yard scoring run by sophomore running back Austin Whitsett. But the  dormant Buena Park offense suddenly came alive, sparked by the linkup between quarterback Zach Taylor and receiver Jeremiah Hawkins.

Hawkins reeled in catch after catch in the second quarter, setting up a three-yard Taariq Johnson scoring pass that made it 36-7. Hawkins found the end zone on the Coyotes’ next series, hauling in a threaded strike from Taylor that cut into the Tritons lead, 36-14.

Hawkins had a game-high 213 receiving yards on 10 catches.

San Clemente ended the first half on a high note with another trick play on fourth down. Sears handed the ball off on what looked like a run play and the junior signal caller went streaking down the sideline. The ball was handed off again to senior Cole Fotheringham, a former quarterback, who sent a perfect pass downfield to Sears for a 35-yard touchdown and a 43-14 lead.

San Clemente’s lead was never in doubt in the second half.

Taylor threw a 62-yard touchdown pass to Elijah Bynum and ran in a four-yard keeper in the third quarter to trim San Clemente’s lead to 46-28. Taylor completed 29 of 41 passes for 443 yards for three touchdowns and three interceptions.