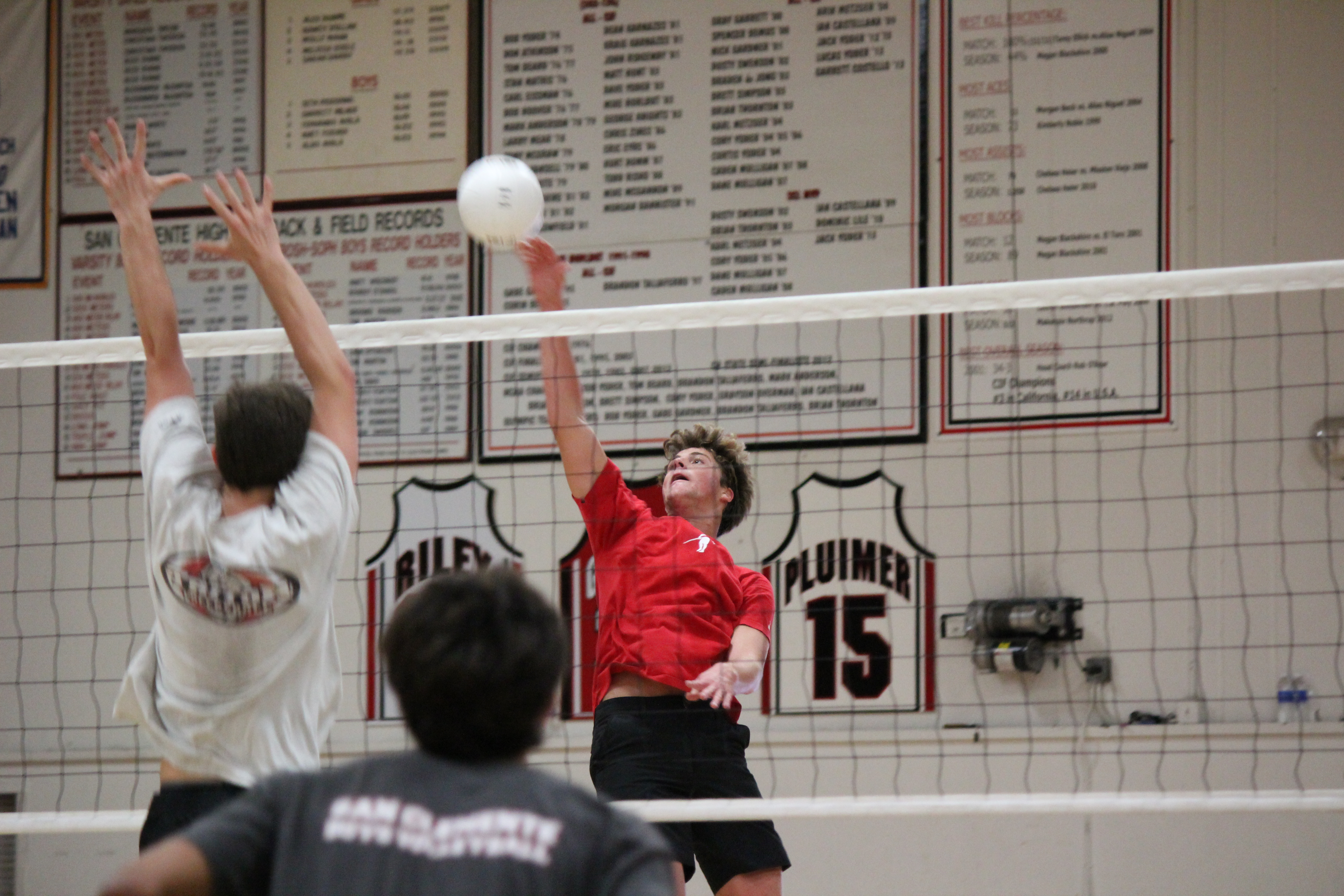 Tritons Volleyball Comes Back in Win Over Dolphins

For two games, it looked like the San Clemente boys volleyball team was going to fall victim to spring break rust. After not playing a match for 12 days, the Tritons quickly found themselves in an 0-2 hole on the road against rival Dana Hills on April 15, the Dolphins eyeing a possible three-game sweep.

But after a convincing win over their opponents in the third game, the Tritons found their rhythm and the rust was shaken off. The Tritons cleaned up their errors and won the final three games to claim a five-set, 20-25, 25-27, 25-17, 27-25, 15-12 South Coast League victory.

“That’s spring break. It took a while for us to get our rhythm. We made a lot of unforced errors those first couple of games. I told them they’re going to make mistakes, other teams, they’re going to have problems but we can’t keep compounding those with our own,” San Clemente head coach Ken Goldstone said. “I thought we kind of hung in there and played hard. I told them if we can just get a game and get some rhythm, we’ll be OK.”

San Clemente (14-4, 3-0 league) kept the match alive in the third set, going on a late 6-0 run to pad their lead to 23-13. Junior middle blocker Matt August recorded a solo block and assisted on two more during the run.

In the fourth, the Tritons benefitted from a Dolphins unforced error with the match on the line. Dana Hills (12-6, 3-1) held a 24-23 lead and could have put the match away, but instead an error was recorded at the net and the Tritons had a second chance. Another block from August and a Peter van Liefde kill made it 27-25, forcing the decisive fifth set.

Dana Hills led 10-7 in the fifth set and the Tritons tied things up following two Dolphins errors and an Aaron Strange block. Following an ace from junior Marcus McGuire that barely landed in play on the back line, junior middle blocker Brandon Hopper recorded a block and secured the match for the Tritons.