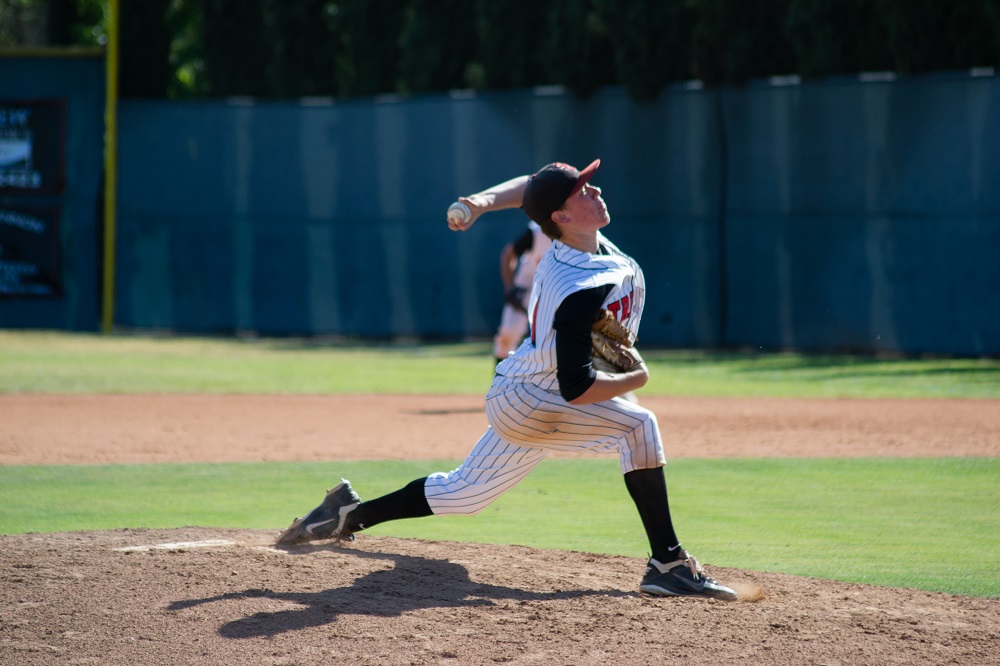 As the dog days of summer roll on, baseball charges forward.

Let’s check in on some former San Clemente High School Tritons, a trio from the Class of 2015, making waves in the ranks of professional baseball:

The 20-year-old left-hander has made a meteoric rise in the Atlanta Braves system.

Considered the Braves’ No. 5 prospect by MLB’s scouting service, Allard has advanced a level in each of his four seasons in the minor leagues.

Currently, Allard is a starting pitcher for the AAA Gwinnett Stripers of the International League. Gwinnett County is located in suburban Atlanta, and the Stripers play 36 miles east from the Braves’ ballpark.

The 6-foot-1, 190-pound hurler has started 18 games for Gwinnett this season for a 6-4 record and a 2.80 earned run average over 109.1 innings pitched. Allard has thrown 87 strikeouts against 33 walks and a .249 opposing batting average. He is on pace for career highs in wins, innings and strikeouts and career lows in ERA and batting average.

In his latest start on July 22 for the Stripers’ Christmas in July game, Allard threw five innings and allowed one earned run on three hits with six strikeouts against the Pawtucket Red Sox. He didn’t pick up the win as the game went to extra innings, but the Stripers pulled it out in the 10th inning.

He spent 2017 with the AA Mississippi Braves of the Southern League and joined Gwinnett for the 2018 season.

The 21-year-old catcher is also working his way through the Braves organization.

Herbert is in his first season with the Advanced-A Florida Fire Frogs of the Florida State League. The Fire Frogs play outside Orlando in Kissimmee, Florida.

The 6-foot, 200-pound backstop has played in 53 games for the Fire Frogs this season. Herbert is hitting for a .211 average with 15 runs, 21 RBI and four home runs. Behind the plate, Herbert has caught 328.2 innings with a .985 fielding percentage and 25 runners caught stealing.

Like Allard, Herbert was drafted by the Braves out of San Clemente High School in the second round of the 2015 MLB Draft. Herbert joined Allard with the Gulf Coast League Braves rookie ball team in 2015.

Herbert has played the entire 2018 season with the Fire Frogs.

The 21-year-old left-hander is the latest of the 2015 class to make it to the pro ranks.

Tribucher was selected out of the University of Michigan in the 14th round of the 2018 MLB Draft by the Colorado Rockies. Tribucher signed with the Rockies on June 13 and was assigned to rookie ball.

Tribucher has played nine games for the Grand Junction Rockies of the Pioneer League. The 6-foot-3, 210-pound thrower has put together a 1-1 record with a 3.38 ERA, 18 strikeouts and a .179 opposing batting average.

Tribucher’s best outing for Grand Junction was his first appearance on June 23. He threw two innings and allowed no runs and no hits with five strikeouts and 19 strikes on 24 pitches.

This season at Michigan, Tribucher earned a 4-4 record and four saves with a 3.44 earned run average and 43 strikeouts.