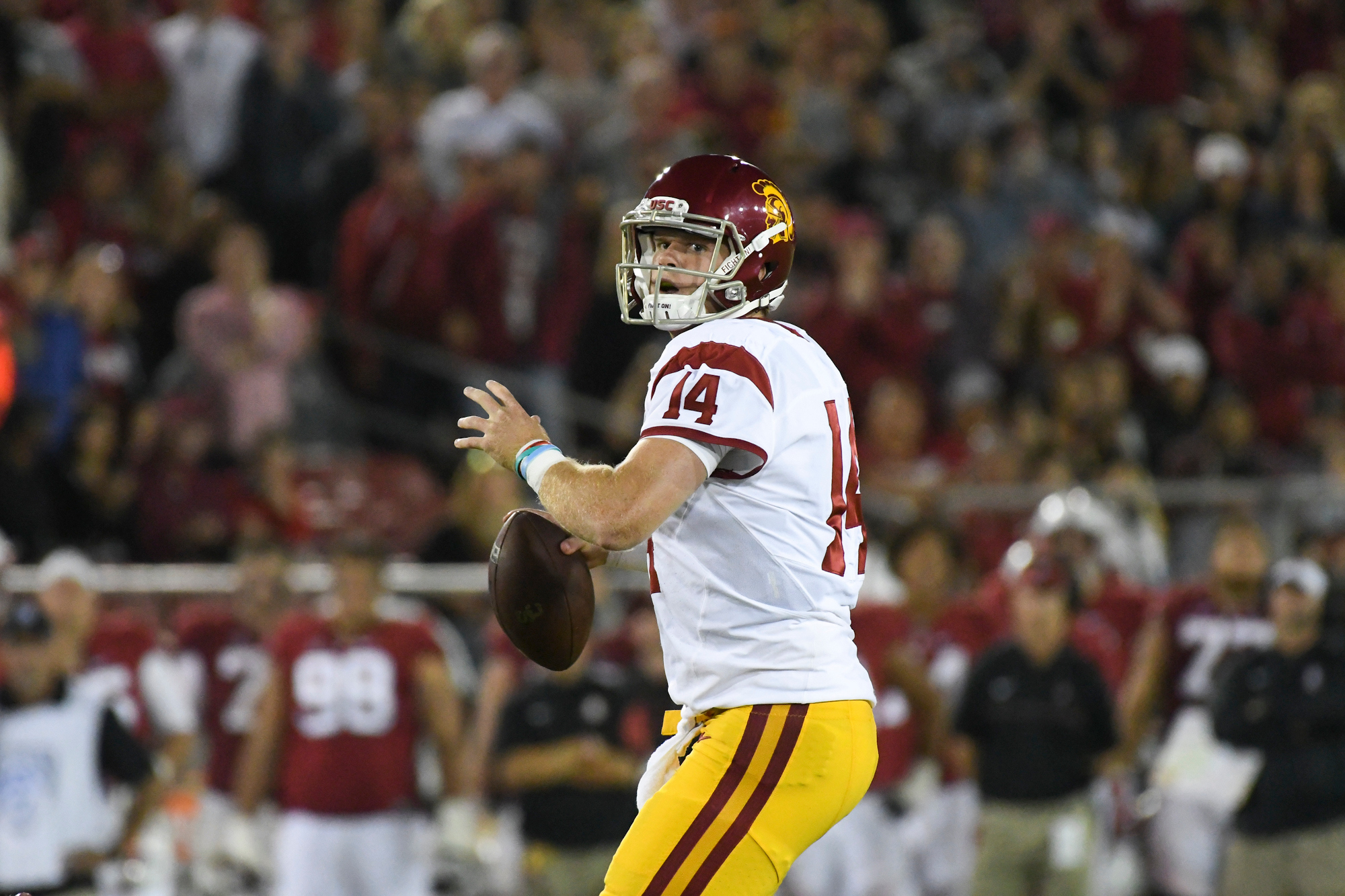 Redshirt freshman will start under center against Utah

Three games into the season and the USC football team is making a change at quarterback. San Clemente’s Sam Darnold, a redshirt freshman, is getting the nod to start under center for the Trojans.

Darnold, who is taking over the position formerly occupied by redshirt junior Max Browne, will start for USC when they travel to play No. 24 Utah on Sept. 23. The program announced the quarterback change on Sept. 19.

The Trojans (1-2) are off to a sluggish start, and head coach Clay Helton has iterated that his offense is in need of a spark. In three games, Browne has completed 55 of 87 passes for 474 yards, two touchdowns and two interceptions. Darnold has seen considerable time while serving as the team’s backup, and has been featured prominently in the red zone. Darnold has completed 14 of 22 passes for 136 yards and two touchdowns. Darnold’s skill at extending plays with his legs, coupled with his strong arm, gives the Trojans a more dynamic option under center.

USC, playing one of the toughest schedules in the nation, lost its season-opener against top-ranked Alabama, 52-6, beat up on Utah State in a 45-7 victory, and were shut down by seventh-ranked Stanford, 27-10, on Sept. 17. The Trojans could muster just one offensive touchdown against the Cardinal last weekend.

USC needs to win, and fast. Since taking over as coach in the wake of the Steve Sarkisian fiasco, the Trojans have a 1-4 record under Helton.

The competition between Browne and Darnold had been close all offseason. Throughout training camp, Helton held off on naming the Trojans’ starter and let the two battle it out for the job. Browne was eventually given the nod, but Darnold impressed enough to lengthen the process and remain a presence on the depth chart. Darnold appeared in the team’s first game against Alabama and has appeared in every game this season.

The Trojans’ matchup with the undefeated Utes is chock-full of storylines, aside from Darnold’s anticipated debut as starter. USC won last year’s matchup against Utah, 42-24, but the two would go on to split the Pac-12 South crown. Darnold was also heavily recruited by Utah while in high school, and they were among a small group of schools that made his final list of potential suitors.

Utah (3-0) has defeated Southern Utah, BYU and San Jose State, respectively, to start its season. The game between Utah and USC will air on FOX Sports 1 at 6 p.m.