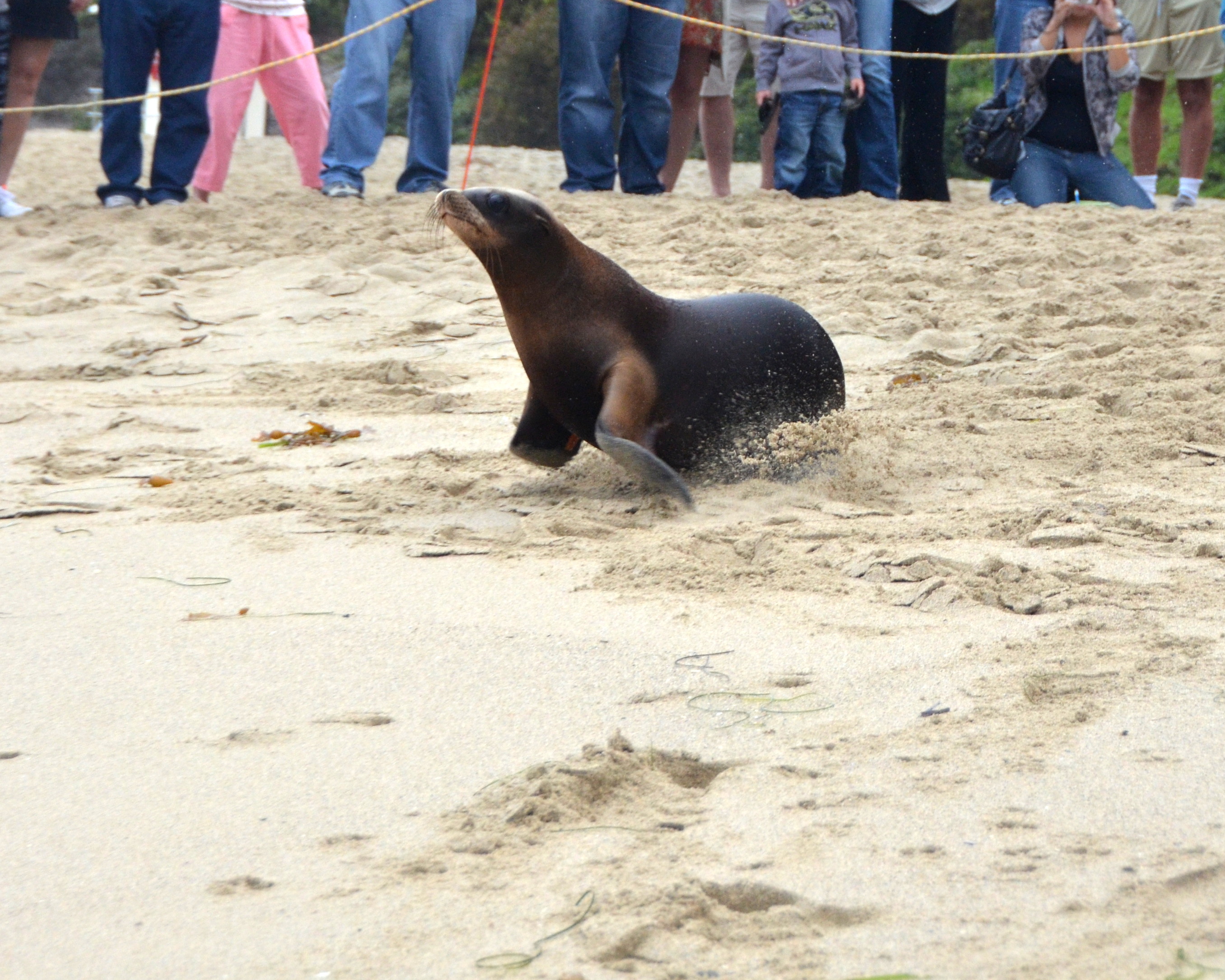 By Andrea Swayne and Jim Shilander

Months after being found stranded on a San Clemente beach, sea lions Grace and Evanora were released back into the ocean by the Pacific Marine Mammal Center Sunday in Laguna Beach.

During the winter and spring, hundreds of malnourished sea lion pups were discovered all along Southern California beaches in one of the largest recorded mass-strandings ever. The cause of the large increase over previous years remains unclear.

At one point, the PMMC, located in Laguna Beach, housed 167 sea lion pups, 10 times its typical number of spring season rescues. The organization responded to 340 rescue calls from January to April.

Keith Matassa, the center’s executive director, called the unprecedented number of strandings, “the most catastrophic event” the center has ever seen.

“We did everything we could to rescue each animal in need and have been working tirelessly for the last six months to get them all well enough to return home,” Matassa said in a statement.

Grace was picked up by the PMMC on February 26, weighing in at only 26 pounds, about half of what she should have weighed for her age. According to PMMC spokeswoman Melissa Sciacca, Grace’s condition was so critical, the animal required feeding assistance for over two months.

“Evanora” was rescued less than a month later, also significantly underweight at only 22 pounds and suffering from facial lacerations.

More than 120 sea lions have been tagged and returned to the ocean in south Orange County over the last several months. Monitoring of those pups has continued since their release. Another pup, “Roscoe,” was recently tracked via satellite tag, off the Newport coast and later seen by rescuers who reported the animal appeared to be back at a healthy weight and thriving in the wild.

The more than 1,400 stranded pups have been declared an “unusual mortality event” by the National Oceanic and Atmospheric Administration’s National Marine Fisheries Service and remains the subject of ongoing research. The nonprofit center continues to go through over 300 pounds of fish per day as efforts to rehabilitate the sea lions in their care continue.