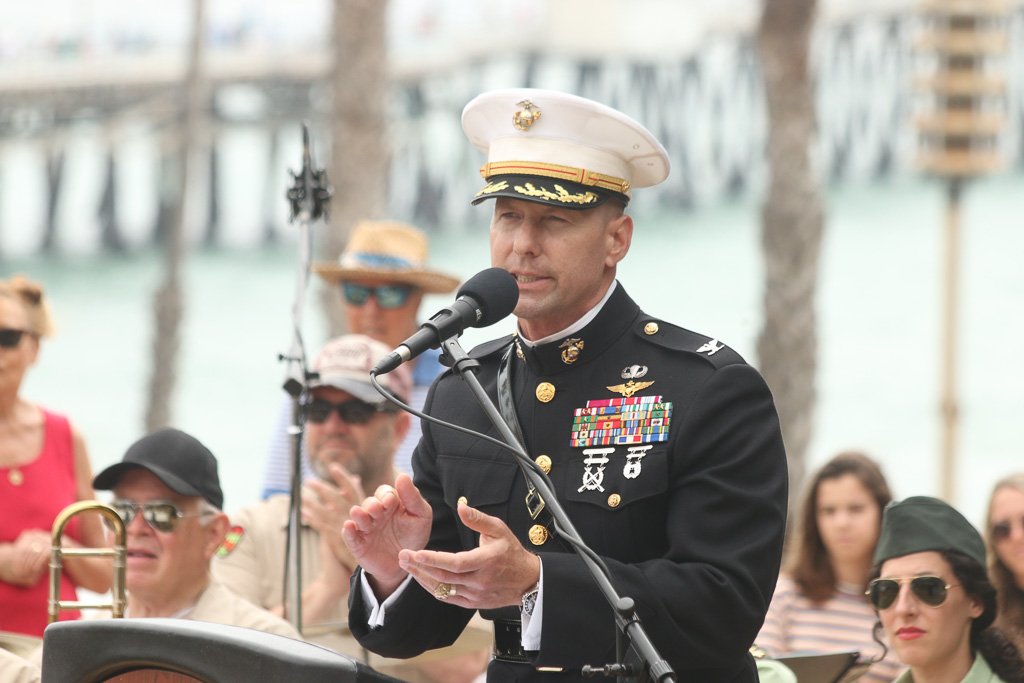 The ceremonies in honor of Memorial Day that are hosted in San Clemente each year draw thousands to remember American veterans lost at war and to support those who came back.

The first ceremony took place at the San Clemente Community Center, where rows of people attended speeches from military veterans, city officials and others.

Wayne Greenleaf, a San Clemente resident and former member of the U.S. Navy, stands as he’s recognized with other members of the military on May 28 for Memorial Day.

Wreaths are presented to honor those who have died while serving in the military during a ceremony on May 28 in recognition of Memorial Day.

A U.S. Army veteran stands as he’s recognized with other former members of the military on May 28 at the San Clemente Community Center.

People stood when recognized in their respective military branches during a ceremony for Memorial Day at Park Semper Fi on May 28.

The Pete Jacobs Wartime Radio Revue Band performed on May 28 at Park Semper Fi for the Memorial Day ceremony.

It was a family affair at the Memorial Day ceremony on May 28 at the San Clemente Community Center.