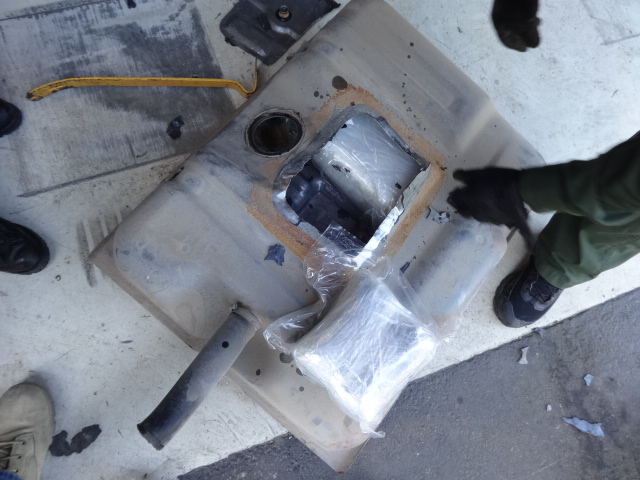 The U.S. Border Patrol reported on Thursday, Feb. 16, that its agents seized a heroin and methamphetamine load valued at more than $400,000 on Tuesday, Feb. 14, on northbound Interstate 5 about five miles south of San Clemente.

The driver was arrested and turned over to the Drug Enforcement Administration, along with the narcotics.  The vehicle was seized by the U.S. Border Patrol.

“To prevent the illicit smuggling of humans, drugs, and other contraband, the U.S. Border Patrol maintains a high level of vigilance on corridors of egress away from our Nation’s borders,” the release stated. Suspicious activity can be reported to the U.S. Border Patrol by calling the San Diego Sector at 619.498.9900.