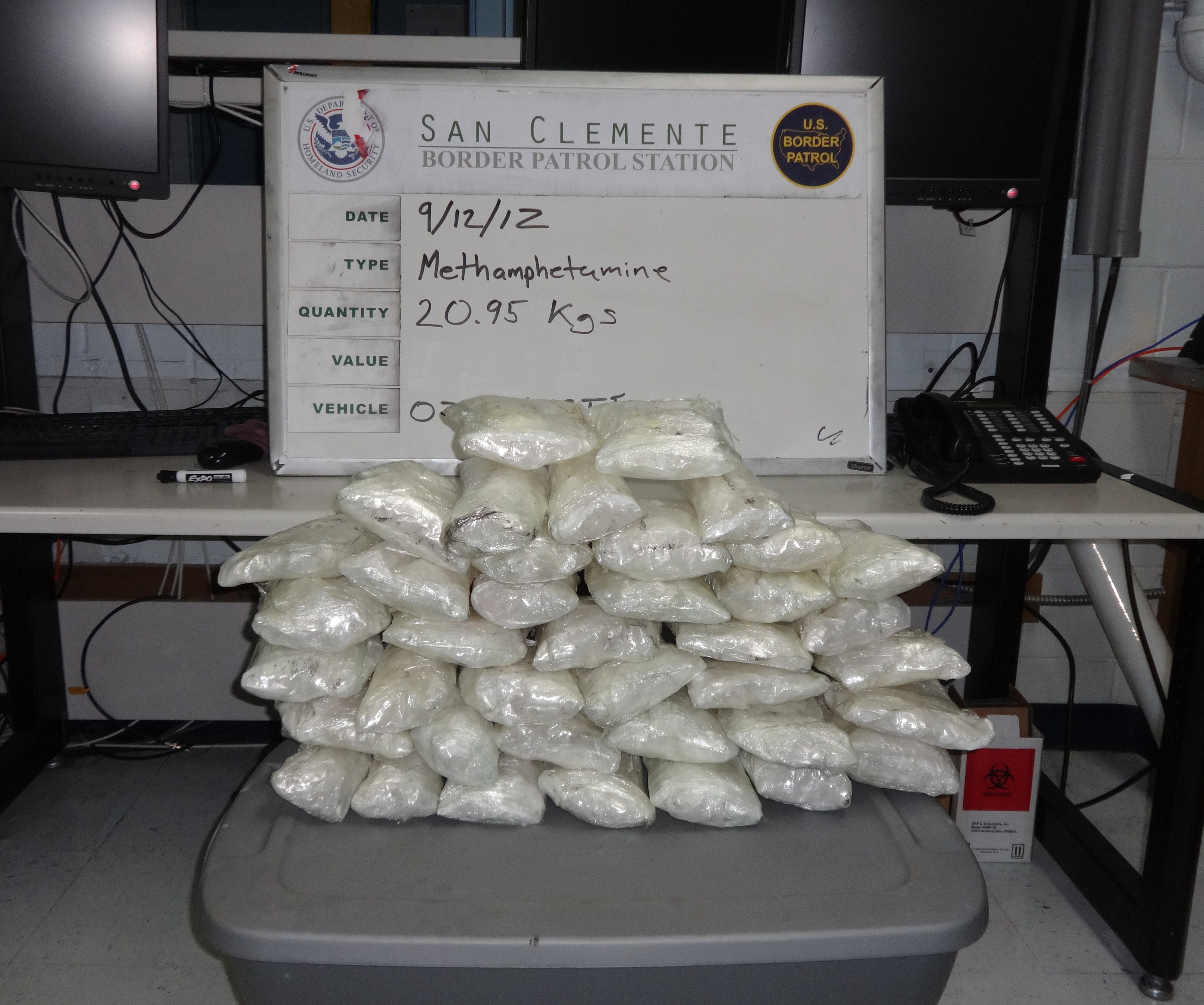 U.S. Border Patrol: Man Arrested with 46 Pounds of Meth at I-5 Checkpoint South of San Clemente

A checkpoint inspection on Tuesday evening by U.S. Border Patrol agents led to the arrest of a 26-year-old man who was smuggling bundles of meth inside his car.

At approximately 5 p.m., agents at the U.S. Border Patrol checkpoint on Interstate 5 near San Clemente referred a male U.S. citizen for a secondary inspection.  Once in secondary, a Border Patrol K-9 alerted to the man’s 2003 Volkswagen Golf.  A search of the vehicle revealed 39 bundles of crystal methamphetamine hidden inside the car’s rear quarter panels.

The man was arrested for narcotics smuggling and turned over to the Drug Enforcement Administration along with the narcotics.  The vehicle was seized by the U.S. Border Patrol.