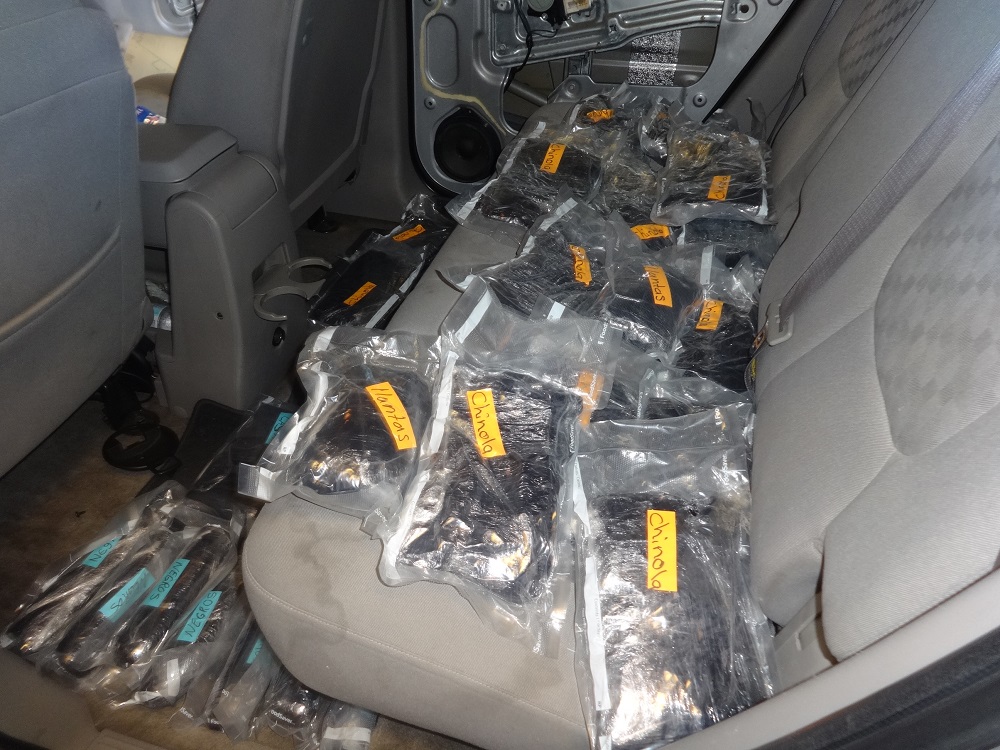 A vehicle stop by U.S. Border Patrol agents on Tuesday afternoon, July 11, led to the arrest of a 45-year-old man and the seizure of narcotics valued at more than half a million dollars.

At approximately 1 p.m. yesterday, agents conducted a vehicle stop on the driver of a 2006 Chevrolet Equinox near Basilone Road on Interstate 5.  As agents interviewed the driver, a Border Patrol K-9 alerted to the man’s SUV. Agents searched and discovered 41 bundles of assorted narcotics hidden inside the vehicle door panels.

The man and the narcotics were turned over to a task force headed by the Drug Enforcement Administration.  The vehicle was seized by the U.S. Border Patrol.