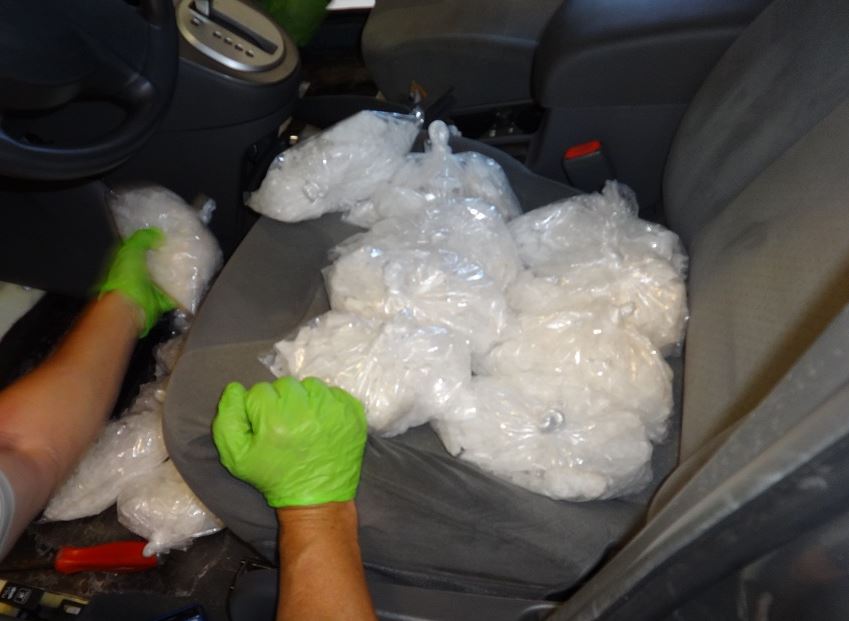 U.S. Border Patrol agents arrested a 38-year-old man who is suspected of smuggling more than $100,000 worth of crystal methamphetamine on Sunday, May 21, morning near San Clemente.

At about 11:15 a.m., agents encountered the man, who was driving a Nissan Sentra sedan, at a gas station on Avenida Pico, near Interstate 5. During the encounter, a Border Patrol K-9 conducted a sniff of the vehicle, and produced a positive alert.

Agents searched the interior of the Nissan Sentra and discovered a secret compartment built into the vehicle’s floorboards.  Agents extracted 40 bundles of crystal methamphetamine from the compartment and arrested the driver.

The suspected smuggler and narcotics were turned over to the Drug Enforcement Administration.  The Nissan Sentra was seized by the U.S. Border Patrol.

“To prevent the illicit smuggling of humans, drugs, and other contraband, the U.S. Border Patrol maintains a high level of vigilance on corridors of egress away from our Nation’s borders,” a press release stated. “To report suspicious activity to the U.S. Border Patrol, contact San Diego Sector at 619.498.9900.”