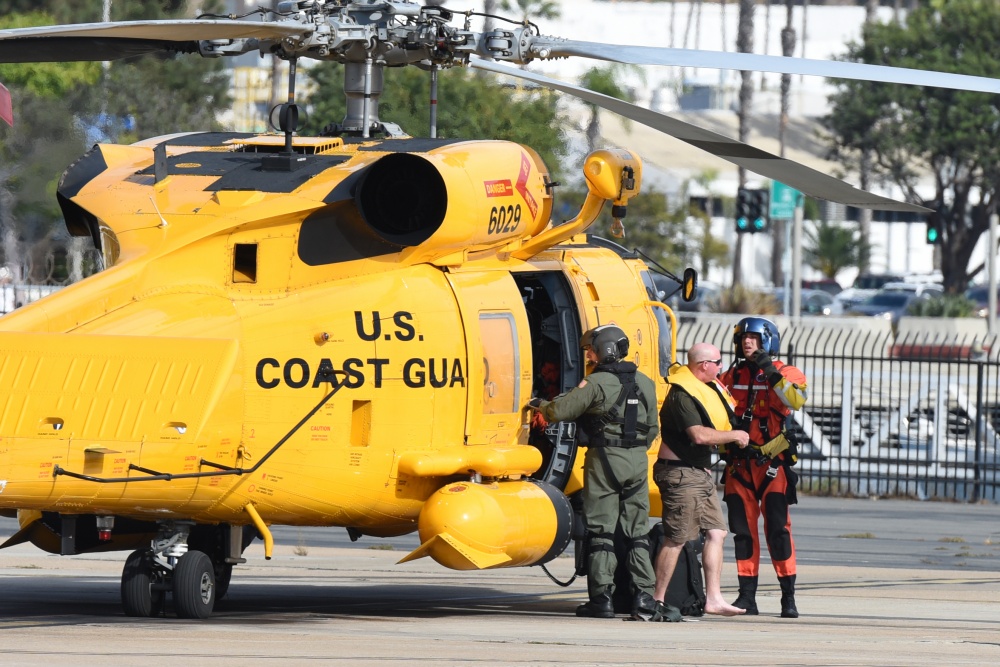 U.S. Coast Guard officials reported they rescued a man after his vessel began taking on water on Nov. 6 off the coast of San Onofre State Beach in San Clemente.

“At approximately 11:20 a.m. on Nov. 6, a man aboard an 18-foot boat contacted watchstanders at Coast Guard Sector San Diego’s Joint Harbor Operations Center and reported that his vessel was taking on water approximately 12 miles west of San Onofre State Beach,” a press release from the Coast Guard stated.

U.S. Coast Guard officials said what caused the boat to sink has not yet been determined.

At approximately 12:45 p.m., The man abandoned his vessel after it began to rapidly sink. The Jayhawk crew deployed a rescue swimmer to rescue him.

He was transported to Coast Guard Sector San Diego with no reported injuries.