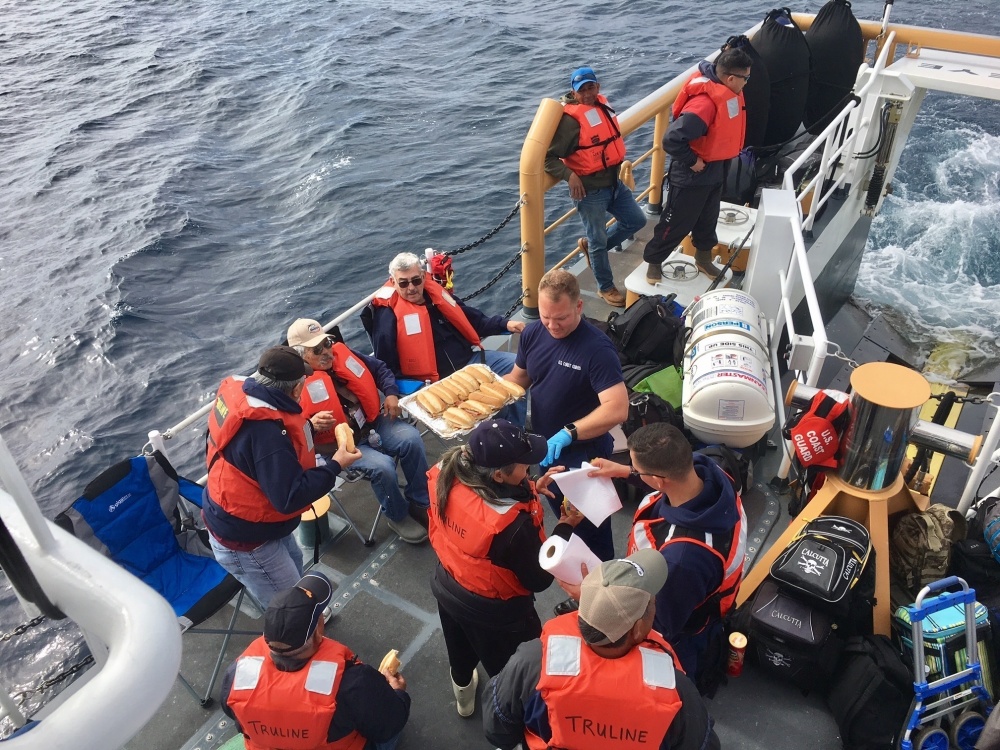 The Coast Guard received a call at 2:51 a.m. on Sunday from the charter fishing vessel, named Truline, and sailors said they struck a “submerged object” and started taking on water about one half-mile south of San Clemente Island.

Coast Guard officials stated in a press release that they sent out a helicopter crew and a rescue response boat. A U.S. Navy ship operating in the area was also diverted to the location.

No injuries were reported in the incident.

“The Navy crew arrived on scene and assisted with dewatering the Truline,” the release stated. “At approximately 7 a.m., the Sockeye’s crew (a Coast Guard boat) arrived to relieve the Navy crew. Sockeye’s crew was able to keep up with the flooding, and the Truline (was) be escorted to Newport Beach, California.”

Vessel Assist San Pedro arrived later and took over transferring the Truline to Newport Beach. The vessel was based out of San Pedro.

The Coast Guard is investigating the situation as to how the ship started taking on water and what it may have struck.