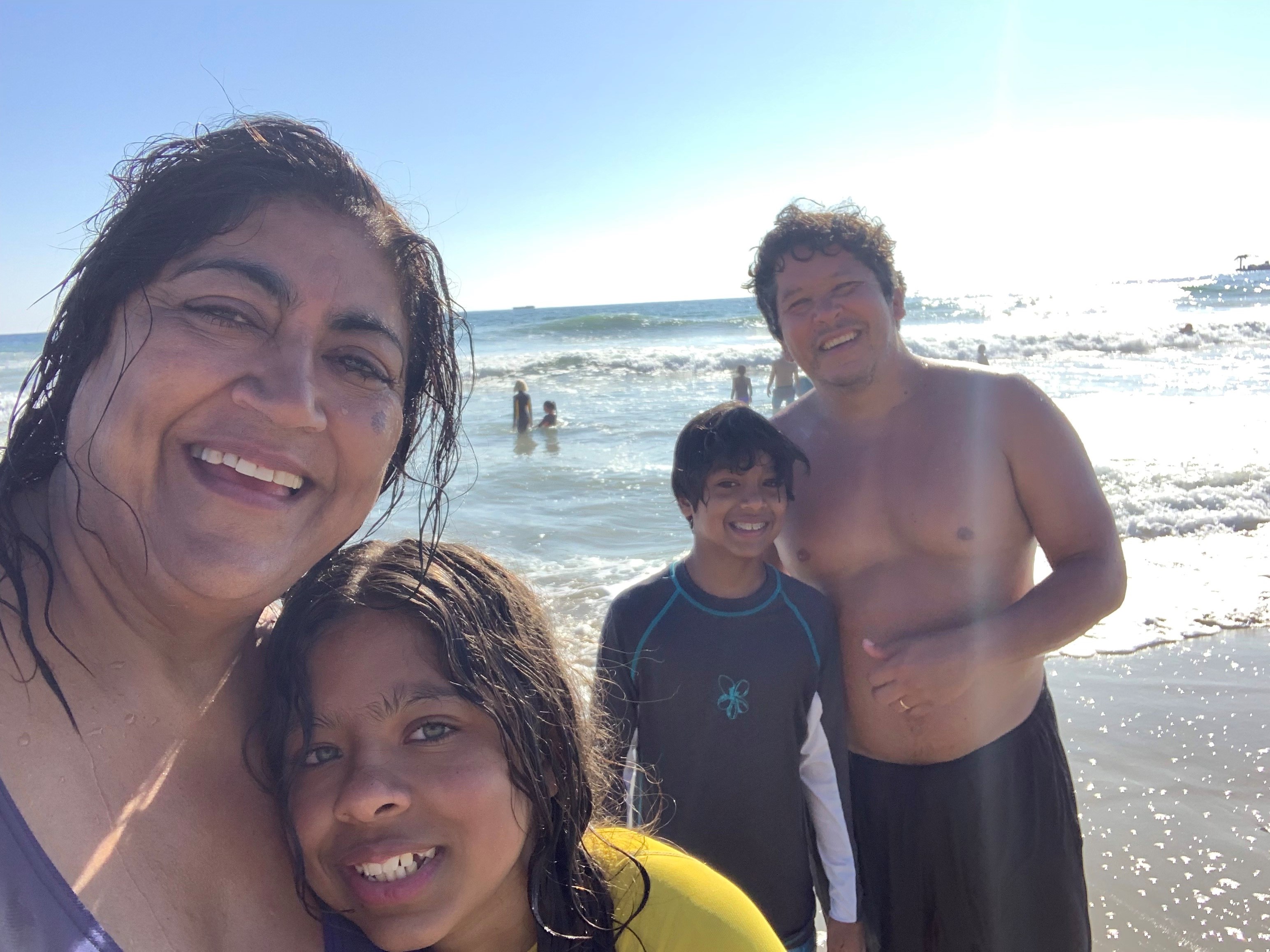 Gurinder Chadha, director of the new film Blinded by the Light, made a special phone call to the San Clemente Times last week after she and her family made an unexpected visit to the local T.J. Maxx on their way to the beach.

Chadha is an English film director of Indian origin. She was a BBC news reporter before she began directing award-winning documentaries and later, films. Most of her films explore the lives of Indians living in England, where she grew up. Her films include Bend It Like Beckham (2002), Angus, Thongs and Perfect Snogging (2008), It’s a Wonderful Afterlife (2010) and Viceroy’s House (2017).

Her latest feature, Blinded by the Light, in theaters now, is a biographical musical comedy-drama about a Pakistani teenager and aspiring writer, Javed, who becomes inspired by the music of Bruce Springsteen.

After the release of the film, Chadha said she and her family decided to take a one-week long holiday at The Ranch at Laguna Beach.

They recently visited beaches in Dana Point and San Clemente, where her twin 12-year-olds, Kumiko and Ronak, could go surfing and play in the water. Ronak plays young Javed in Blinded by the Light.

Chadha’s husband is Paul Mayeda Berges, who grew up in Redondo Beach.

One day on their way to the beach, Chadha realized she had left her and her daughter’s swimsuits back at the hotel, and her husband also forgot his wallet.

Not wanting to waste time and drive back, Chadha said, “We fished around and got a little bit of change from the car and other places.” The family hoped to make a quick stop by the T.J. Maxx in San Clemente to pick up some bargain swimsuits for the day.

“The kids were very embarrassed, because I was looking in the bargain clearance for swimsuits, so we could go swimming,” Chadha told the San Clemente Times.

“My husband was trying to teach them the value of money,” said Chadha. “We had $20 to get bathing suits and lunch. They wanted to buy other stuff, but we said no, because we still had to get two sandwiches out of the money we had.”

They also had to factor in paying for parking at the beach.

But then, luck arrived.

A lady inside T.J. Maxx approached Chadha and admitted she had overheard them talking. The woman said she worked in education and was visiting relatives in town.

“We insisted on taking her name to give it back—she wouldn’t hear of it,” said the London resident, whose net worth is $4 million.

“She said, ‘No, no . . . my reward is enough to make sure that you guys have enough for sandwiches for lunch.”

“What a lovely story in San Clemente!” she exclaimed in her quintessential British accent. “Honestly, I just thought—I needed to tell someone. We’ve had a brilliant time here and will be back!”