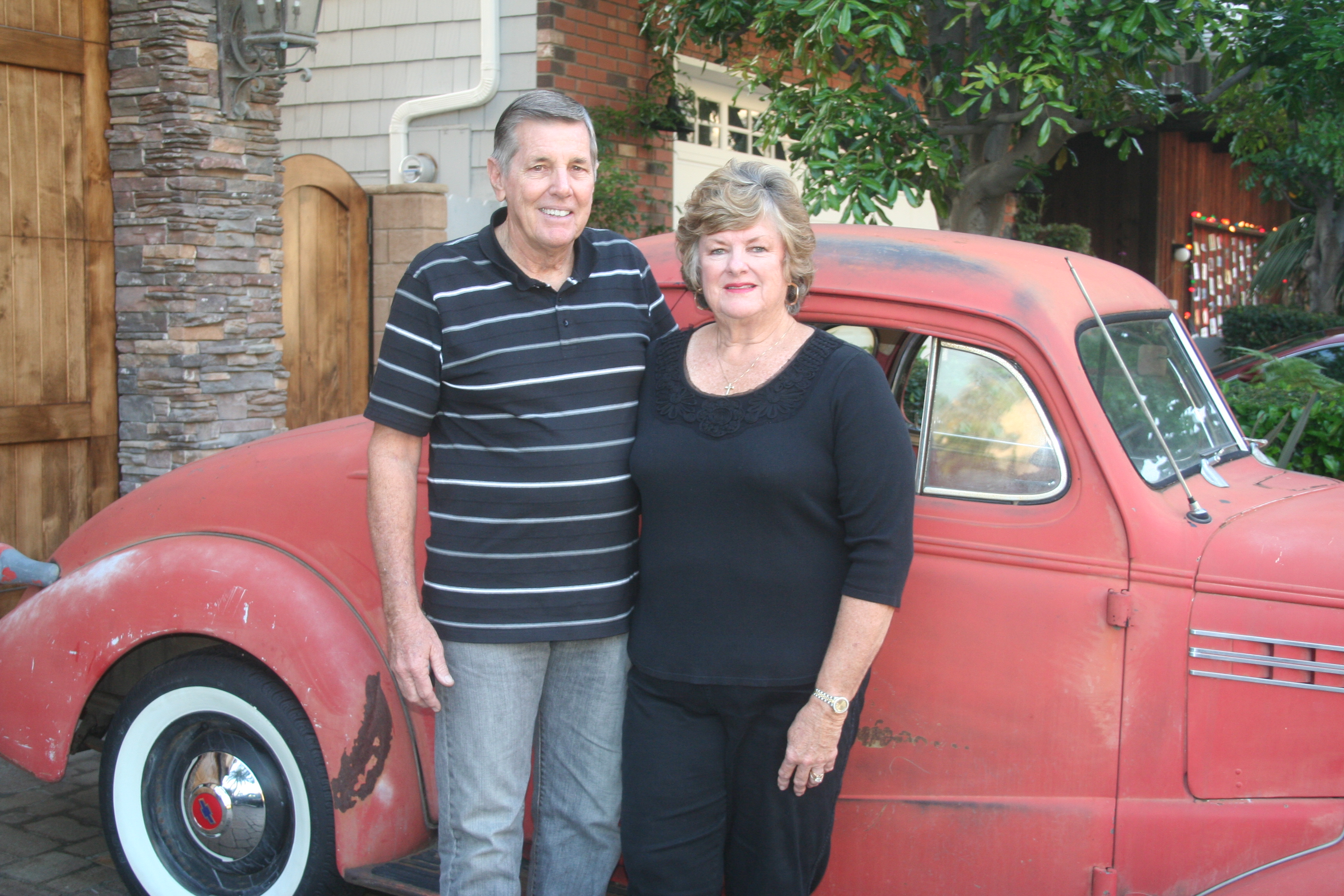 Lonnie Laster has restored classic cars for years. But he was never expecting the opportunity to get a second chance at his first car.

Laster, who lives with his wife Pam in Capistrano Beach, was given his first car by his grandparents in 1959, when he was 14. Laster’s grandfather, Roy Sharp, originally bought the 1938 Chevrolet coupe in 1942, from a Japanese neighbor who was preparing his family for relocation to a World War II internment camp. The neighbor was trying to get rid of as much as he could, so he proposed a deal.

“They wouldn’t sell him the car unless my grandfather also agreed to take their dog,” Laster said. “So we named the car after the dog, Margie.”

Laster said his grandfather had originally intended to give the car to his older brother, Eddie, who was about to get his license.

“He was going to fix it up, but then he decided he wanted something that would actually run. So he gave the car to me,” Laster said.

Since he wouldn’t be a licensed driver for another year or so, Laster set to work fixing up the car, which his grandfather had been driving for 20 years.

“I didn’t have my license, so I started tearing the car apart. Any nut or bolt I could take off, I took off. I cleaned everything and put it back together… I had the car painted bright red, and took it down to Tijuana for ‘tuck and roll’ upholstery.”

It was in the “Little Red Coupe,” that Lonnie and Pam rode around in when they began dating in October 1961. Less than a year later, Eddie borrowed the car and took a trip to Balboa Island, where he met his own future wife.

Lonnie left the car at home when he attended school at UC Santa Barbara, so other family members drove it while he went to school. After graduating, Lonnie took the car back and began raising a family with Pam. Since the car had only one bench seat, it wasn’t really a practical car for a family of five, so Lonnie and Pam sold the car in 1977. Shortly thereafter, he bought a similar model, this one with two rows of seats, which he also worked to restore.

Laster figured he’d seen the last of the old ’38 Chevy after he’d sold it, but he kept up his hobby of restoring cars that had begun with “Margie.”

After beginning work earlier this year on a 1940s Ford pick-up truck, Laster ventured up to a mechanic he’d frequently used on his cars in La Crescenta. It was there he made the discovery that brought him back a lifetime.

“I noticed, in the back, with all the junk cars and parts, a car that looked like the one I had.” After getting help with his truck, Laster decided to a closer look at what was there.

The car had been sold again in 1988, Laster discovered, and been stored at the mechanic’s, who was a friend of the new owner.

“Nobody had done anything to it. It’d been driven only a little bit. I told the man at the mechanic’s ‘I’ve got to have this car.'”

To clinch it, the day he spotted the car, August 27, was his 46th wedding anniversary. The car’s old registration cars were still there to boot.

But Laster wasn’t the first person to see something special about the car sitting in the back. Many others, he was told, had made offers to the new owner, but he hadn’t taken any of them up. The new owner was initially reluctant to part with the car, but finally relented after he was sent some of the photographs Laster had taken with the car as a teenager.

To make the timing of the discovery even sweeter, Laster had his 50th class reunion coming up. He got to work immediately on the car. He kept the current paint job, the one he’d applied as a teenager, but had repairs done to the electrical system, brakes and everything else on the car that wasn’t in good condition. The motor, he noted, was still pristine.

The car took two prizes at the car show that accompanied the reunion, where one person said he remembered Laster’s brother dropping him off at school nearly 50 years earlier.

“He used to pay my brother 35 cents a week,” Laster noted. “My mother used to take it up to Los Angeles to visit her sister. It seemed like everyone in the family had some connection to it.”

There’s still some additional work still to be done to Margie. Laster said the water pump needs to be replaced, and there are still a few oil leaks to plug. But that doesn’t change what having the old car means to him, Laster said. “People find their cars, but they don’t find it in the exact condition it was in 50 years ago.”