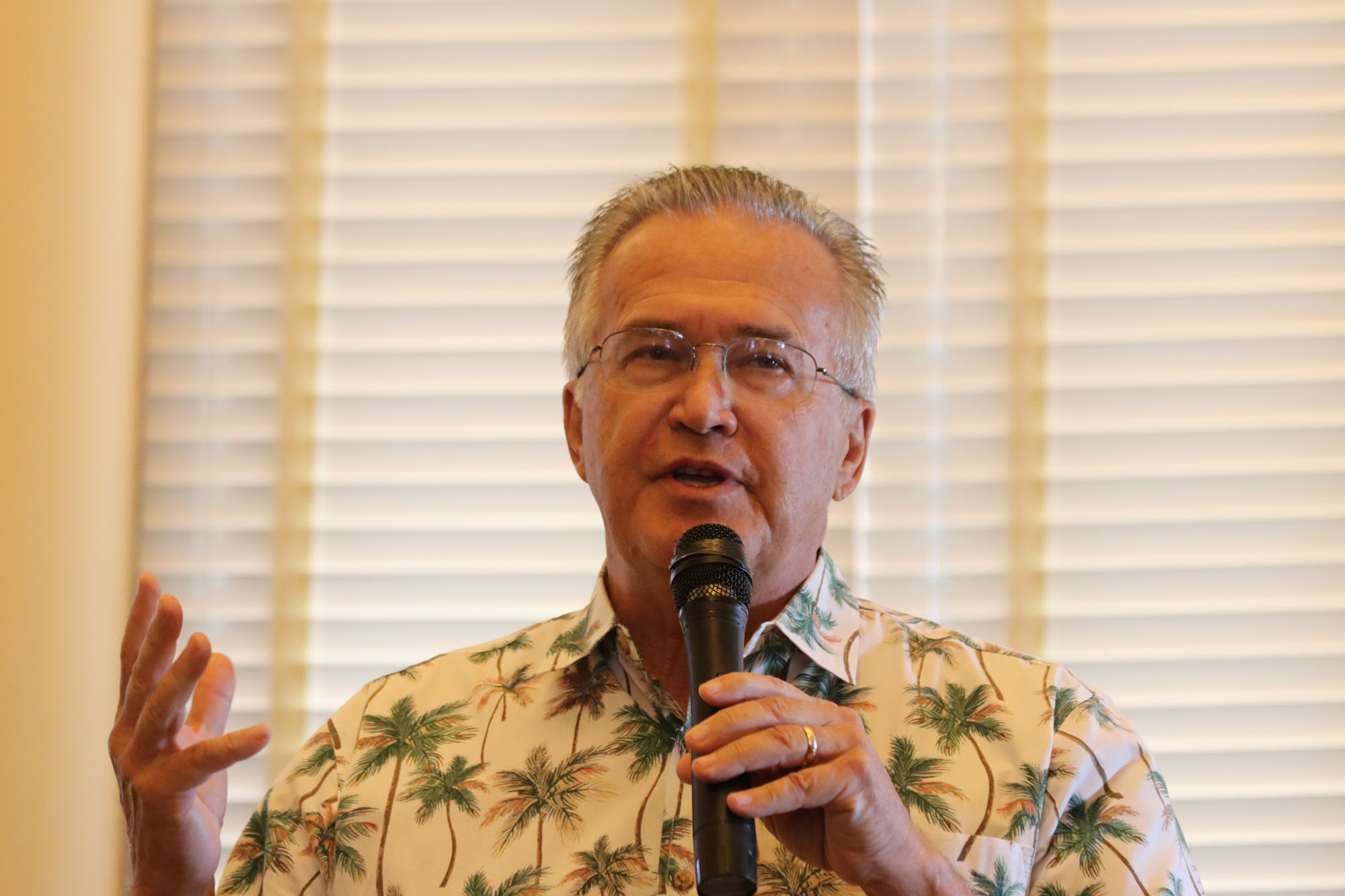 UPDATE: Latest Results Show Knoblock Pulling Ahead of Vidrine for 3rd Seat on the Council

Update ((8:55 a.m., Monday, Nov. 14)—Incumbent Councilmember Steve Knoblock has pulled out in front of council candidate Donna Vidrine, positioning him in third place and in arm’s reach of securing his bid for reelection, according to the latest results from the county’s elections office.

Candidates Victor Cabral and Mark Enmeier have maintained their leads, appearing poised to take the first two open seats on the San Clemente City Council. According to Saturday’s update from the OC Registrar of Voters, Cabral had 14.14% (8,464) of the vote, and Enmeier had 13.64% (7,788).

San Clemente Times will continue to provide periodic updates as the votes from last week’s elections continue to get tallied.

Below is the previous version of the council election story, last updated on Thursday, Nov. 10.

With the polls closed and results rolling into the early morning hours of Wednesday, Nov. 9, Victor Cabral, Mark Enmeier and Donna Vidrine appeared ready to secure the three available seats on the San Clemente City Council.

Enmeier, who for much of Election Night led the race based on early results, told San Clemente Times that he was ecstatic to find himself in the lead to begin the night, encouraged by his community’s support, and thrilled at the realization that his goal was close to becoming a reality.

The career educator added that he dealt with balancing all of his life responsibilities during the campaign process and enjoyed meeting many new people, though adding that he had experienced a natural rollercoaster of emotions throughout.

Enmeier said he wanted to bring back a sense of civility to the council and a culture where all involved are heard, as well as to expand the city’s trolley system into residential communities and to provide sand for beaches.

“More than anything, (I want to) maintain the character of what it means to be a part of San Clemente, and that comes from leadership at the top,” he said.

While Vidrine declined to comment on the results late Tuesday night, Nov. 8, she thanked those who had encouraged and voted for her, telling SC Times in an email that “no one succeeds on their own.”

“I am proud that mine was a positive campaign on issues important to San Clemente,” she wrote. “I hope the connections and relationships built throughout this campaign will continue to thrive and grow.”

Cabral, the latest race leader who also outpaced his competitors in overall campaign contributions—including money collected, loans received, and nonmonetary goods or services donated—by raising $48,464 as of Oct. 22, declined to comment on the most recent results, preferring to wait until all the votes are tallied.

In the weeks leading up to the election, McBurney-Wheeler and Williams indicated that they would not actively seek election, with Williams endorsing Cabral for the race.

Knoblock, the staunch conservative who won his seat in the city’s Special Election race in 2020 to fill the vacancy left behind by Dan Bane, had received 13.05% (6,040) of the vote, putting him in fourth place, 40 votes behind Vidrine, the latest results showed.

In terms of monetary contributions received in the campaign, Knoblock had raised the most money among all competitors, receiving $28,995 as of Oct. 22. If Knoblock loses, it’ll be the second time he’s won a seat initially to fill a vacancy but lost a reelection bid.

Knoblock was first elected to the council in a 2005 race. He came up short in his campaign for reelection in 2008, when he was narrowly defeated for one of the two open seats that former Councilmembers Jim Dahl and Bob Baker ended up winning.

Wu, who outspent all candidates per the last reporting period by putting $49,883 toward his campaign, had received 5,764 votes (12.45%), temporarily placing him fifth in the voting.

Washington, who had previously finished third behind current Mayor Gene James and Mayor Pro Tem Chris Duncan in the 2020 Municipal Election, when only two seats were up for grabs, had garnered 11.96% (5,536) of the votes. The Chamber of Commerce also endorsed Washington in the race.

All the remaining candidates—Kamp, Johnson, Williams, Fetty, McBurney-Wheeler and Hirschman—trailed, none receiving more than 8% of the vote, according to the latest results.

Also, on the ballot for San Clemente were Measures U and V, which asked voters whether the City Council should appoint the positions of City Clerk and City Treasurer, transitioning them from elected positions.

Both measures appeared poised to pass based on the latest election results. About 53% of voters appeared to support Measure U, the initiative to transition the clerk position, while only 51.35% voted “yes” on Measure V to transition the treasurer position to an appointive one.

The first election results update after Election Day was scheduled for 5 p.m. on Wednesday, with regular updates continuing weekdays at 5 p.m. until the last official results are posted, according to the OC Registrar of Voters.