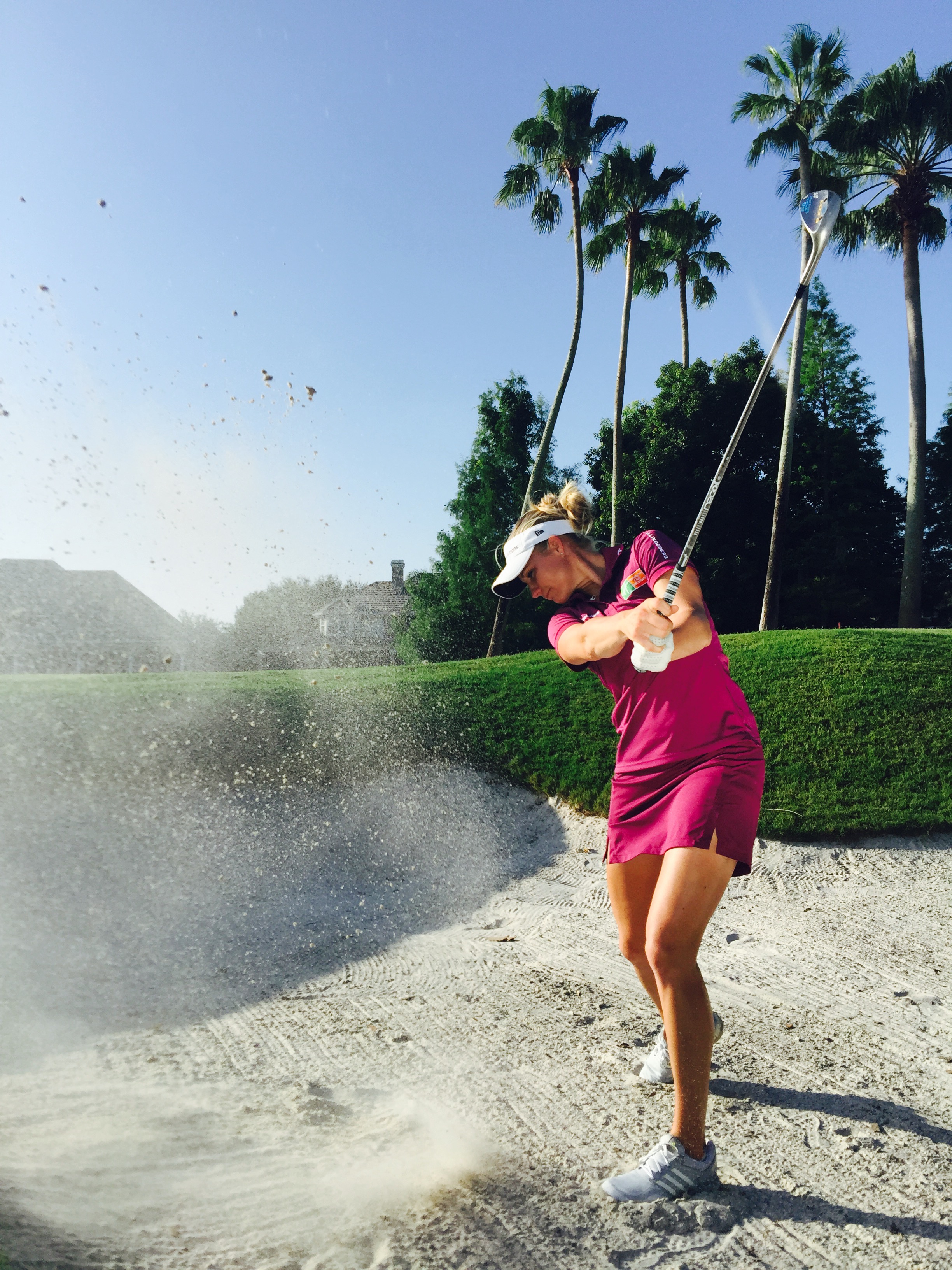 Ryann O’Toole spent a lot of time last year staring at the leaderboards on the LPGA Tour. The San Clemente native was not, however, looking near the top. She was focused on the middle of the board or, more accurately, the cut line.

The five-year LPGA Tour veteran was in a funk. She entered 18 events, made a career-low five cuts and finished 130th on the money list. Her highest finish in an LPGA Tour event was T-38 at the North Texas LPGA Shootout. For O’Toole, who was at one point the 18th ranked American on tour and a member of the 2011 U.S. Solheim Cup, making the cut had become a cause for celebration.

O’Toole was sent to the LPGA Qualifying School, where a top-20 finish at the event would earn her an exemption on the LPGA Tour in 2015. O’Toole, returning to form, shot a four-day score of 353 (-8) and finished in fifth place.

She doesn’t have to worry about staring at the middle of a leaderboard anytime soon.

“It helps take some stress off of life and off the game, knowing you’re not fighting for your tour card to keep playing the following year,” O’Toole said.

The birdies have been coming in bunches, and on May 22 O’Toole won the sectional qualifier at Quail Ridge Country Club in Florida to earn a trip to her fourth U.S. Women’s Open, which will be played July 9-12 at Lancaster Country Club in Pennsylvania.

Throughout her career, O’Toole has used her offseason to fix swing mechanics and re-group for another season. In June of 2014, she decided to team up with a new Jacksonville-based swing coach, Jorge Parada. The two instantly clicked and have spent the past several months rebuilding parts of O’Toole’s swing.

With long arms that give her a wingspan two inches longer than her 5-foot-7-inch frame, generating a lot of lag and power with her driver and irons has always been O’Toole’s calling card. She is currently ranked 16th on tour in driving distance, averaging just over 261 yards off the tee.

She could flight the ball right to left, but a pull-hook became her big miss. Parada and O’Toole have tinkered with her swing so her upper body can clear through the ball faster at impact. A left-to-right ball flight is now her primary shot, which has given O’Toole confidence going forward while maintaining her signature distance.

“It’s much easier to control and recover … That’s been helping out a lot, it’s creating smaller misses and less tentativeness from me,” O’Toole said.

O’Toole’s game seems built for the U.S. Open, which is historically the toughest test of golf on tour every year. The United States Golf Association sets up U.S. Open venues to play long, fast and firm, rewarding the patient golfer who survives the gauntlet.

It was at the 2011 U.S. Women’s Open where O’Toole introduced herself to the golfing world. She entered the field at the Broadmoor East Course in Colorado Springs as a sectional qualifier and ended up placing ninth, which remains her highest finish in a major championship to date. She missed the cut at the national championship in 2012 and finished T-42 in 2013.

The 36-hole sectional qualifying tournament O’Toole won to get into this year’s U.S. Women’s Open featured back-to-back rounds of 4-under-par over a 12-hour stretch. It’s those types of rounds, where she can keep momentum going, that O’Toole hopes will continue to be a trend in 2015.

“I felt like last year I wasn’t posting any low rounds. It was very around par,” O’Toole said. “(Right now) is definitely one of the more comfortable spots in my career … It’s nice to be able to go post those (low scores) and I can see the improvement. It’s a good feeling.”