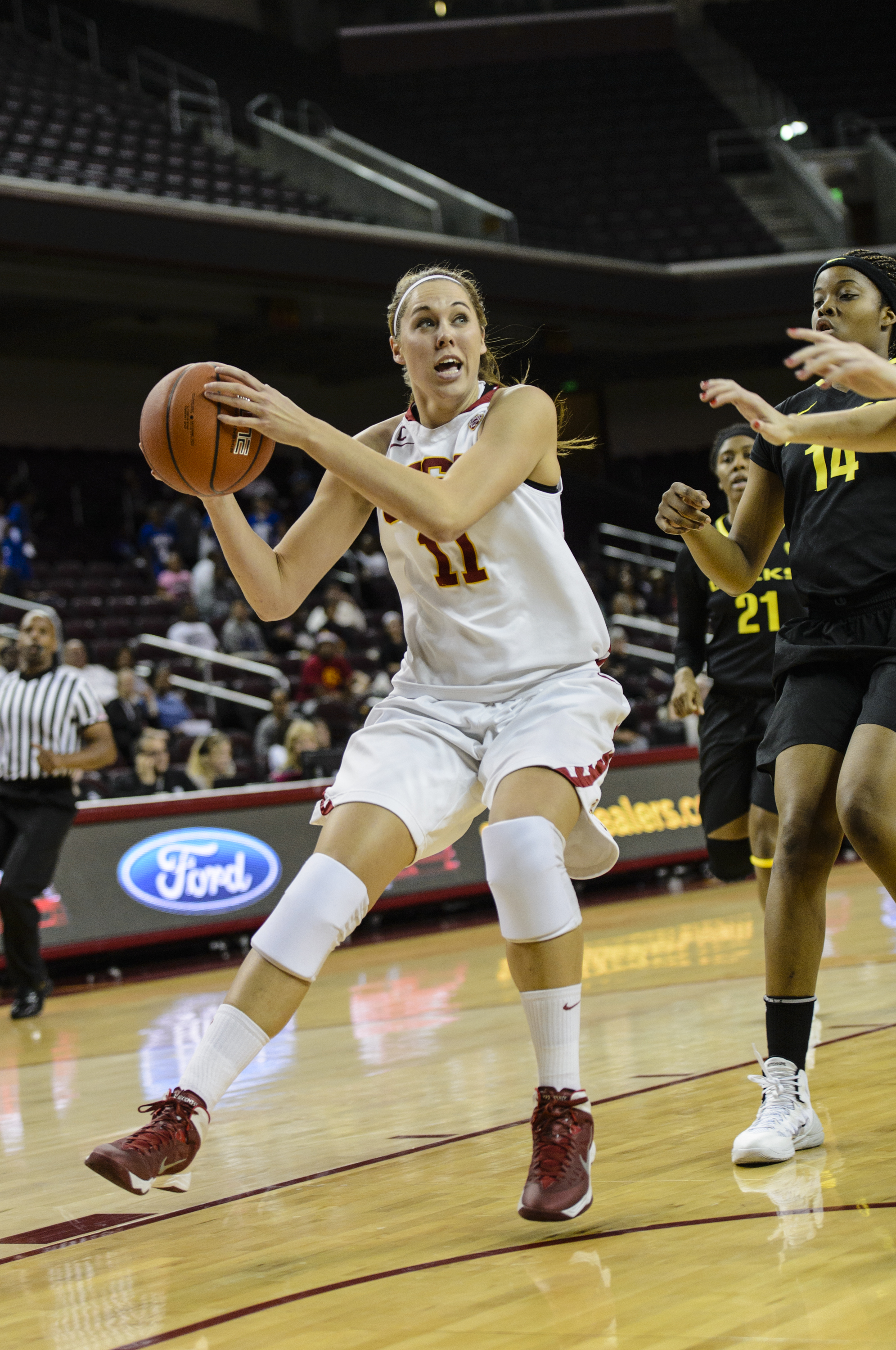 Cassie Harberts has been recognized as a Wooden Award Preseason top-30 and a Naismith Trophy Early Season top-50 Watch List player in 2014. She has represented her country at the World University Games and in late January, the standout senior forward became the ninth all-time leading scorer in USC women’s basketball history.

The awards and accolades are nice, but Harberts’ personal highlights this season have come off the court, in the form of meeting patients at Children’s Hospital of Los Angeles and raising funds for physically challenged athletes.

Harberts and her USC teammates have been active in the Los Angeles community, lending whatever time they might have to help others. For her efforts, Harberts’ name has been added to yet another list. She is among 84 nominees for the 2014 Allstate WBCA Good Works Team, which recognizes student-athletes for their volunteerism and community outreach.

This nomination means just a little bit more than all the others for the San Clemente High School grad.

“That’s what is more important to me. You can do great on the court, but I want to be known as a better person off the court,” Harberts said. “Being involved with programs like this has made me a well-rounded person. It’s humbling and I’m honored.”

Harberts and the Women of Troy have made multiple visits to the Children’s Hospital of Los Angeles, where they go room-to-room to cheer the patients up. They color pictures, talk, play games and take photos. The added bonus of being in the same room as a USC basketball player seems to make the event even more special for the children.

“They love to see an athlete from USC there. When we wear something that says USC, they’re blown away. They’re so excited to see us and talk to us,” Harberts said.

Swim With Mike, a scholarship fund that benefits physically challenged athletes by way of an annual swim-a-thon, is another effort Harberts has participated in every year while attending USC.

Sometime in February, a 10-member group of student-athletes will be named to the Good Works Team and will have an opportunity to participate in a community project during the NCAA Women’s Final Four in Nashville.

Whether she is selected or not, Harberts has made an impact in Los Angeles, and it hasn’t been just on the basketball court.