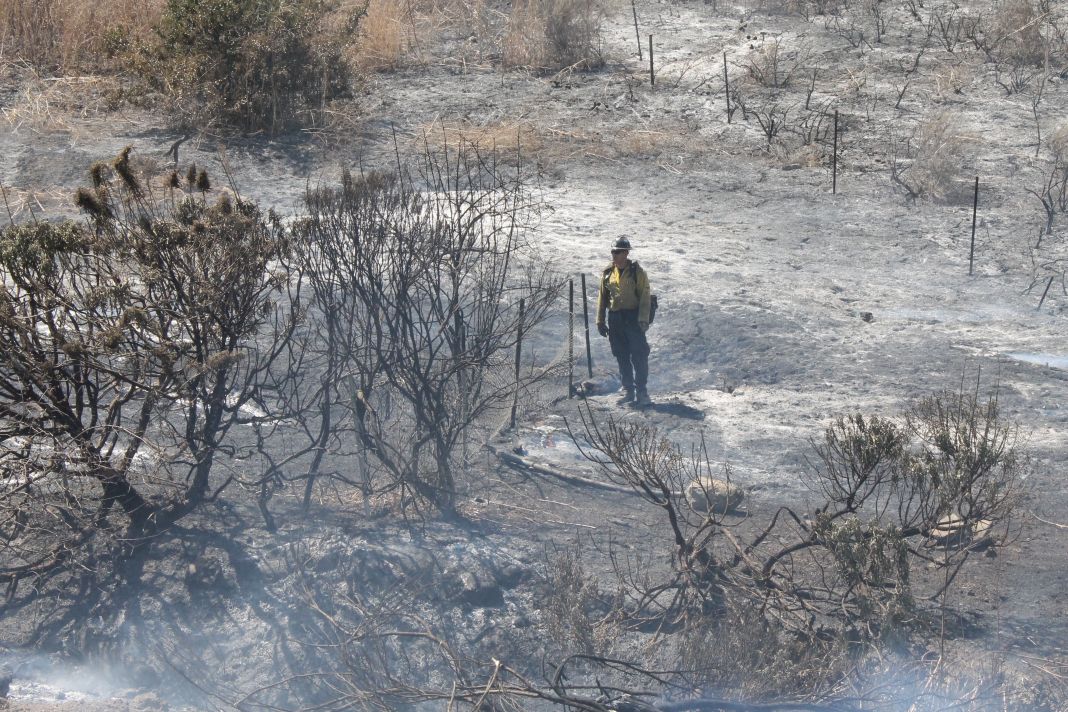 “It was your standard brushfire,” Pesicka said.

Bella Collina’s three nine-hole golf courses had been closed for maintenance, so no one was on the grounds except for staff members, according to Pesicka. A call was made to the local fire department.

Orange County Fire Authority responded within minutes, bringing several engines and two helicopters to put out the blaze that burned about five acres of hillside brush near power lines at the northeast perimeter of the golf property.

“The entire crew came out: helicopters, bulldozers—I mean, they were amazing. They got out here, they got it under control before it spread anywhere, and thank God,” said Pesicka. “Thanks to OC Fire.”

John Muir, OCFA’s spokesperson, said the cause of the fire was “vehicle exhaust.” Muir said it was accidental, and authorities found no sign of foul play. No damage assessment or other information was provided. No injuries or evacuations were reported. The only damage to the course were some tire tracks left by emergency vehicles and a couple of broken sprinkler heads, but nothing of major consequence, said Pesicka.

“It could have been a lot worse,” he said.

While fire investigators had the fire contained early on, crews worked for hours into the afternoon, using hoses and a Caterpillar D2 tractor to stomp out hot spots and still smoldering earth.

If the fire had jumped the vacant area and Prima Deshecha Street, several commercial buildings could have been impacted, including two packaging businesses, a veterinary hospital and a clothing store.