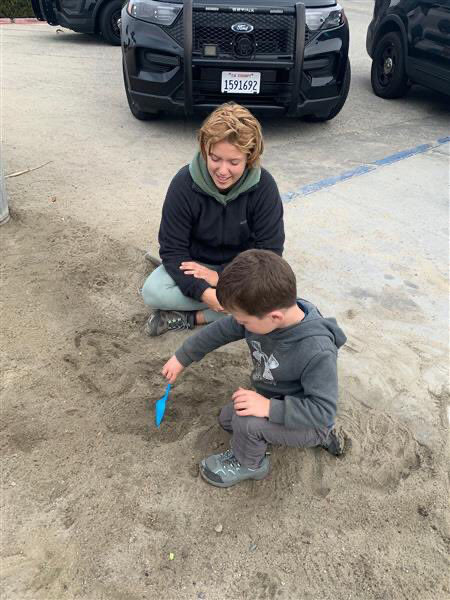 The search for Noah Clare, the 3-year-old Tennessee boy who went missing earlier this month, concluded Tuesday morning, when authorities located the child safe with his 16-year-old cousin Amber Clare in Dana Point, according to officials.

Noah’s father and Amber’s uncle Jacob Clare, 35, who was wanted by authorities for kidnapping the cousins from Tennessee and Kentucky, was taken into police custody, according to a Thursday morning tweet from the Tennessee Bureau of Investigations.

During a press conference Thursday, Orange County Sheriff Don Barnes explained that Jacob was taken on a Tennessee warrant in connection to the aggravated kidnapping, news outlets reported.

Tennessee investigators announced Thursday that Noah and Amber were found “safe and sound” just outside of San Clemente. Authorities earlier this week had found the vehicle involved in the search, a silver Subaru Legacy, in San Clemente.

In a separate tweet from the Orange County Sheriff’s Department’s Dana Point account, the department said that Noah and Amber were found in Dana Point at around 8:50 a.m. after receiving a tip from a resident.

Noah and Amber, of Beaver Dam, Kentucky, had both been missing since around Nov. 5. Pictures taken from surveillance cameras in San Clemente that the Tennessee Bureau released on Wednesday, Nov. 17, showed Noah and Amber with Jacob on Nov. 11.

Below is San Clemente Times’ initial coverage of the Amber Alert involving Noah.

A vehicle involved in the search for a missing 3-year-old boy from Tennessee was found in San Clemente on Tuesday, Nov. 16, according to the Tennessee Bureau of Investigations.

The Bureau, in a Tuesday afternoon tweet, said that the silver Subaru Legacy with the Tennessee license place number 41MY10 was located in San Clemente, and that the state authorities have been asked to assist in putting out information on the ongoing Amber Alert.

Three-year-old Noah Clare from Gallatin, Tennessee has been missing since Nov. 6, according to the Bureau. Noah, who is about 3 feet, 5 inches tall with brown hair and blue eyes, was last seen wearing gray sweatpants, a camo T-shirt, a black jacket and black shoes.

UPDATE: The Subaru Legacy mentioned in our ongoing #TNAMBERAlert for #NoahClare has been located in San Clemente, CA.

We have requested that states’s assistance with spreading word about the case. pic.twitter.com/IxAT8TREvi

Noah is believed to be with Jacob “Jake” Clare, who is wanted by the Gallatin Police Department for aggravated kidnapping and custodial interference, according to the Bureau. The 35-year-old is 6 feet, 7 inches tall, weighing about 200 pounds.

Authorities also believe Jacob is traveling with his 16-year-old niece Amber Clare of Beaver Dam, Kentucky. According to the Beaver Dam Police Department, Amber is diagnosed with epilepsy and doesn’t have her seizure medication.

The Tennesse Bureau of Investigations, in its tweets Monday, said that it had not issued an amber alert for Amber “because we have no reason to believe she’s recently been in TN, and, therefore, we have no jurisdiction to issue an alert related to her.”