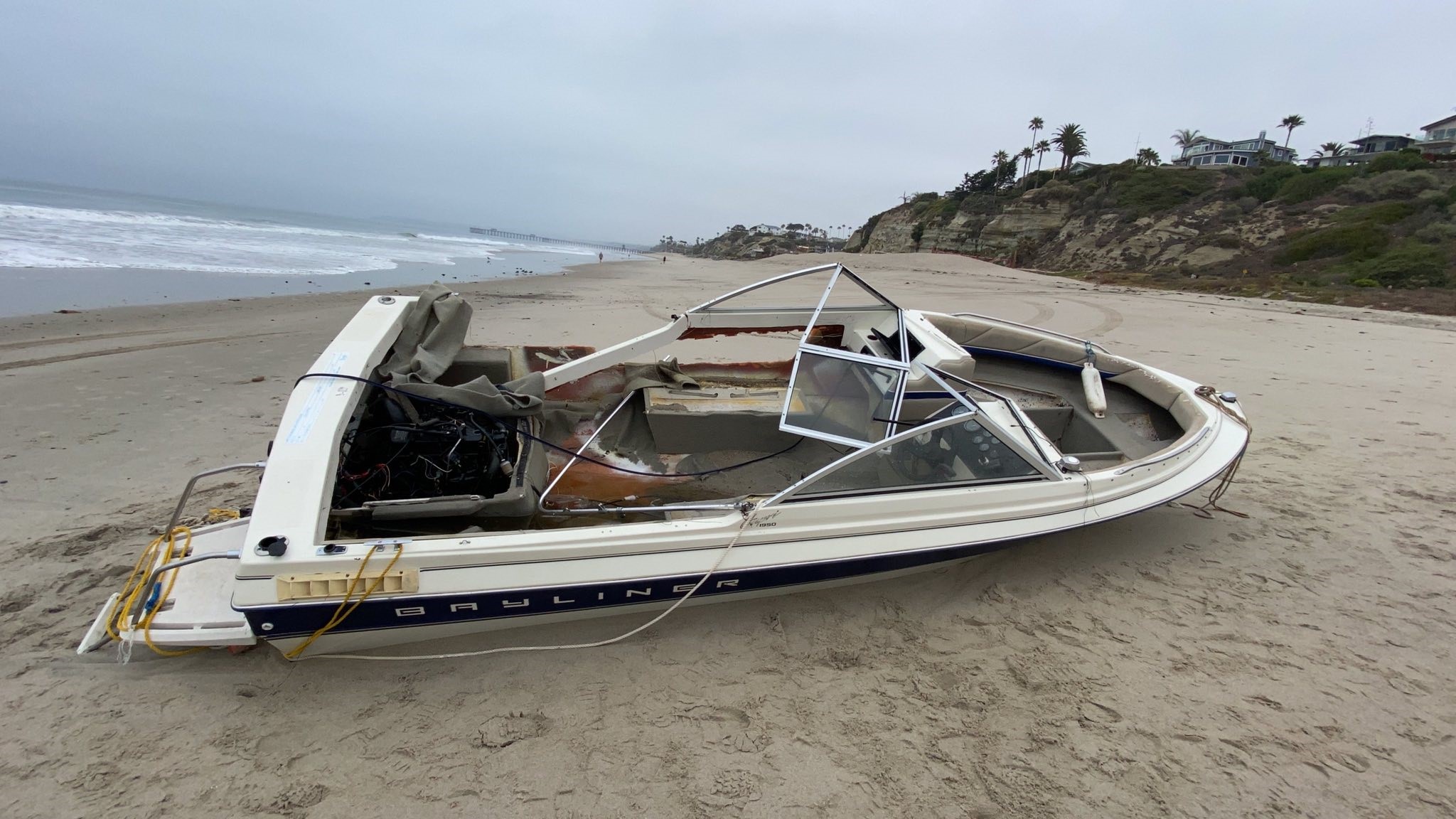 Featured Image: Authorities on Thursday, June 16, locate this approximately 19-foot Bayliner at San Clemente State Beach. The abandoned vessel is believed to have been used for human smuggling. Photo: Courtesy of U.S. Customs and Border Protection

A boat that was beached and abandoned near a lifeguard tower at San Clemente State Beach on Thursday, June 16, has been determined to have been used for human smuggling from Mexico, a Customs and Border Protection spokesperson said.

The Maritime Coordination Center reported the beached vessel to coastal agencies at around 7:15 a.m. on Thursday. U.S. Border Patrol agents responded to investigate the approximately 19-foot Bayliner found by Lifeguard Tower 5, about a mile north of Riviera.

According to the CBP spokesperson, it is estimated that approximately seven people were aboard.

No apprehensions had been made as of Thursday afternoon. The boat was seized by U.S Customs and Border Protection’s Air and Marine Operations Long Beach Marine Unit.

The investigation, which is being led by U.S. Homeland Security Investigations Los Angeles Border Enforcement Security Taskforce, is ongoing.