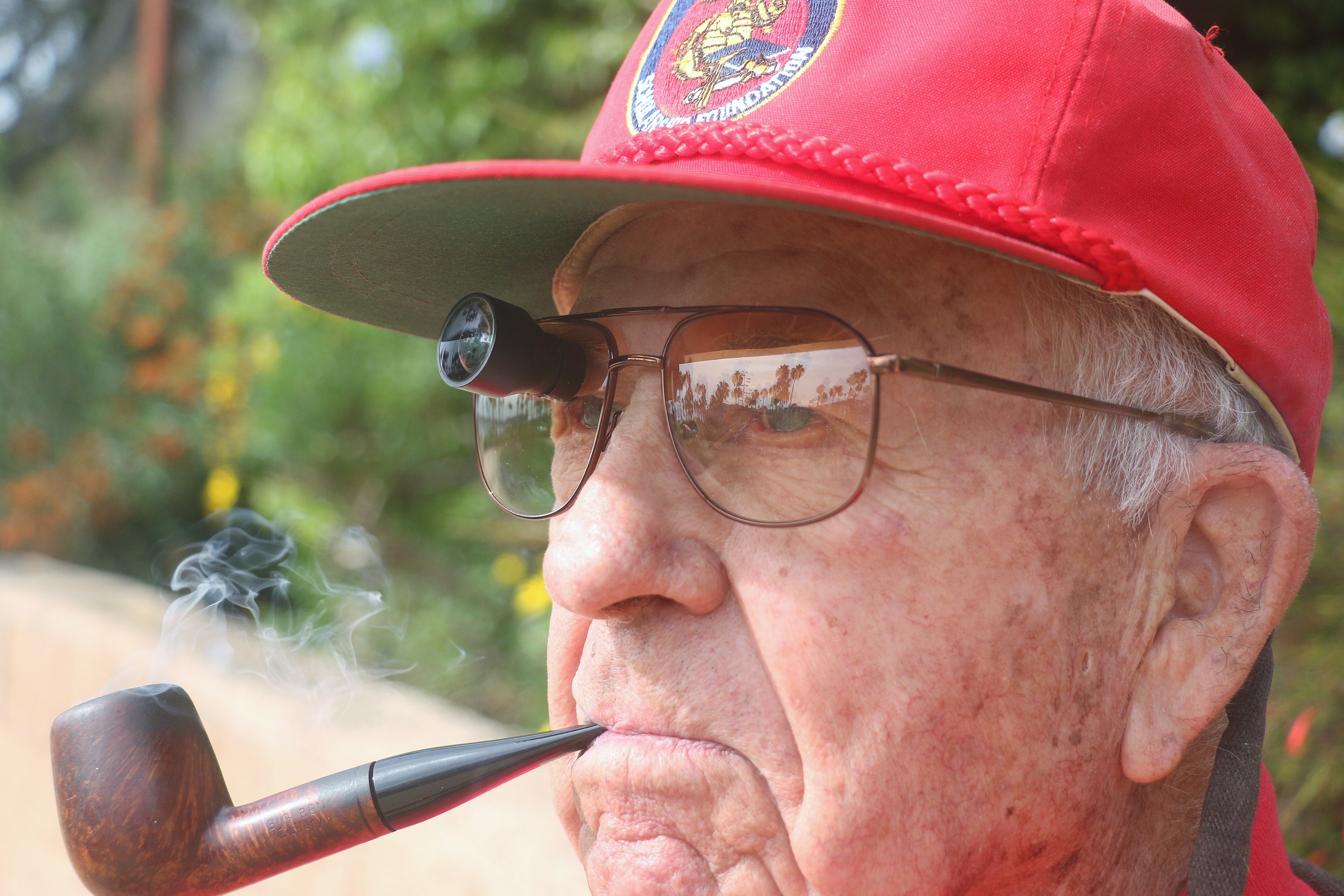 To contribute to supporting the Marine Monument, visit www.marinemonument.com or call 949. 498.4958.

Four-star General J.K. Davis, 89, spent more than 40 years as part of the U.S. Marine Corps. Davis’s journey led him from his hometown of Hagon, New Mexico, to Camp Pendleton and eventually many places in Southeast Asia as well as Europe.

He spent a considerable amount of time commanding units out of the Marine Corps Air Station at El Toro (decommissioned in 1999) where he took his first flight tests.

Davis retired in 1986 after working three years as the assistant commandant of the USMC. After that, he served as the National Commander of the Marine Corps Aviation Association for two years.

San Clemente Times: What made you want to join the Marines?

Gen. J.K. Davis: In January of 1945, I was 17 and still in high school, and I went down to join the (Navy construction battalion) because I had been working with my uncle, a mechanic, for about six years. But they said they didn’t need me any more. I walked out of the recruiting office … and someone told me, ‘A Marine recruiter will be right back.’

I had to get my dad to sign the enlistment paper, and he wouldn’t sign unless they said I wouldn’t be contacted until I was out of high school.

I got out of boot camp in Tokyo Bay after they signed the (Victory in Japan agreement).

I came out of Camp Pendleton on a train that went right into the base. About three or four days later, I got on the 98th draft, supposedly the last one going to Japan in World War II, but then we got called back. I wouldn’t think of doing anything else (for a career) if I had to do it over.

Davis said he returned to his home state of New Mexico to go to college, but in 1947, he was called to join as an inactive reserve. The next year the Marines started a program called Platoon Leaders Course, which he graduated from in 1950. Leading up to the Vietnam War, Davis became a pilot with the Marines and earned the rank of Lieutenant Colonel and eventually Colonel in 1970.

SCT: What were some of the most difficult decisions you had to make when you were in Vietnam?

Davis: I was a wing safety officer, and I went through three group commanders. … There weren’t really any earth-shaking decisions I had to make. I had read a lot of information before I went to Vietnam, and I knew it was a crappy war.

I told the wife before I left, ‘I hope I don’t make my last takeoff over there.’ Four of my close buddies did, they got killed over there.

So, I flew about 170 missions, about 30  of them at night in the two-seater, A-6 night attack airplane. Being the executive officer … I managed to get out of there without getting shot down, which I was happy about.

SCT: What were some of your biggest responsibilities as a general?

Davis: As a general (laughs), you’re responsible for everything. A lot of things can go wrong. Whether you had anything to do with it or not, the buck stops at the general. So, the one thing that I worked on hard was aviation safety. People take a look at how you take care of their assets, and if you have a lot of crashes, the general gets blamed for it. I spent a lot of time making sure that we tried to do everything safely. Even though we wanted to train like we’re not in peacetime, there’s no flights scheduled in peacetime if anything mitigates against it.

I told the (commanding officers) to know their pilots. Some are born to be pilots and they know what they’re doing, but some are not ready. Don’t schedule them for flights that are beyond their capabilities. And it worked well. We had a lot of safe flights during that time.

SCT: Can you describe the process of becoming a general in the USMC?

Davis: When you have a selection board for general, it’s pretty tough because if they make nine generals, only three of them are going to be aviators. The rest of them will be ground or sailors. They look at your entire record, and I had two squadrons I commanded at Cherry Point and a reserve air group at El Toro for two years. Between those times, I went to Washington and was the Deputy Chief of Staff for aviation, which gives you high visibility.
Probably 200 colonels (were selected) to become a general, and any one of them would have made a fine general. You don’t make colonel by mistake in the Marine Corps.

You just have to have a little luck to make it, really.

SCT: What would you say is one of your finest achievements in the Marine Corps?

Davis: Well, moving from the third wing to the first wing in Okinawa. I had two wings in a row and moved to SINCPAC (Commander of USMC forces in the Pacific) and then I got a plum job, made three stars and became the commander in Hawaii. That’s when I got a call to be nominated for assistant commandant.

I had about 80,000 Marines under my command—everybody in California, Hawaii… so that was a great job, and everything went well.

When you get these command billets, and it’s either going to sink or swim, I had a great group of guys who worked hard for me and watched my six, which means they kept me out of trouble. I told them if I ever make a decision and it doesn’t look good, you’ve got to come and tell me because there’s no decision or rule that can’t be changed.

SCT: What made you want to move to San Clemente?

At one time, she said, ‘You know I married you so I could get out of this town, and here we are back.’ But she’s happy here.