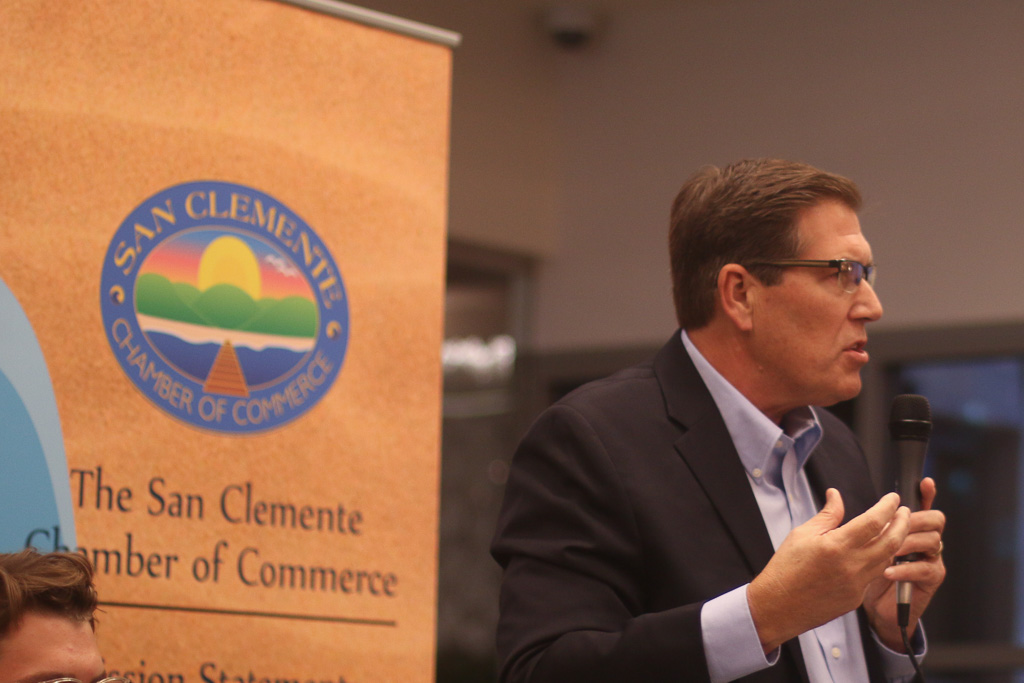 Some of San Clemente’s most pressing issues were examined by each of the candidates for City Council candidates in attendance at the San Clemente Chamber of Commerce forum at the Outlets at San Clemente on Thursday night, Sept. 27.

In the most broad spectrum of the questions, homelessness, potential toll roads proposed by the Transportation Corridor Agencies (TCA), the spent nuclear fuel at San Onofre Nuclear Generating Station (SONGS) and how to bring a hospital back to San Clemente were all part of the candidates’ top three items, when asked to name them by the moderator.

Candidates Tiffany Robson Leet and Kathy Ward were not in attendance on Thursday.

The next City Council candidate forum will be hosted by the Shorecliffs Terrace HOA at 6 p.m. on Oct. 4. at the HOA’s clubhouse, located at 3000 Calle Nuevo. All current candidates are invited, and the public is invited to attend. For more information, call Ron Greek at 949.887.9409.