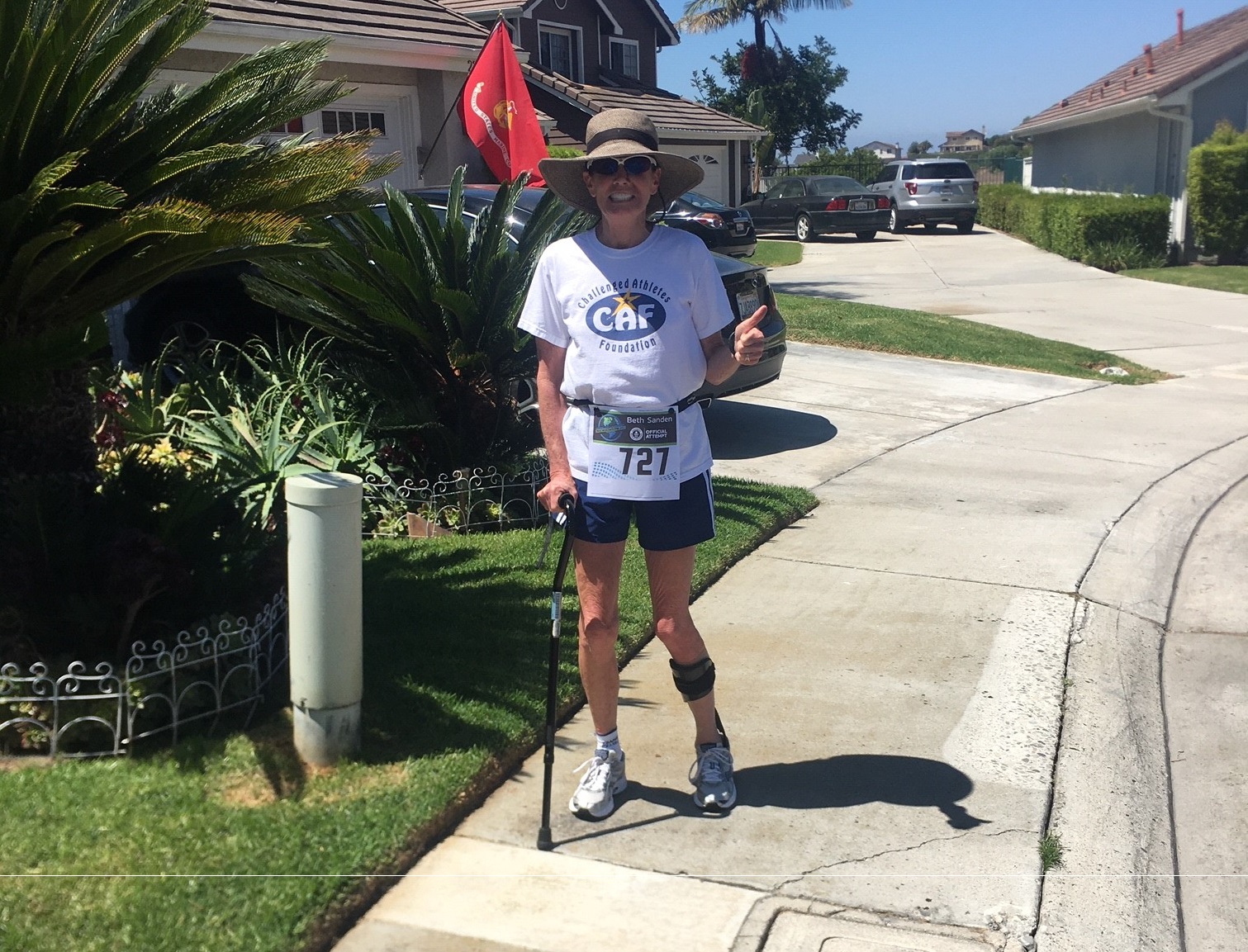 While the coronavirus has shut down many of the year’s biggest events, several continue in innovative ways at home.

Traditional marathons and distance races are a major no-go right now because of the pack running that typically occurs in those races. However, races can be run anywhere there’s some available ground, so many of these races have gone virtual.

In March, San Clemente Times reported on local handcycle marathoner Beth Sanden completing a 240-lap marathon on the streets around her home in San Clemente.

Over the past few weeks, Sanden, a multiple world record holder for handcycle marathons in every corner of the globe, completed two more virtual distance races of some prestige and added another world record to her collection.

On Aug. 29, Sanden participated in a 5K as part of the World’s Largest Live Virtual Run, which earned a Guinness World Record for the most participants to run a remote 5-kilometer run in 24 hours. While not the typical marathon Sanden competes in, it was a very special race for the 66-year-old.

For the first time in 18 years, Sanden, an incomplete paraplegic, walked the full five kilometers instead of using her handcycle. With cane in hand and husband Burt at her side, Sanden said she completed the 5K in the time it takes her to cycle a marathon, finishing the race in 2 hours, 11 minutes and 5 seconds.

As a follow-up, Sanden competed in this year’s virtual edition of the Boston Marathon, and she wasn’t the only San Clemente resident to make the cut.

Andy Lapin, 48, also qualified for the 124th edition of the world’s oldest marathon and ran it virtually. Lapin qualified for the Boston Marathon by running in last year’s Los Angeles Marathon in a time of 3 hours, 17 minutes, averaging a mile pace of 7:31.

For this year’s Boston Marathon, which is currently running online from Sept. 7-14, Lapin took to the San Clemente streets, where a small group of his friends would set up and move every two or three miles down Lapin’s course to be his own personal cheering squad and water station.

Sanden took to her handcycle and finished her 26.2-mile course in 2 hours, 31 minutes and 25 seconds.

Through a summer and near future of canceled or virtual events, these racers have continued to persevere and push themselves to new heights.