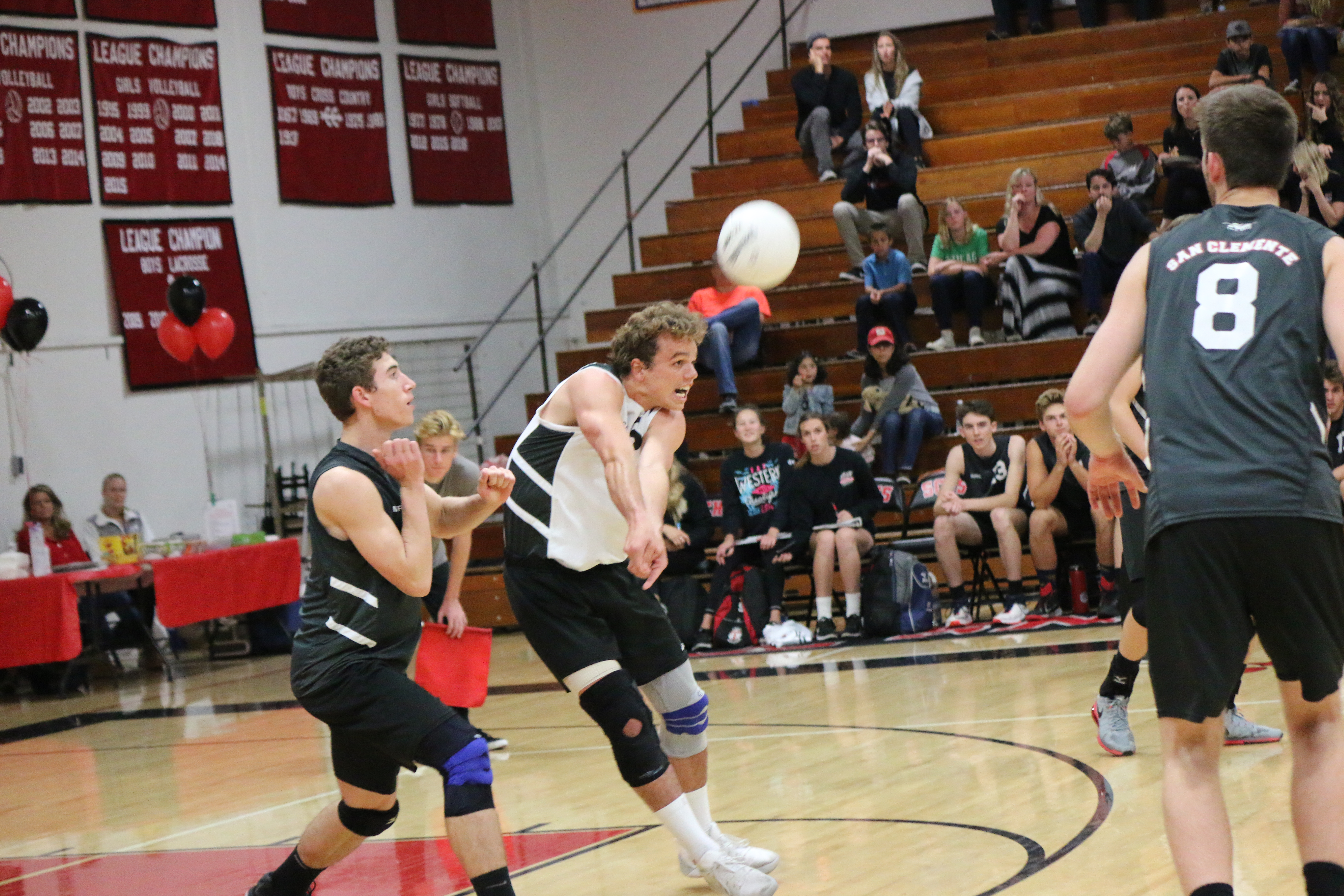 After drawing a tough opponent in Redondo Union to open their bid into the CIF-SS Division 1 Championships, the San Clemente boys volleyball team responded with a balanced and convincing win in front of their home crowd on May 9.

San Clemente (22-6) went on a 5-0 run late in the first set to take a commanding 22-14 lead, but as was the case throughout the night, Redondo Union proved it would not go away that easy. The Seahawks responded with a 7-2 run of their own and got within three points, but Bryce Curtis recorded the final kill for San Clemente to end the set.

Redondo Union’s momentum carried into the second set and, fueled by a 9-1 run, they took it 25-21. The Seahawks’ senior opposite Logan Glave tallied five kills and a block in the second.

After dropping the second, Kyler Presho, Kyle Merrill and Curtis provided the firepower for San Clemente down the stretch.

Presho tallied four of his 10 kills in the third, while Curtis chipped in three kills, an ace and a block in a set that went back-and-forth until the end.

With Presho drawing attention in the middle, Merrill and Curtis began to take over hitting from the outside in the fourth. Curtis had five of his team-high 15 kills in the final set, and Merrill had an ace and four kills. Merrill recorded the final point after hammering a ball past two Seahawks blockers on the left side.

“(Redondo Union) is a good team. That’s a league championship team so that’s a pretty good opponent for our first round,” Triton coach Ken Goldstone said. “We’re going to have to play a little bit better against Corona Del Mar but hopefully we’ll be able to do that.”

San Clemente lost in three sets to Corona Del Mar in their only meeting of the season at the Best of the West Tournament on March 11.