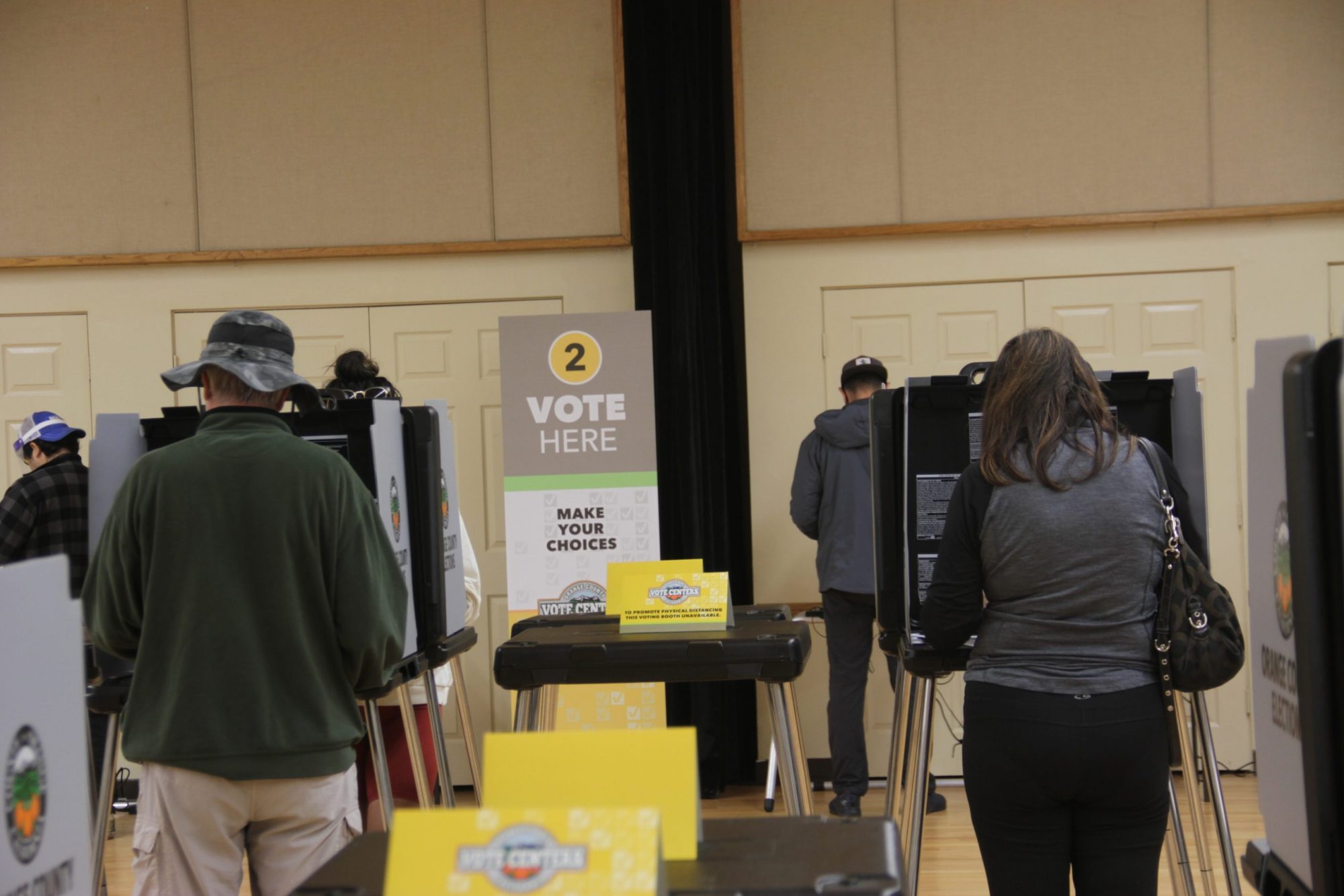 Voters to Decide Whether City Clerk, Treasurer Should be Elected or Council-Appointed

San Clemente residents voting in the General Election this November will notice two ballot measures, for which they will choose how candidates can assume the offices of City Clerk and City Treasurer.

The City Council voted, 3-1, on Tuesday night, June 7, to add the measures that will ask whether the positions should be appointed by the council or elected by the public. Additionally, Mayor Pro Tem Chris Duncan and Councilmember Kathy Ward will form a new subcommittee tasked with drafting arguments in favor of the council appointing the positions.

Councilmember Laura Ferguson was absent from the meeting.

The vote comes months after the council initially opted not to add the ballot measures to the upcoming election, and follows the early-May meeting where the council formally called for the General Municipal Election in November.

Councilmember Steve Knoblock, the lone vote against the resolutions that established the ballot measures, had asked the rest of the council late last month to take up a discussion regarding a concern of his—whether the position of the city clerk operating under the city manager’s authority posed a potential conflict.

According to the city’s organizational chart, the city clerk, currently an elected position, works under the city manager.

Knoblock on Tuesday night claimed that position structure was “an inherent conflict,” and questioned whether it promoted loyalty to the citizens or “the man who pays the paycheck.”

“I agendized that issue; the mayor suggested that he could support talking about that issue if we also talked about the possibility of potentially having an election to decide what we’re going to do,” said Knoblock, who added that he felt blindsided by the ballot measure proposals before the council.

Regarding the ballot measures, Ward cited concerns over possibly removing the voters’ ability to choose the city clerk and treasurer positions, as well as removing the clerk’s office from underneath the city manager’s control. She also pointed to San Clemente using the city manager model since its founding in 1928 as a sign of the model’s efficacy.

“How can we get a good city clerk if … the people vote for it to come to us?” asked Ward. “If we separate the position … and take it out of (the city manager model), our city clerk would only be making, I think it’s $500 a month.”

After receiving confirmation on the pay from City Clerk Joanne Baade, Ward referenced conversations she had with other city clerks who gave the consensus opinion that the city would not find a good candidate to fill the position, especially given the litany of duties the clerk performs.

Ward expressed concerns for the future of the clerk’s office, although she, Duncan, and Baade acknowledged that the council was only deciding whether to add on the measures.

Knoblock on Tuesday asserted his position that no elected official should be employed by the city manager.

Mayor Gene James echoed that the city has been fortunate to have someone like Baade as the city clerk, and that residents have recognized Baade’s proficiency by electing her for years.

However, James said he agreed with Knoblock in that it was awkward having an elected official reporting to the city manager.

James added that the city clerk position has much more power than councilmembers, which could spell trouble if the wrong person got elected. He said it was right to give the decision of authority to the people, and initially made the motion to approve adding the measures with Ward’s second.

Knoblock jumped in to ask Ward whether a conflict of interest would exist if the city manager hired an active councilmember, such as him or Duncan, to be a legislative consultant, to which she responded that such an occurrence has never been an issue.

Ward then wanted to ask Baade whether a city manager had ever tried to influence her, and described Knoblock as “looking for a solution in search of a problem.”

Duncan said Knoblock had raised a fair point, although he was in favor of the council appointing the positions going forward.

“If that’s not what the voters want, then I think we’ve got to go back and look at what Steve’s talking about, and if you’re elected you can’t also be working for the city,” said Duncan.

Knoblock asked if it would be appropriate for them to adopt a policy stipulating that no elected official should work under the city manager, council, or any other official.

“I think that throws the baby out with the bath water right now because I don’t think we have a good plan going forward,” James responded. “I totally understand what you’re saying, but … I would rather hold off and see what those voters say in November.”

To the motion, Knoblock voted no because he held that complete independence for the clerk and treasurer positions meant being elected and operating away from the city’s purview, although James and Ward said the ballot measures were the first step in getting what Knoblock wanted.

Regarding the direct arguments, the subcommittee of Duncan and Ward would write it on behalf of the council before it goes to print in a voter information guide. The council also voted to include an impartial analysis, written by City Attorney Scott Smith, and to allow for rebuttals to be submitted and printed.

Baade said she will post a notice inviting arguments from the public, translated into Spanish as well as English, by late next week or early on during the week of June 20.

Citizens will be able to find the process to file an argument by visiting the city’s website and the links to election information, by viewing the city’s bulletin board, or by calling the city clerk’s office at 949.361.8200.