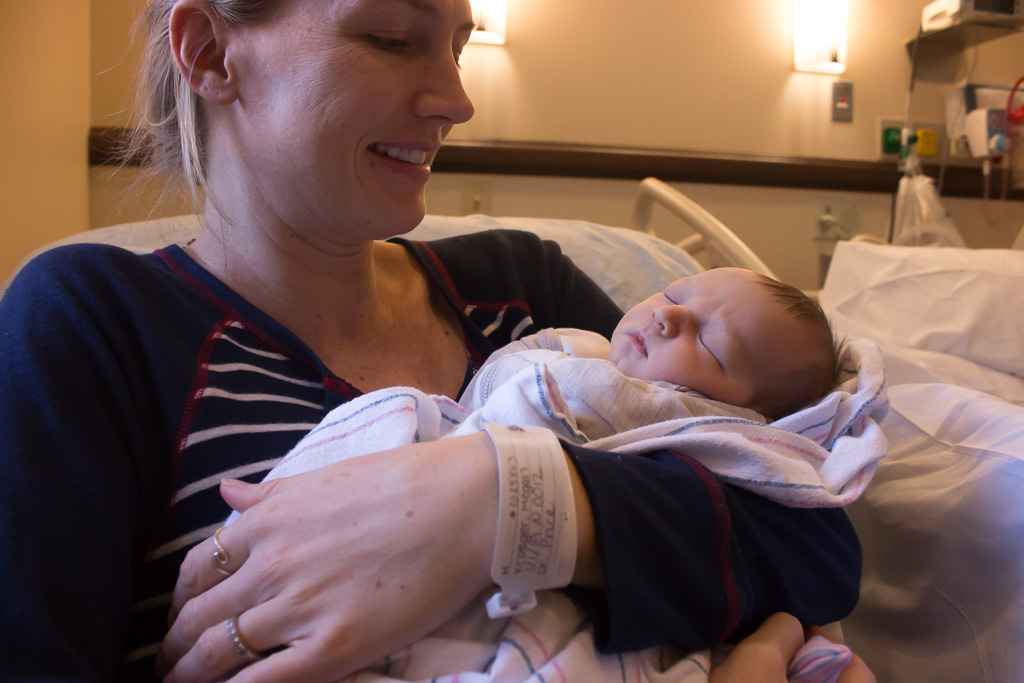 Wait a Minute—or 12: San Clemente Woman May Have Given Birth to Orange County’s First Baby of the New Year

Minutes into the New Year, James Austin Kroeger was born at 12:12 a.m. on Jan. 1. He may have been the first Orange County baby born in 2019, according to officials with MemorialCare’s Saddleback Medical Center in Laguna Hills.

James Austin’s parents, James and Megan Kroeger, moved to San Clemente recently and said they had actually hoped their firstborn child would arrive just before the end of 2018 in order for them to take advantage of this year’s child tax credit, but having the baby so close to midnight made it all the more special, they said.

“I wasn’t even thinking about the New Year,” Megan said. “It was just such a surprise. Just having him on New Year’s was special enough.”

Neither of the parents said they were trying to have the county’s first baby of 2019, but that’s how it may have turned out. MemorialCare officials said James Austin is the first baby born within their facilities in the new year.

“We thought he might end up being a Christmas baby,” James said.

The Kroegers moved to San Clemente last March, so Megan has been pregnant during the duration of their short residence. James, the father, said he is able to work remotely and will be able to help with raising his son much easier without commuting. Megan said she will be looking for a new job once she’s finished her maternity period.

Megan Kroeger is wheeled out by a nurse and her husband and a nurse on Jan. 3 at MemorialCare Saddleback Medical Center in Laguna Hills. Photo: Eric Heinz

From left, James, James Austin and Megan Kroeger pose for a photo as the baby yawns on Jan. 3 at MemorialCare Saddleback Medical Center in Laguna Hills. Photo: Eric Heinz

From left, Megan Kroeger and James Kroeger prepare to leave MemorialCare Saddleback Medical Center on Jan. 3 in Laguna Hills. Their baby, James Austin, may have been the first child born in Orange County in 2019. Photo: Eric Heinz

“We really like the small-town feel of San Clemente,” Megan said.

James said he lived in Los Angeles for 10 years and had frequented San Clemente while visiting friends in the area. He said he and Megan eventually decided to make the move down here for the beach town atmosphere.

“I used to work near Manhattan Beach, and all my friends would surf there, so I’m trying to get into the groove,” James said.

Sitting next to James Austin’s mother in the natal ward of the hospital was a pink and white blanket with January 1, 2019, stitched into the top of it along with his name.

It’s not official as of yet, but there doesn’t seem to be any reports in the county of a baby being born earlier than James Austin. The Orange County Register reported that a baby was born at 2:56 a.m. on Jan. 1 at South Coast Global Medical Center in Santa Ana.