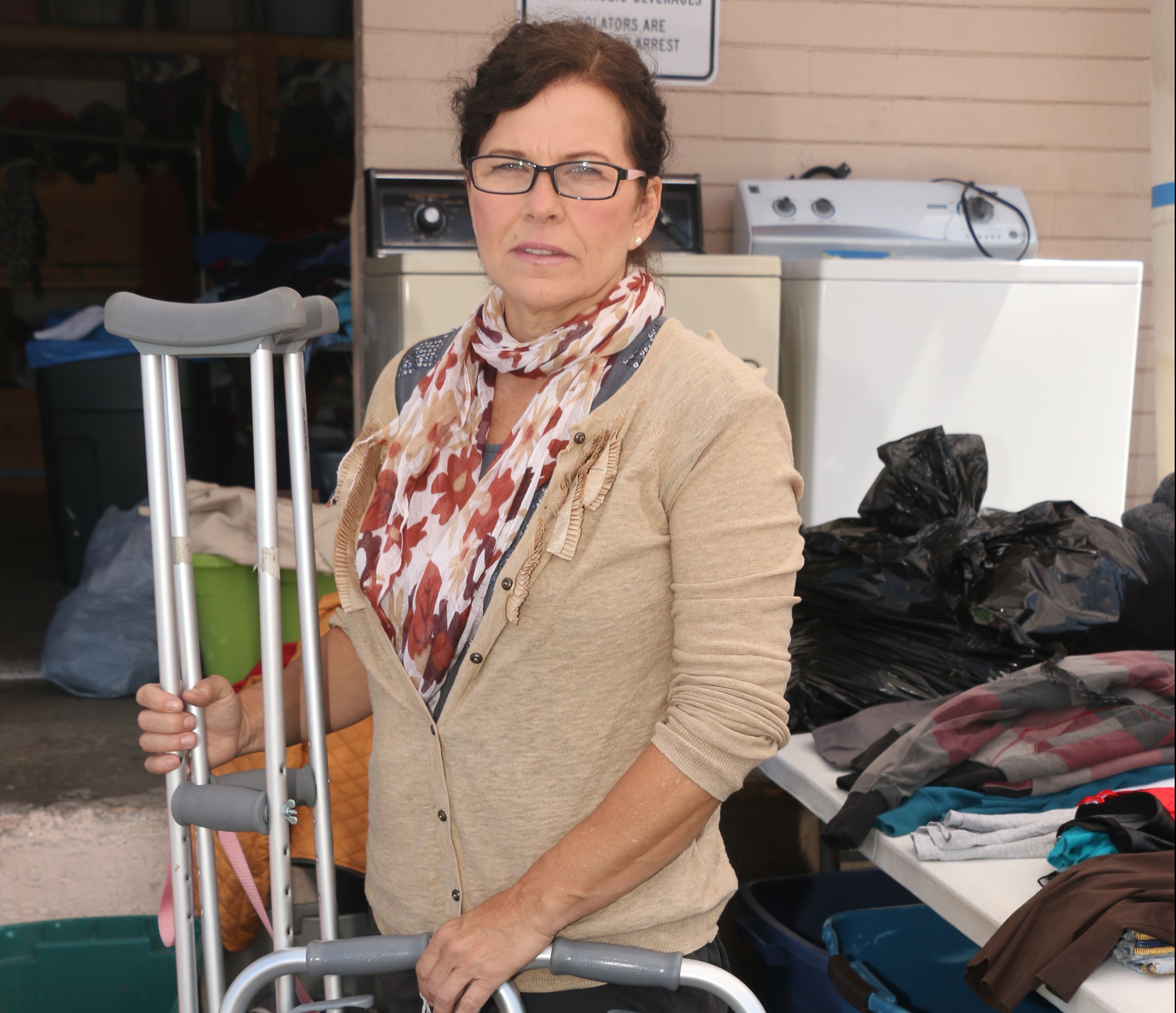 Social media went into a giving frenzy when one San Clemente resident started offering free walking aids to people who need them.

Deb Jackson said she started collecting walking aids a couple weeks ago after a man she knows had a stroke during a sporting event. She then posted on a local Facebook page about her endeavor, asking people to either donate or inquire about receiving an aid.

“It started out as walkers and crutches, and then I had people contacting me if I had wheelchairs, asking me if I had knee rollers,” Jackson said. “I started buying a few of those but they’re a little more expensive. But if I find someone who really needs something, how could I not get it?”

Jackson said she goes around to 10 to 15 thrift stores, traveling up to Irvine and Fullerton and as far south as San Diego to collect the devices.

“When (my family) has baseball games (on the road) we’ll sometimes go to different thrift stores up there, if we have time,” Jackson said. “We just pile as many into my car as we can carry.”

She said she wants to help people who can’t afford a walker or cane or any other device needed. Some of the items can start at $50 and rise to over $100 when purchased new.

“I go to thrift stores, garage sales; wherever I seem them, I buy them,” Jackson said. “I started a thread and asked people to contact me if they know of someone who could use one.”

Several volunteers from the Veterans Administration and the Children’s Hospital of Orange County have contacted her to receive the recycled equipment.

“I’m out right now,” she said. “I have a few pairs of crutches left, and that’s about it.”

Jackson said she estimates she’s donated at least 50 items in the two weeks she’s been scavenging for the walking aids. She said she spends about five to six hours a week between going around town and picking up the items and cleaning them for recipients.

“Sometimes people will pick up five or six at a time,” Jackson said. “A lot of people who are doing homebound physical therapy need them as well. It’s pretty easy to find them. We’ve always gone to garage sales and thrift stores, and I’ve always seen them but I never really noticed them.”

Jackson said she doesn’t buy walkers that are broken or even worn down too much to be considered safe. She said she tests them out herself and makes sure they’re oiled and ready for their new owner.