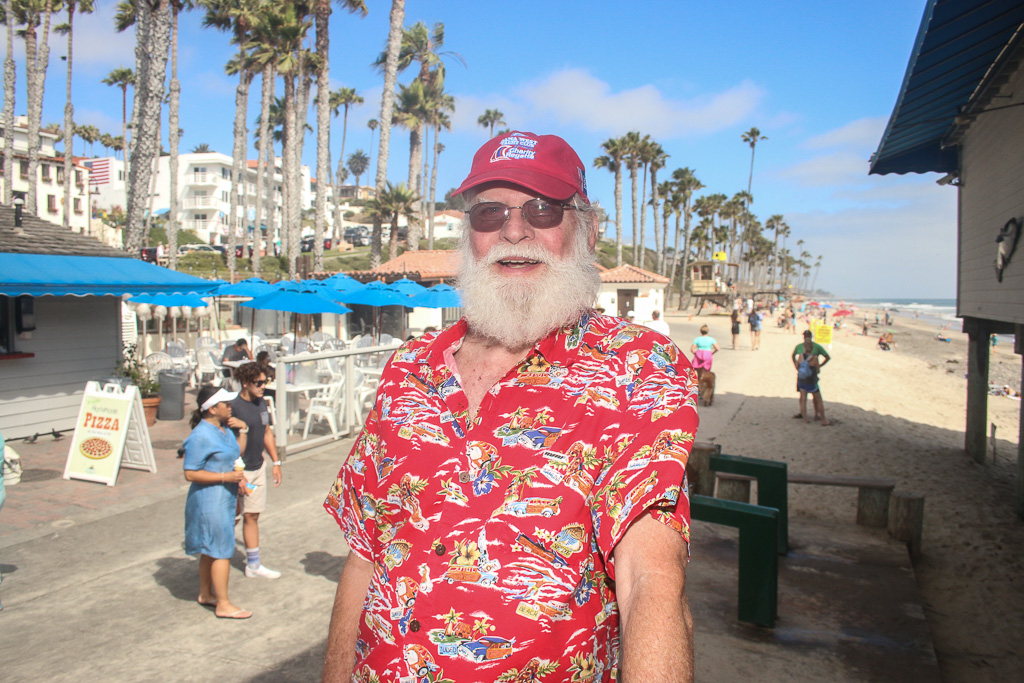 That friendly face with the big white beard and holiday charm is returning to Ocean Festival this year after being away last year attending a Santa Clause convention.

Between being king of the ocean, Ed Howie has been the ambassador of the festival for more than a decade and to young children who patron Ocean Festival. Howie was referred to the duty by a friend at the time of its inception.

“They said, ‘Well, you have the looks,’” Howie said, regarding the offer from the Ocean Festival board. “(Neptune) is the one who does the parade with the children on Sunday, which is quite popular. And he’s king of the sea, and this is a sea event.”
Howie said he loves seeing the joy on children’s faces when they see the prophetic sea king arrive on Sunday morning.

The mermaid accompanying King Neptune is Kelley Green, who participated in the position last year.

“With my dad as an avid surfer, it made sense to be a part of an organization and participate in an event that is centered around the ocean and focuses on ocean conservation,” Green said.

“The Ocean Festival is a great event where the community can come together and enjoy what the ocean has to offer, celebrating the beautiful place in which we live.”

Look for King Neptune and Mermaid Kelley at Ocean Festival and at the Mermaid Parade at 9 a.m. on Sunday, July 22, at the Youth Pavilion.

2020 Green Issue: While Planting a Seed, They’re Sharing the Love