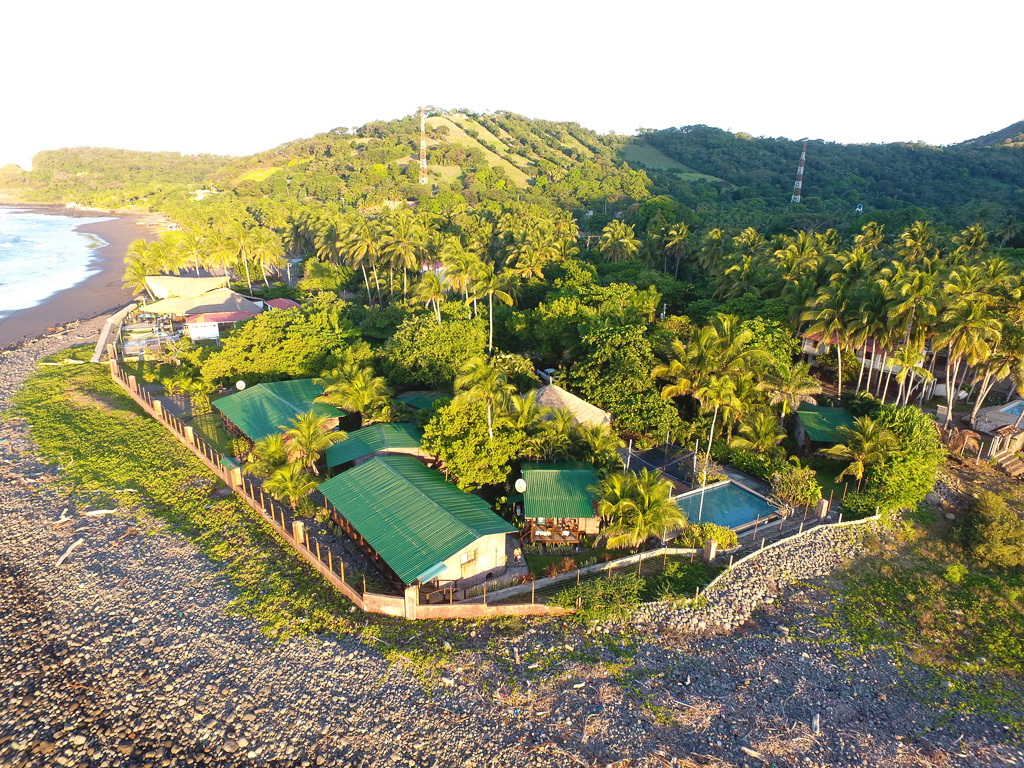 Want to Get Away? House of Trestles Founder Josh Host Turns His Attention to El Salvador

Even before Bruce Brown dropped The Endless Summer on the world in 1964, surfers have been inspired to see what lies beyond the horizon. The allure of surf on a foreign shore has launched countless exploratory missions to the ends of the earth. And as things go, over the years San Clemente and Dana Point have become destinations for surfers from all over the world. From Doheny, to Lowers, Salt Creek to San O, they’re all easily identifiable on the international surf map.

In 2017, Josh Host opened up the House of Trestles, giving globetrotters a place to hang their hat should they land in San Clemente. A surf hostel offering an affordable place for travelers to stay, it’s strategically located at the south end of town. They rent boards, bikes with surf racks, there’s even an in-house pro if you want to take a lesson; overall, it’s a chill place to hang if you’re a wave-hunting wanderer.

With a solid year at House of Trestles under his belt, Host is now branching out. He’s just gone all-in on a surf resort in El Salvador—and he is approaching the project with the same infectious stoke that’s made his San Clemente operation such a success.

Touchdown in San Salvador, bear west to the coast, and in less than two hours your rolling into the peacefulness of Mizata. Off the beaten path, the House of Surf Mizata Point Resort is Host’s next endeavor.

“We’ve got a lot going on down here,” said Host from El Salvador. “It’s absolutely magic down here, and we’re inspired to be able to share that with our friends and guests.”

The Mizata Point Resort is seen in this aerial photo. Photo: Courtesy of International Surf Properties

Originally built in 2012, Host just acquired the Mizata Point Resort in a deal brokered by San Clemente’s Jim Habig, who owns and operates International Surf Properties, a real estate company that specializes in the sale of exotic surf-related properties around the world. Habig is also currently helping with the sale of WSL star Griffin Colapinto’s Costa Rica house.

“One of the big pushes we’ll be making is to evolve the Mizata Point Resort into an eco-village,” Josh explained. “It was already designed with sustainability in mind, but we want to take things to the next level. We launched the Mizata Beach Conservation Program when we acquired the resort. Through that, we’ll be able to organize community initiatives, work closer with various government groups and mobilize things like beach cleanups and educational programs so we can protect and preserve Mizata.”

El Salvador has a reputation as being one of the more dangerous countries in Central America, but Host takes exception to the stereotype.

“There’s bad areas in every country, but I’ve only experienced good since I’ve been here. I think a lot of what Americans see on the news gets distorted. Most people just want to be able to be happy and support their families,” Host said. “We’ve already done a couple of beach cleanups, removing a lot of old tires and trash and stuff, and the community really got behind it. It’s made a huge difference and it’s just the beginning.”

As far as surf goes, Mizata is holding.

“It’s amazing,” Host said. “You can literally walk to five different breaks from the resort and surf five completely different setups. It’s uncrowded and super consistent. There’s seriously something for everyone.”

With its warm water and exposure to swell from a myriad of angles, other nearby breaks are a quick boat ride away. Just like the House of Trestles, the resort offers coaching services for those who are either jumping on a board for the first time or looking to improve their skills.

The resort has also partnered up with another San Clemente entity, …Lost Surfboards. For those who don’t want to lug a giant board bag down to Central America, there’s a complete quiver of …Lost boards waiting to be ridden.

“Surfing’s obviously at the top of the list when it comes to why someone might come visit us at the Mizata Point Resort, but it’s really important to us to develop a family-friendly vibe so that there’s stuff for everyone to do,” Host said. “There are rainforest adventures, waterfalls, Mayan ruins to explore, we’re going to be building out a yoga area and hope to host retreats and events.”

There’s also a pool for soaking and floating. Umami & Cantina is the on-site restaurant, which operates on a farm to table concept, so the resort enjoys the best, freshest food and also puts money back into the local economy.

“It’s been a lot of work to get to this point, but we’re super inspired about the future and what’s to come down here at Mizata Point Resort,” Host said.