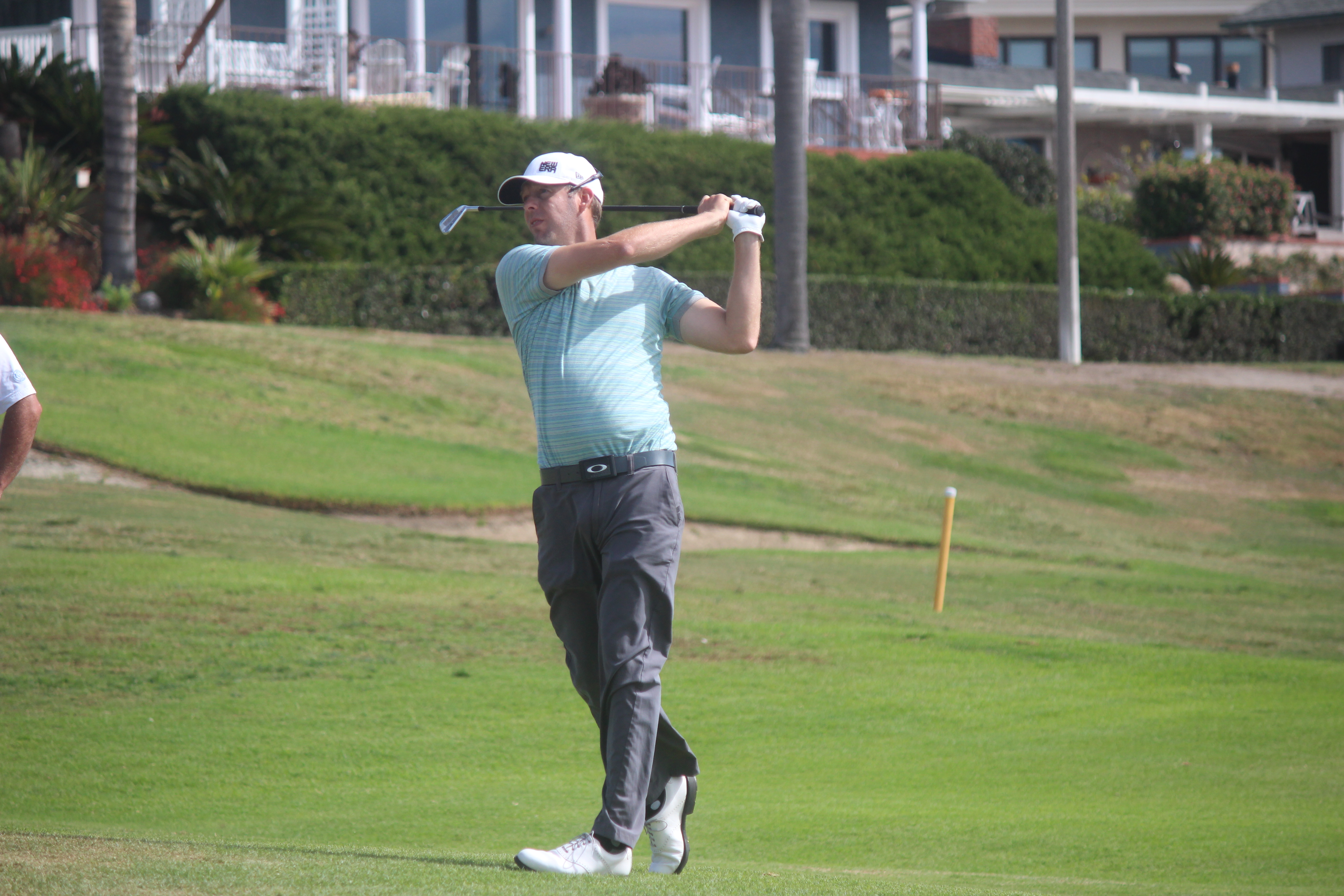 Mark Warman has been in total control of his golf game for the better part of four months.

Warman, who shot back-to-back rounds of 64 (-8), tied the tournament scoring record with a total of 128 (-16), besting the field of 150 amateur golfers that competed over the two-day stretch.

Warman did not miss a green in regulation at the tournament, going a perfect 36 for 36 in opportunities, which gave him plenty of chances to make birdies.

He got off to a blistering start on the front nine on Sunday, carding five consecutive birdies starting on the third hole. On the tricky par-4 sixth, after a wayward tee shot, Warman hit an iron through a narrow window of trees to about four feet and converted the putt. On the 165-yard par-3 ninth, he stuffed his tee shot to about one foot to go out in 30 (-6).

Mark Warren pours in his 6th birdie of the day for a 30 (-6) on the front 9 at the San Clemente City Championships. He’s -14 & in the lead pic.twitter.com/ahrGmUcqgB

“The front nine, I was just on fire and I putted great,” Warman said. “It was great to get off to a hot start like that, and that got me going.”

Warman began the second round with a two-shot lead, and was being chased by local young-guns Alex Pak, a 15-year-old sophomore at San Clemente High School, and recent SCHS grad Austin Briggs, who plays for Orange Coast College. Pak and Briggs both turned in first-round scores of 66 (-6), which put them in the final group on Sunday.

Pak reeled off three birdies on the back nine Sunday en route to a second-round score of 71 (-1). Pak’s two-day total of 137 (-7) earned him a solo second-place finish and low junior honors. Briggs finished tied for fourth place with a score of 140 (-4). San Clemente native Casey Strohsahl finished alone in third.

Warman pulled off a rare double-dip in San Clemente golf lore by capturing both the men’s club championship and city championship this year. It was a long time coming for Warman, who regained his amateur status by the United States Golf Association in June. Warman played professionally for nine years before calling it a career and returning to the world of amateur competition. The USGA made him wait two and a half years before he could tee it up again as an amateur.

Warman works one day a week in the Muni pro shop, and has been playing the historic course since he was a kid.

His game was sharp, and he proved that local knowledge can go a long way in the annual tournament.

“I don’t think I could hit the ball much better, and I don’t think I’ve ever putted that well either, so I think my game was pretty much as good as it could’ve been,” Warman said. “It’s rare that that happens but it was a good weekend for it to come together.”