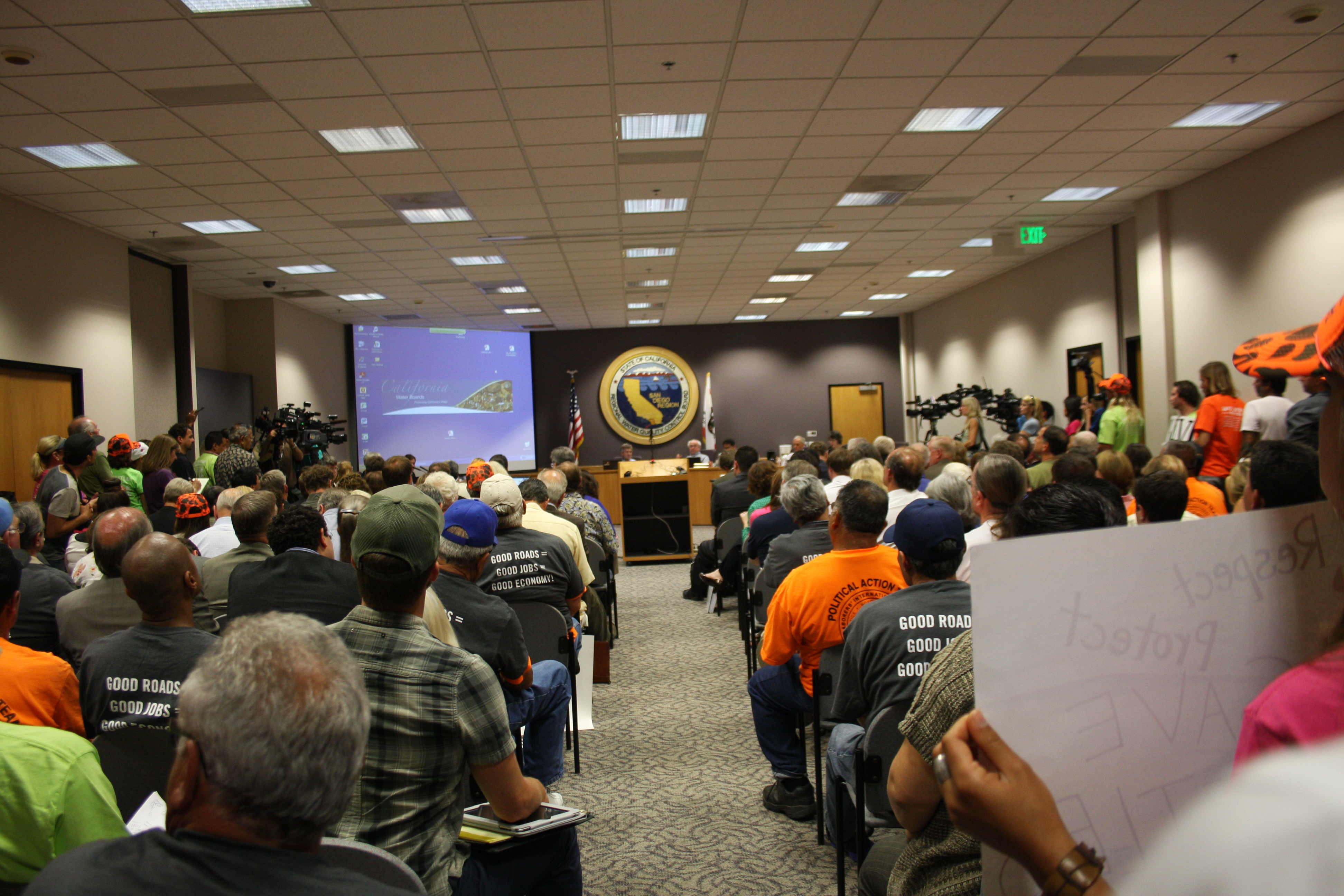 The San Diego Regional Water Quality Control Board on Wednesday voted 3-2 to reject the Foothill/Eastern Transportation Corridor Agency’s application for a permit to extend the SR-241 toll road.

The permit was one of the final steps necessary in order for the TCA to embark on a 5.5-mile extension from the toll road’s current terminus at Oso Parkway, just south of Rancho Santa Margarita, to Cow Camp Road, just east of San Juan Capistrano.

Parts of South Orange County which would be affected, fall under the jurisdiction of the San Diego regional board.

Had the permit been granted, the extension would have affected nearly a half-acre of wetlands with tributaries flowing into San Juan Creek and the surrounding watershed. The wetlands would have been filled in and the TCA would have had to restore about 35 acres and add over 40 drainage swales to separate debris from the runoff.

Proponents said the stretch of road, dubbed the Tesoro Extension, is necessary to relieve traffic on Interstate 5 and to provide needed infrastructure for future planned development in Rancho Mission Viejo, east of San Juan Capistrano. They also argued that the project had further merit as it would create nearly 2,400 jobs.

Opponents said that the extension being proposed as a stand-alone project, was actually the first part of a phased plan to eventually complete a stretch of road through San Onofre State Park connecting it to I-5 near the world-famous Trestles surf break, just south of San Clemente at the San Diego County line.

Hundreds of people, both for and against the proposed extension, packed the water board headquarters meeting room in Kearny Mesa. Many of those opposed donned brightly colored T-shirts created by the Surfrider Foundation that read “Save Trestles Forever” while dozens of union construction workers also made themselves known by their T-shirts with slogans such as, “Good Roads= Good Jobs= Good Economy.”

An overflow room was offered but the crowd was so large it spilled over into the lobby area, front entrance and parking lot. Speakers outside of the meeting room, meant to broadcast audio from the meeting, did not have sufficient volume to be heard, even in the nearly silent overflow room.

Opponents alleged that the small meeting room—packed well over its 120 person capacity—and inoperable speakers were a tactic to prevent their voices from being heard.

Water quality control staff attempted to alleviate some of the frustration by carrying stacks of comment cards throughout the crowd in an effort, they said, to ensure that every one who wished to state an opinion, either for or against, would have the opportunity to officially do so.

The vote was finally taken after six hours of testimony with a majority of the board members expressing their belief that the TCA remains intent on completing the project all the way through to the I-5 near the San Diego County border.

Wednesday’s meeting was a follow-up to another held in March when the board heard seven hours of testimony.

In 2008 the California Coastal Commission rejected the TCA’s original plan for a road extending all the way to I-5, and the Department of Commerce affirmed the decision, after years of public hearings and protests by thousands of environmental advocates and surfers.

An October 2011 TCA meeting agenda included a proposal that the extension be built in phases, starting with “the initial segment of the 241 completion project” (then estimated to stretch just over 4 miles) and instructed staff to develop engineering and financial plans and environmental assessments “while continuing to pursue the balance of the alignment that connects to Interstate 5.”

In early 2012 a TCA staff report estimated the extension would be in place by the fall of 2014, at a cost of $200 million, be accommodating 41,000 vehicles per day and on pace to generate $30 million in revenues by 2035. By then agency officials were saying they had no plans to extend beyond the Tesoro Extension.

In May, Save San Onofre Coalition members—Audubon Society, California Coastal Protection Network, California State Parks Foundation, Endangered Habitats League, Natural Resources Defense Council, Orange County Coastkeeper, Sierra Club, Surfrider Foundation and WildCoast—filed a lawsuit to halt the project due to what they called the TCA’s failure to adequately study the environmental impacts the plan would have on the San Juan Creek watershed.

Also in May, California Attorney General Kamala Harris sided with environmental groups and filed a lawsuit alleging the TCA’s approval of the project was in violation of state environmental law and requesting an injunction to stop it.

Harris’ suit called the Tesoro Extension a “road to nowhere” dead-ending at a dirt road and designed as a tactic to start the ball rolling on the originally proposed 16-mile extension to the I-5 near San Onofre.