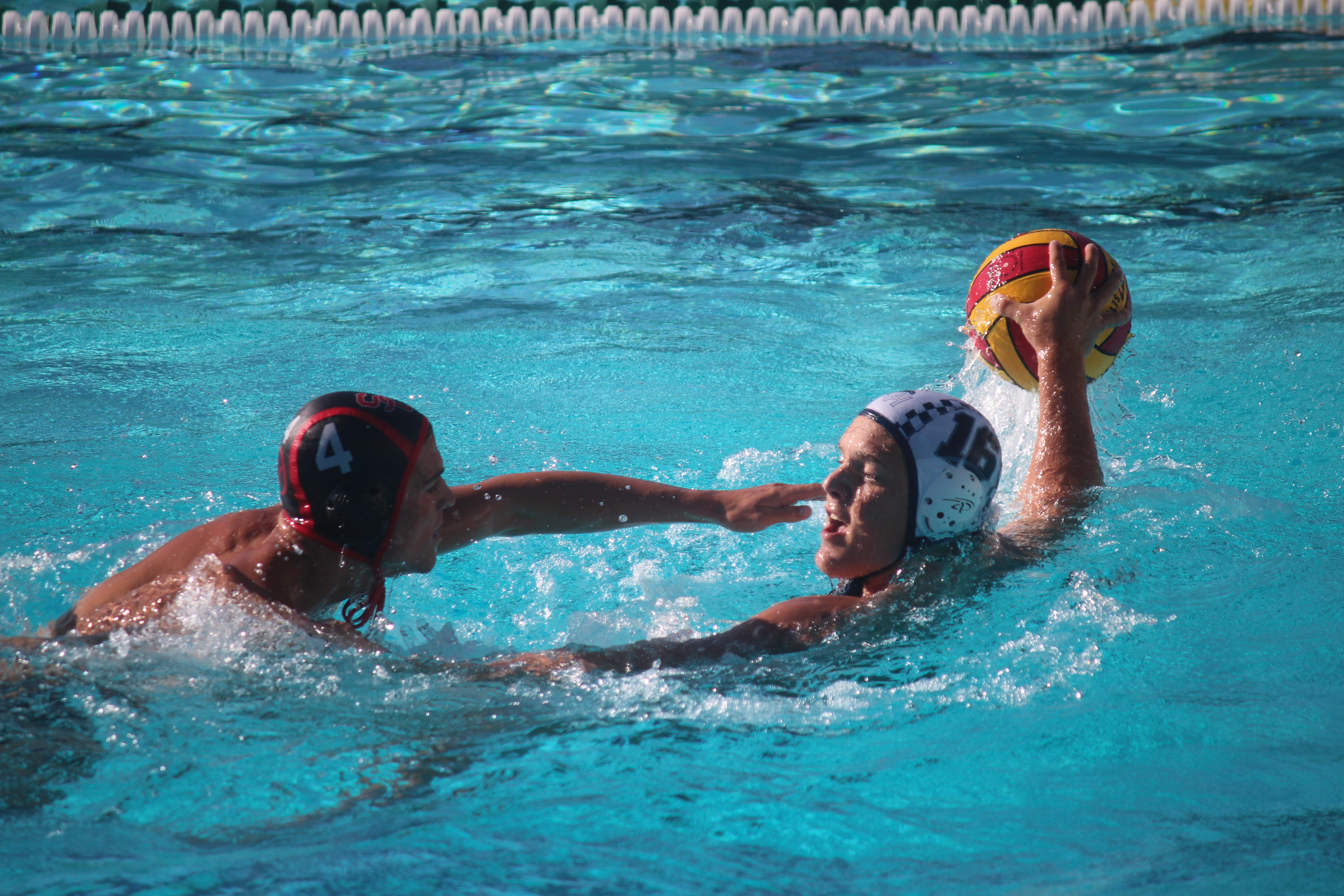 Before he sent his players into the pool for their Oct. 4 matchup with South Coast League rival San Clemente, Dana Hills head coach Matt Rosa told his squad to prepare for a battle. That’s exactly what the visiting Dolphins got out of the Tritons.

The Dolphins saw a commanding lead slip away in the second half, struggling against a physical and fast-paced Tritons team and a loud home crowd, but made a stout defensive stand in the fourth quarter to hold on for a 10-9 victory.

The Dolphins’ defense, which held the Tritons to just one goal over the first nine minutes of play, reverted back to that effective style with the game on the line. Tied 9-9 in the fourth, the Dolphins took the lead for good when Adam Cole forced a steal and Bryce Dunn scored on a tough-angle shot at the other end of the pool for a 10-9 advantage. San Clemente (8-6, 1-2 league) tried to push on offense with two minutes remaining, but were smothered by the Dolphins, who forced a shot clock violation and did not allow a shot on goal the rest of the way.

“San Clemente is a good team with good athletes. I was telling my guys this was not going to be a runaway, we were going to have to battle and we did,” Rosa said. “The defense stepped up big. We had some nice stops in the last few minutes for sure.”

San Clemente started its comeback early in the third quarter facing an 8-4 deficit. Senior Sean Edwards led the charge, recording three steals and two goals in the third. Edwards tied the game with seconds left on a spinning move in front of the net that made it 8-8. The Tritons had six steals in the third, a blocked shot in the field, and outscored the visitors 4-1 to set up the final quarter.

Edwards led the Tritons with four goals and an assist. The Dolphins had four players score at least twice, and were led by Jack McLaughlin’s three goals. Dana Hills’ goalie Justin Edwards had 10 saves.

The Tritons, who are ranked No. 2 in CIF-SS Division 3, will travel to play El Toro, the ninth-ranked team in Division 1, in a league match on Oct. 11.