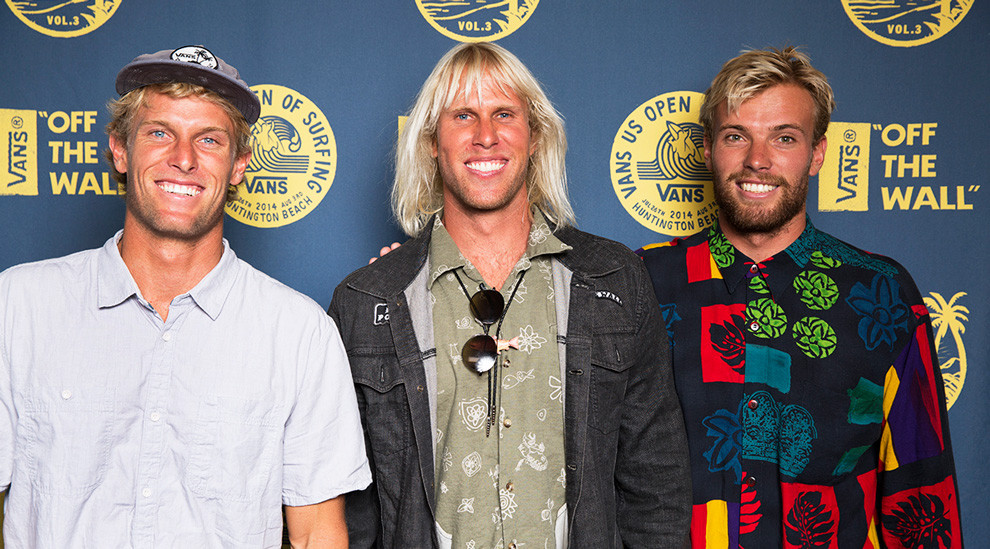 Wave of Positivity: Dane Gudauskas on Stoke-A-Rama and the Positive Vibe Warrior Foundation

Forget what you think you know about Dane Gudauskas. There’s considerably more to the ever-stoked, ever-smiling vanilla gorilla than the frothed out character we’ve grown accustomed to seeing in Vans ads.

On the eve of the Gudauskas brothers’ Stoke-A-Rama grom comp in Huntington Beach, Dane and I jumped on a quick call. Admittedly, I’m a fan of what the boys are doing with their Positive Vibe Warrior Foundation, but after a heartfelt chat about their motivations and inspirations, it’s clear that the world—and not just the tiny sandbox that is the surfing world—need to pick up on what Dane’s laying down.

In a time when, as Dane put it, “there’s so much funky stuff happening out there in our world,” the ability and desire to bring people together is more vital than ever. The concept of the Positive Vibe Warriors was originally to help support ocean safety and education, but it’s grown into much more than that. It’s a rallying cry for a better, more decent way to live.

“One of us wrote ‘Positive Vibe Warrior’ on one of our boards before a contest a while ago. It was our rallying cry and has evolved into what it is today. With the Positive Vibe Warriors, we hope that people can see that we’re all pretty similar and that it doesn’t matter where you come from,” said Dane.

“So many of these kids we work with are at such an impressionable age, they’re really able to receive positive messages and have it really influence them. It’s really cool to see them grow up and follow their passions, whatever they are,” added Dane.

Proof positive that they don’t just talk the talk, but also walk the walk, a couple months back Dane and the boys held a surfboard drive for their friends in Jamaica. Its success was both unexpected and overwhelming.

“A couple years ago we went to Jamaica and we had a blast,” continued Dane. “We had so much fun, but we learned that there was a really strong need for surfboards in the community.

“So we had this idea, in the same spirit of sharing that positive feeling, we decided to see if we could do a surfboard drive. We had no idea what we were getting into or what the response would be, but it totally evolved into its own thing. Communities up and down the coast, and all across the country actually, were excited to help out this community that’s super small and isolated in Jamaica. It was like, ‘Whoa, the brotherhood’s a real thing!’”

They ended up raising over 200 surfboards, loading them into a shipping container and delivering to the iconic Wilmott family and their Jamnesia surf crew.

“For something that started out as just a contest for the groms in San Clemente, it’s surprising how much this has grown,” said Dane. “To have the opportunity to serve communities in Jamaica, Hawaii, San Clemente and Huntington Beach this year is amazing.”

But that doesn’t mean the boys are about to let philanthropy overshadow their dreams, they’ve still got a lot of waves to ride. These days, Dane’s head-over-heels in love with the South Pacific, while Tanner and Patrick have designs on qualifying (again) for the tour.

“I fell in love with the South Pacific the last couple of years and told myself this summer I was going to make a point of spending time in Fiji and Tahiti,” explained Dane. “I really want to learn as much as I can and get better out there. It’s a constant learning process. The swells, the reefs, it takes time to figure all of that out.”

“When you’re in the water with Jon Roseman, or Slater, or some of those local dudes, or boatmen you’re learning the whole time. For me it’s a constant learning experience. Hopefully I can get down to Tahiti and get deep on a couple bombs and learn it the old-fashioned way with sweat equity. You have to pay to play and I’ve lost a lot of skin on a lot of reefs. It’s kind of satisfying.”

While Dane’s gone the way of the nomadic freesurf, his brothers are hard at work on the grind.

“Pat and Tanner are doing the primes and already have a couple good results,” said Dane. “I think they’re both really inspired. They both surf so well in quality waves, it’s just so exciting.”

At the end of the day, Dane and his brothers are so infectiously likable because they’re real and their hearts are in the right place. When asked if he sees the Positive Vibe Warriors’ Stoke-A-Rama becoming a bigger institution for spreading their unique brand of gospel, Dane is cautiously optimistic. He would hate to ruin a good thing—something the surf industry has become quite proficient at over the years.

“We want the Stoke-A-Rama to be really authentic and grassroots. We want to connect with the kids on a super rad, personal level because we’re all just groms at heart,” said Dane. “We don’t want to be separated from the kids by some huge scaffolding where we’re sitting way up high and just watching them. It’s awesome to have somebody like Nate Fletcher working as the beach marshal. It’s the raddest connection for the kids, you know. We’re all one tribe. There shouldn’t be any barriers. For us that’s a really important message.”