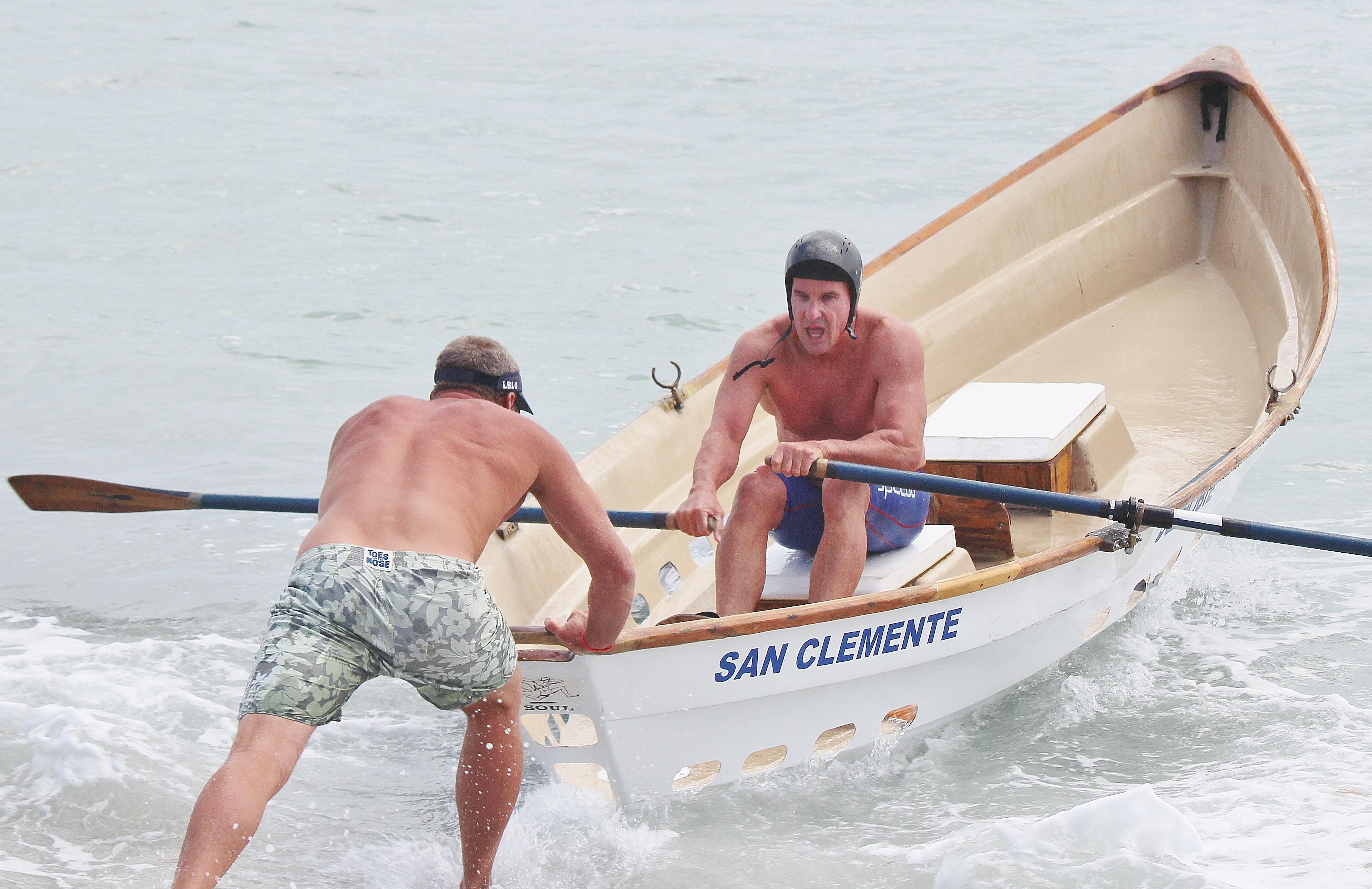 The dory boat races have been an anticipated and glorified event at the San Clemente Ocean Festival for the past 40 years. Mitch Kahn has competed in every installment of the festival’s dory races, except in 1991 when he was kayaking for the United States at the Pan American games in Cuba.

The fire captain, lifeguard, water polo coach, former Olympic athlete and San Clemente native has close ties with the community and is regarded as one of its top waterman.

This year, however, Kahn will be sitting among the crowd for just the second time in his career as he watches from the beach during the Ocean Festival on July 16.

The San Clemente Times caught up with Kahn to pick his brain on what it takes to master the dory boats in advance of this weekend’s events.

San Clemente Times: How far have you come in terms of experience from your first dory boat race to now?

Mitch Kahn: I’ve come quite a ways. Lots of the dory boat racers are older because it takes a while to get that race experience. There’s a lot that goes into it besides just being the fastest and strongest boat. One thing about the race is that the fastest doesn’t always win, and there’s so much decision-making during the race. It’s all about making those split-second decisions.

SCT: What’s the hardest skill to master in dory racing?

MK: Coming in on a wave would for sure be the hardest because it takes a lot of teamwork to keep the boat straight. You want to try to place your boat in the right spot because a lot of times people are coming in when you’re going out and they can take you out and ram you. That’s kind of why everybody loves the dory races. It’s kind of like the gladiators of the surf or a crash-cart derby because 20-foot long, 300-pound boats are going to crash into each other no matter how well you can steer.

SCT: It seems dangerous. Have you ever been seriously injured?

MK: I’ve been hurt a few times, luckily nothing serious but the boat has flipped in really shallow water and been on top of me. Nothing has broken, but I’ve had a lot of bruises and bumps and pulled muscles.

SCT: How competitive do the races get?

SCT: Do you have any advice for participants in this year’s race or future racers?

MK: The beach is an amphitheater atmosphere, so you have to get some races under your belt before you show up in San Clemente. Because the Pier is there, you have to be a solid rower or you could destroy your boat on the Pier if you’re not rowing correctly. Most of the race is won or lost from the beach to the surf line, so that’s a good part to be proficient at.

SCT: How will it feel to watch instead of compete this year?

MK: That’s going to be real tough because I’m so competitive. Everyone always asked me when I would give it up and I always said I’ll quit rowing and racing when I don’t feel like I’m competitive anymore. We (finished second) last year, so I still feel competitive. Even though I’m 55 years old it’ll still be hard to not be out there.