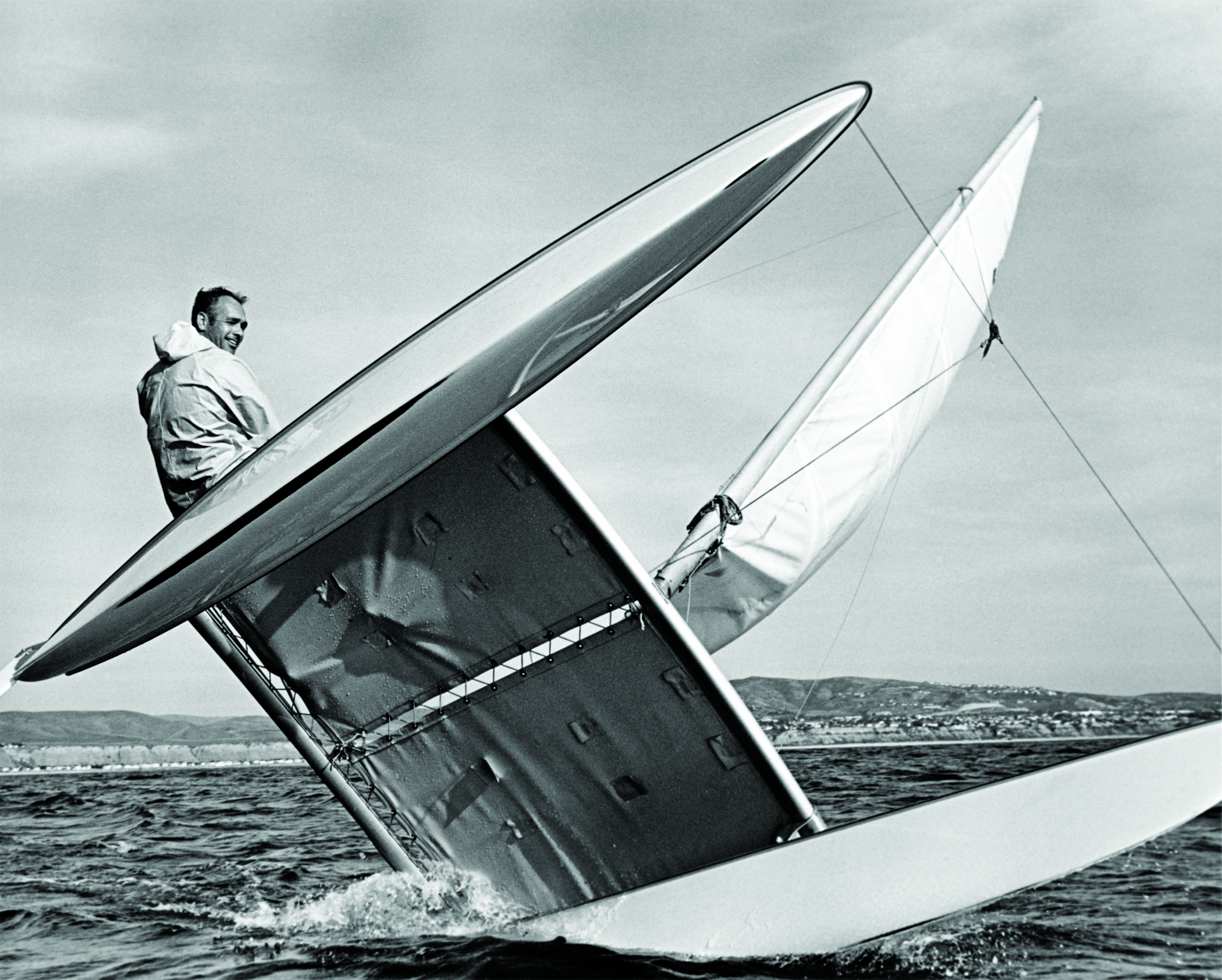 Last week, Wayne Penn Schafer peacefully slipped from this world in his sleep after 91 years of good living.

Schafer had stories. Lots of them. Some of them were covered in this publication, such as his formative days in Capo Beach in the early ’50s, what it was like to rent a room to the great Phil Edwards and how he evolved the Hobie Cat sailboat with his friend Hobie Alter.

But considering how many sunsets the man enjoyed from his house fronting Poche Reef, there are surely more stories to be told.

Schafer’s contributions to sailing alone span decades. In the earliest days of the Hobie Cat, the beach in front of his house became the skunk works for sailers in the area to learn, experiment and develop new designs and techniques.

When the Hobie Cat was at its peak of popularity in the 1970s and ’80s, sailors from around the world traveled to see him and learn from him. His “Wednesdays at Wayne’s” après-sail barbecues were the stuff of legend. He was known to always be able to “find the wind.”

Behind that kind smile and gentle demeanor was an intelligence and understanding of the ways of the world that guided him. Schafer was one of four Southern Californians who established a base in Moorea, Tahiti around 1960, which would evolve into the world-famous Bali Hai resort.

He also owned property at Zacatitos on the East Cape of Baja, Mexico. And with his father’s Osage heritage, he maintained his headrights in the Osage Nation in Oklahoma.

For the past few weeks, a gathering with Schafer and some of the original Poche Surf Club members had been in the works with the Surfing Heritage and Culture Center. As part of this group, our goal was to document their stories and recollections.

We’d hoped to have a good, old-fashioned talk story session and hear all the tales. It’s a painful lesson in never missing the chance to hear a good story. Sometimes, the opportunity is here and gone before you know it.

Schafer was part of a very small, very influential group of surfers, sailors and ocean lovers who fundamentally changed the game. He never wavered from his dream of living at the beach and was always happy to bring his friends along for the ride.

A paddle out and memorial is currently being planned for early August, when it’s hopefully a little easier for folks to travel. In lieu of flowers, Schafer’s family and friends ask that donations be made to the Wayne Penn Schafer Memorial Fund at the Surfing Heritage and Culture Center.