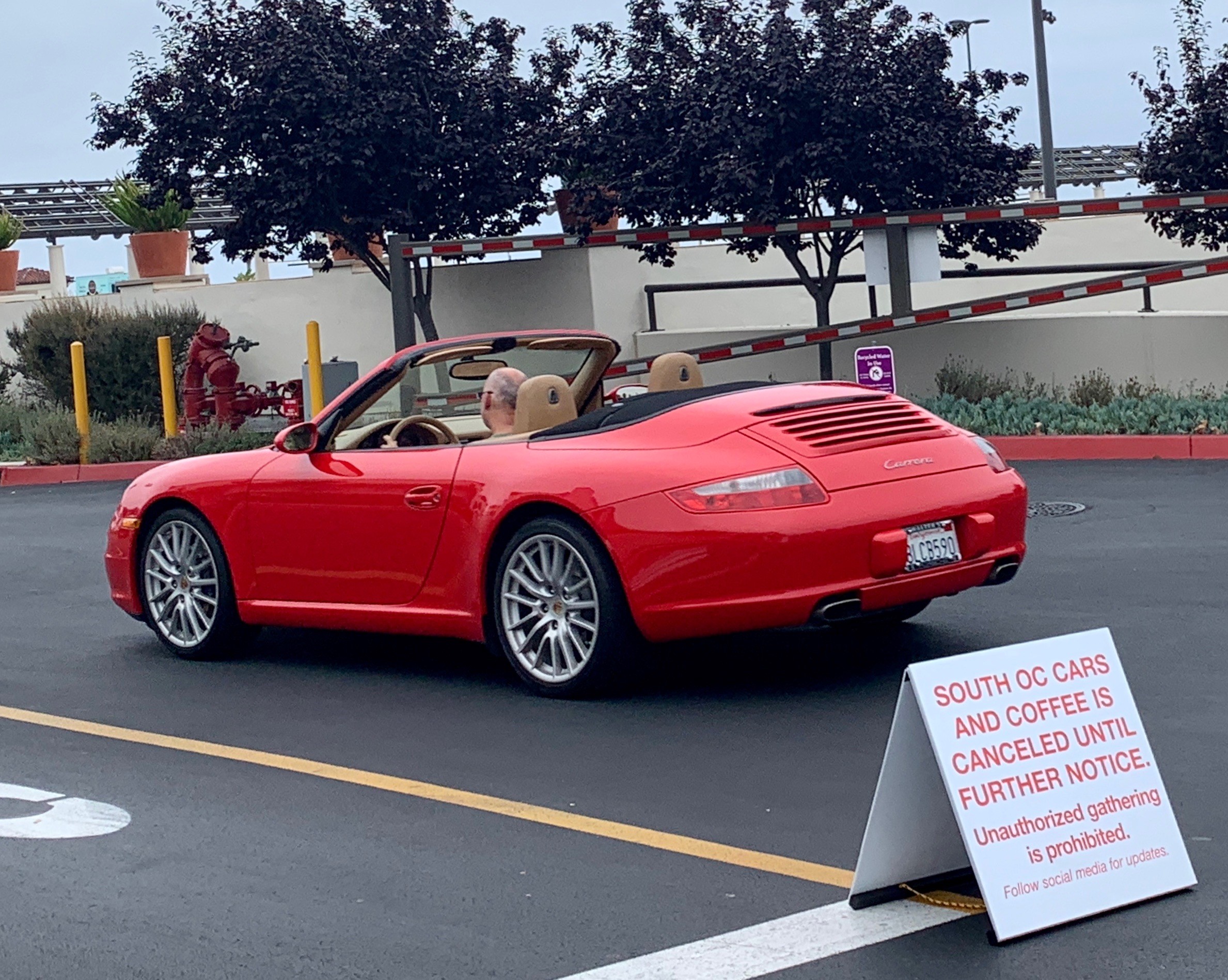 South OC Cars and Coffee, the weekly gathering of car enthusiasts at the Outlets at San Clemente, has put on the brakes amid the rising coronavirus cases and hospitalizations in Southern California.

In a video message posted to the event’s Facebook page back on July 18, Simon Wehr, cofounder of Cars and Coffee, said the weekly meetup has been put on pause, “just until we can let the COVID thing settle down a little bit.”

“We just felt that given the number of people we get at the event that it would be irresponsible given the increase we’re seeing from COVID-19,” he said, stressing that the decision was made internally and didn’t come down from the government.

Wehr further explained in a follow-up Facebook video this past weekend that over the past few weeks, the event drew more than 3,000 cars and approximately 5,000 spectators.

“I know it’s outdoors and a lot of people go, ‘Well, it doesn’t spread outdoors,’ ” he said. “Well, that’s a risk we’re not willing to take. It’s just not something that we think is the right thing to do.”

The event had previously been paused in March, around the start of the pandemic, but had returned with social distancing modifications in late May.

The move comes as positive coronavirus cases have surged across the nation, particularly in California. Throughout the month, both the state and Orange County set records for new daily cases and hospitalizations.

On Tuesday, the Orange County Health Care Agency reported that San Clemente’s cumulative total reached 319—212 more cases than what the city previously had at the start of the month.

“Until we start seeing the numbers drop off again, we need to do the right thing, and we need to obviously stop gathering together in large numbers,” Wehr said in the latest video update on Friday, July 24.

Wehr further emphasized that the decision wasn’t meant to be political, and isn’t meant to show support for any particular political party or take a side on the face mask debate.

“This is a car event. It’s not about that stuff. This is just about us obviously trying to keep you guys safe and keep us safe as well,” he said.

Wehr also noted that he couldn’t offer a timeline of how long the hiatus will last, as it could be for another couple of weeks, maybe even longer. He added that he’ll be keeping in touch with officials from both the city and the Outlets regarding the matter.