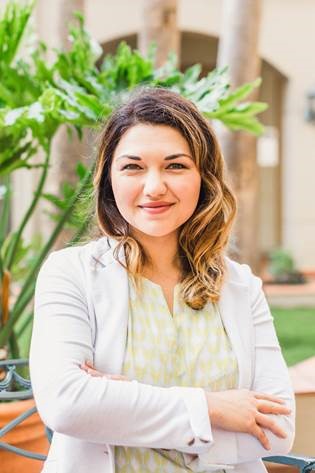 Earlier this month, I attended the Addressing Youth Suicide conference presented by CHOC Children’s. Sadly, suicide is the second-leading cause of death for young people ages 10-34.

At the conference, a panel member asked the audience to close their eyes and raise their hand to answer yes for the following questions:

I hesitantly raised my hand, and the speaker said, “Please raise your hand high.” What if someone didn’t have their eyes closed and they saw me? Everyone in that room was there because they had been impacted by suicide in one way or another. Why was I so nervous to raise my hand?

When I was 17 years old, a close family member attempted suicide. I was out with friends when I found out that they were in the ICU. I picked them up when they were discharged, because most of my family was angry and would not pick them up.

After that, no one talked about it. It was as if everyone wanted to pretend it didn’t happen. Maybe I was hesitant to raise my hand because I still feel the stigma that was associated with a family member’s suicide attempt?

The speakers on the panel went on to discuss how, after years of silence, they are just now telling their stories. One had been fearful to share because of their career in the public health field, another because of their culture, a third because of shame.

We all have our reasons, but when we don’t talk about it, we contribute to the stigma that is taking the lives of too many.

In Orange County, an average of 15 10- to 19-year-olds die by suicide each year, and the recent trends show that this number is increasing. Orange County emergency rooms see an average of 900 visits each year for self-harm/attempts or suicidal thoughts, according to the 2019 Conditions of the Children Report.

Why is this happening, and more importantly, what can we do about it?

Experts at the conference noted an increase in the number of youth with symptoms of depression and anxiety, youth substance use, lack of access to care, and lack of early screening as factors that lead to poor mental health and potentially self-harm and suicide.

Annette Craig, founder of With Hope, The Amber Craig Memorial Foundation, said the most important thing we can teach our kids is to never keep secret any statements that a peer tells them about wanting to harm themselves. After her daughter died by suicide, several friends came forward and said that Amber had told them of her thoughts, but said not to tell anyone.

Research shows that the most important thing we can do in a family and community is to have open conversations about suicide. Talking to children or adults about suicide will not cause them to attempt suicide; in fact, talking openly prevents suicide.

The Wellness & Prevention Center will host a screening of the documentary film The S Word, followed by a panel discussion on suicide and mental health, on Monday, Feb. 24 at 6:30 p.m. at San Clemente High School’s Little Theater. Join us and help to reduce stigma in our community.