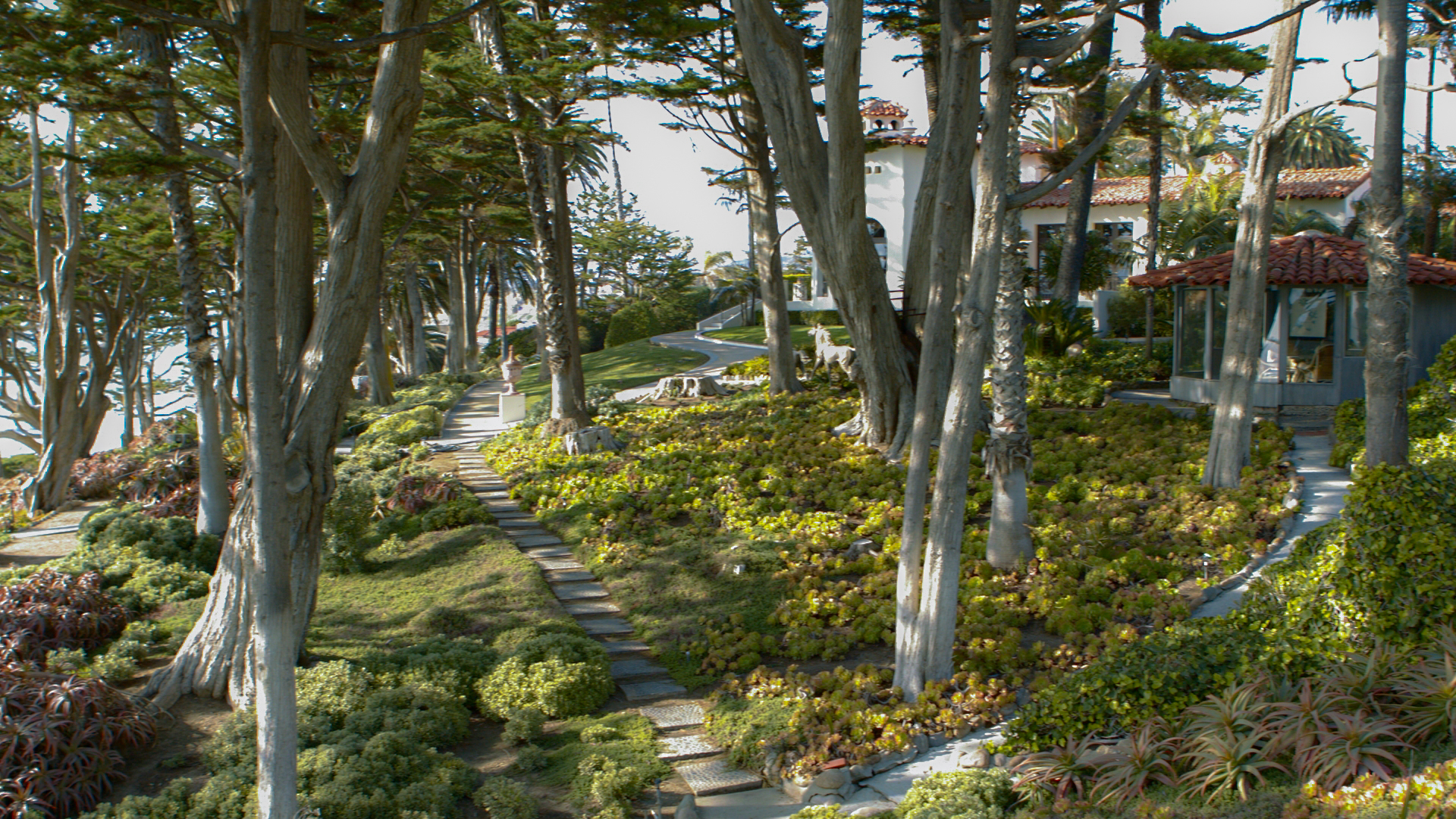 Featured Image: The former San Clemente home of President Richard Nixon, La Casa Pacifica, is one of three locations that can be viewed virtually as part of the 26th annual Newport Beach Garden Tour and Summer Garden Party. Photo: Courtesy of Sherman Library and Gardens

La Casa Pacifica, the former home of President Richard Nixon, is one of the three locations featured in the 26th annual Newport Beach Garden Tour and Summer Garden Party.

The virtual video tour of the home was the first of three to be released, premiering on Mother’s Day, May 8.

Scott LaFleur, executive director of event sponsor Sherman Library and Gardens, experienced the tour in-person, along with guide Ron Vanderhoff, vice president of Roger’s Gardens in Newport Beach. LaFleur raved about the unique microclimates in the numerous gardens that spread across the sprawling 6-acre property.

Factors including the amount of wind—and, thus, the level of influence from nearby saltwater—in a certain location affect the type of plants that can be grown there.

“(Microclimates determine) the ability to grow many different varieties of plants, from Monterey cypress along the coast, to tender vegetables in the culinary garden, and even more unique species like hydrangeas and things that are within the courtyard of the interior garden as well,” LaFleur said.

Beyond the areas he mentioned, viewers can also see an English-style garden with elements purchased from the world-famous Chelsea Flower Show in England, a koi pond and koi garden, and staghorn ferns and terracotta pots around the area featuring a pool, putting green, and tennis court.

Through Vanderhoff, the homeowners also relayed information about the property’s history. Dubbed La Casa Pacifica, or “House of Peace,” by Nixon, 17 different heads of state have visited over the years.

Going back to when the house was first constructed and owned by the influential Cotton family, they would receive visits from President Franklin Delano Roosevelt.

Vanderhoff told LaFleur that the President would ride the train until it stopped at the base of the property, where Roosevelt was carried up a set of stairs and into one of the card houses—where card games were played—at the edge of the ocean.

“(He) would spend hours and hours playing cards with the family and other guests that would come to the property as well,” LaFleur said, adding: “The history (was) so incredible to see.”

To be featured in the Garden Tour, properties go through a selection process handled by a committee of staff and volunteers who review applications and take visits.

The committee hopes to see gardens that have significant horticultural interest and also reflect Sherman Library and Gardens’ history of horticulture and the arts. LaFleur said that they are more inclined to use gardens that check all of the committee’s boxes in its tours.

The virtual nature of the tour stems from the ability to now access more unique places than if they arranged for people to all arrive at a home and walk through themselves.

“For La Casa Pacifica, specifically, the Herbert family didn’t want to have a garden tour with 500 or so people walking through the property, but they were very excited and happy to allow us to use the property,” LaFleur said. “I think we have access to better properties, and we can reach more people.”

Along with the access, the tour organizers intend for viewers to take away from each experience vignettes and plantings that they like and may attempt to recreate in their own homes.

The next Garden Tour video will feature historic homes and gardens on Balboa Island and will be released on Father’s Day, June 19. That will be followed on Aug. 1 by a tour of the W. Parker Lyon House in Pasadena, a 1948 Mid-Century Modern home designed by architect Thornton Ladd.

The Newport Beach Garden Tour grand finale will be the in-person Summer Garden Party on Aug. 27, at Sherman Gardens from 4-7 p.m., which will include numerous attractions.

Visit thesherman.org or call 949.673.2261 for more information or to purchase tickets.