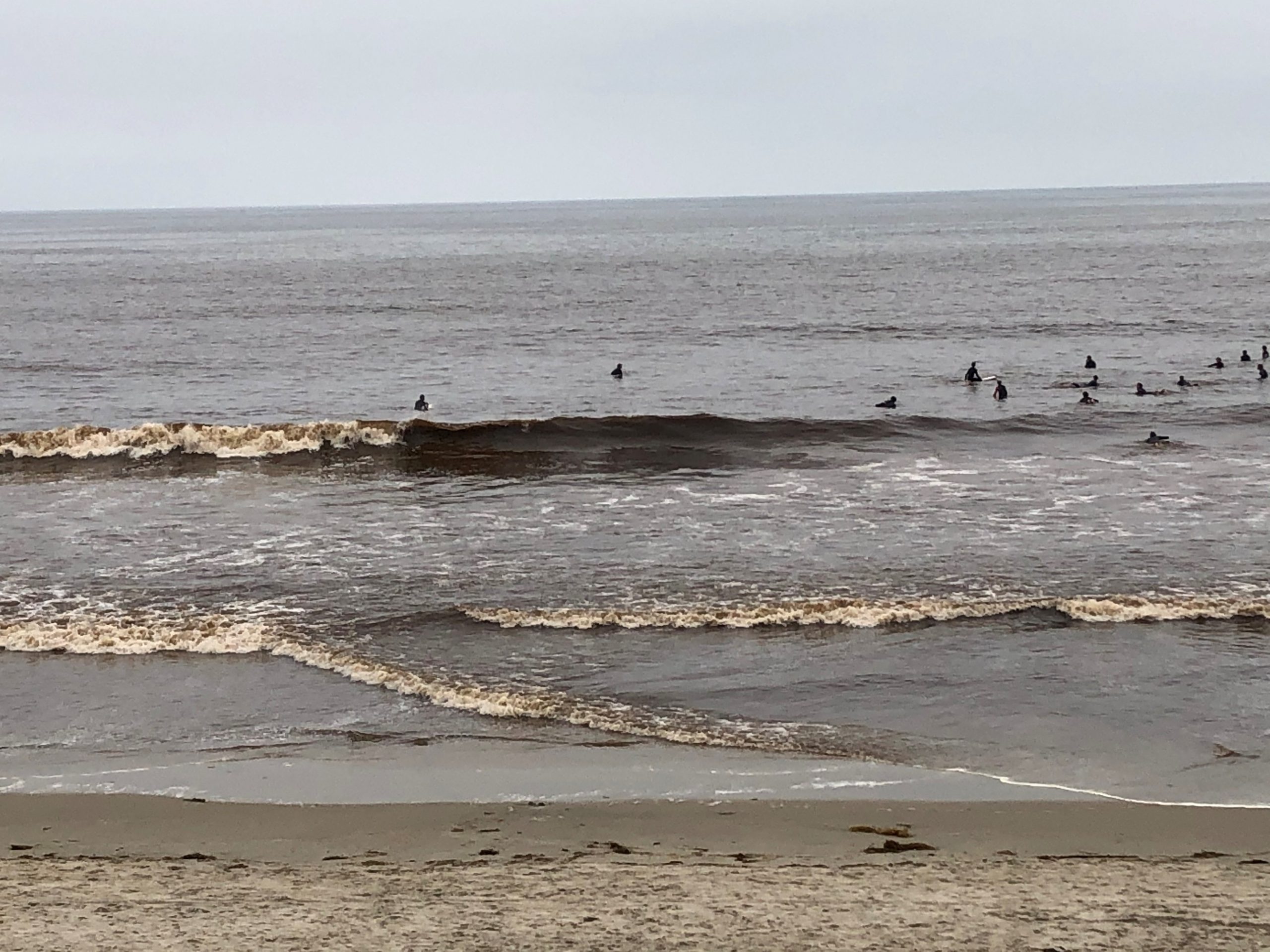 What Exactly Is a Red Tide?

Cold water, south wind and red tide. That’s a tough trifecta if you’re trying to motivate yourself to paddle out, but those are pretty much springtime conditions around here.

Thankfully, we should see the weather patterns start to shift along with warmer water as we get closer to summer. But the red tide, while not necessarily dangerous to human health, can adversely affect local marine wildlife.

Kicking off the conversation, what exactly is a red tide? Basically, it is described as an algae bloom that turns the water a rusty, reddish color. As noted, most of the time, there’s not much reason for concern, but this isn’t always the case.

“Most blooms, in fact, are beneficial, because the tiny plants are food for animals in the ocean. In fact, they are the major source of energy that fuels the ocean food web,” reads a report from the National Oceanic and Atmospheric Administration (NOAA).

“A small percentage of algae, however, produce powerful toxins that can kill fish, shellfish, mammals, and birds, and may directly or indirectly cause illness in people,” the report continues. “Harmful algae blooms also include blooms of non-toxic species that have harmful effects on marine ecosystems.”

As an example, the report notes that eventually the algae die and begin to decompose. When that decaying process occurs, oxygen in the water can deplete, “causing the water to become so low in oxygen that animals either leave the area or die.”

The current red tide off the coast of Orange and Los Angeles Counties has caused some scientists to raise concerns about its potential impact on local wildlife.

“There are red tides that happen all the time. This particular one that bloomed this time, the A-Sanguinea, it is a harmful algae bloom,” Debbie McGuire, executive director of the Wetland and Wildlife Center, told CBS News last week.

McGuire went on to caution that this specific algae can be harmful to dogs if ingested, as well as induce skin irritation in people.

Of course, some red tides do have their perks. Some types of algae are phosphorescent, meaning it glows in the dark. The nighttime light show can be very impressive as crashing waves and turbulent waters light up with a green or blue glow.

If you’ve never experienced a red tide at night, it’s definitely worth bundling up and making a trip down to the beach.

Thankfully, red tides tend to disappear just as quickly as they showed up. They can last for a couple of days or much longer, depending on shifting currents and weather patterns that keep the water moving.

If you’re concerned about the health risks of a red tide, just wait to go in the water until it clears up. For those adventurous surfers undaunted by a little risk, a night session in the neon green lineup won’t be something you forget anytime soon.