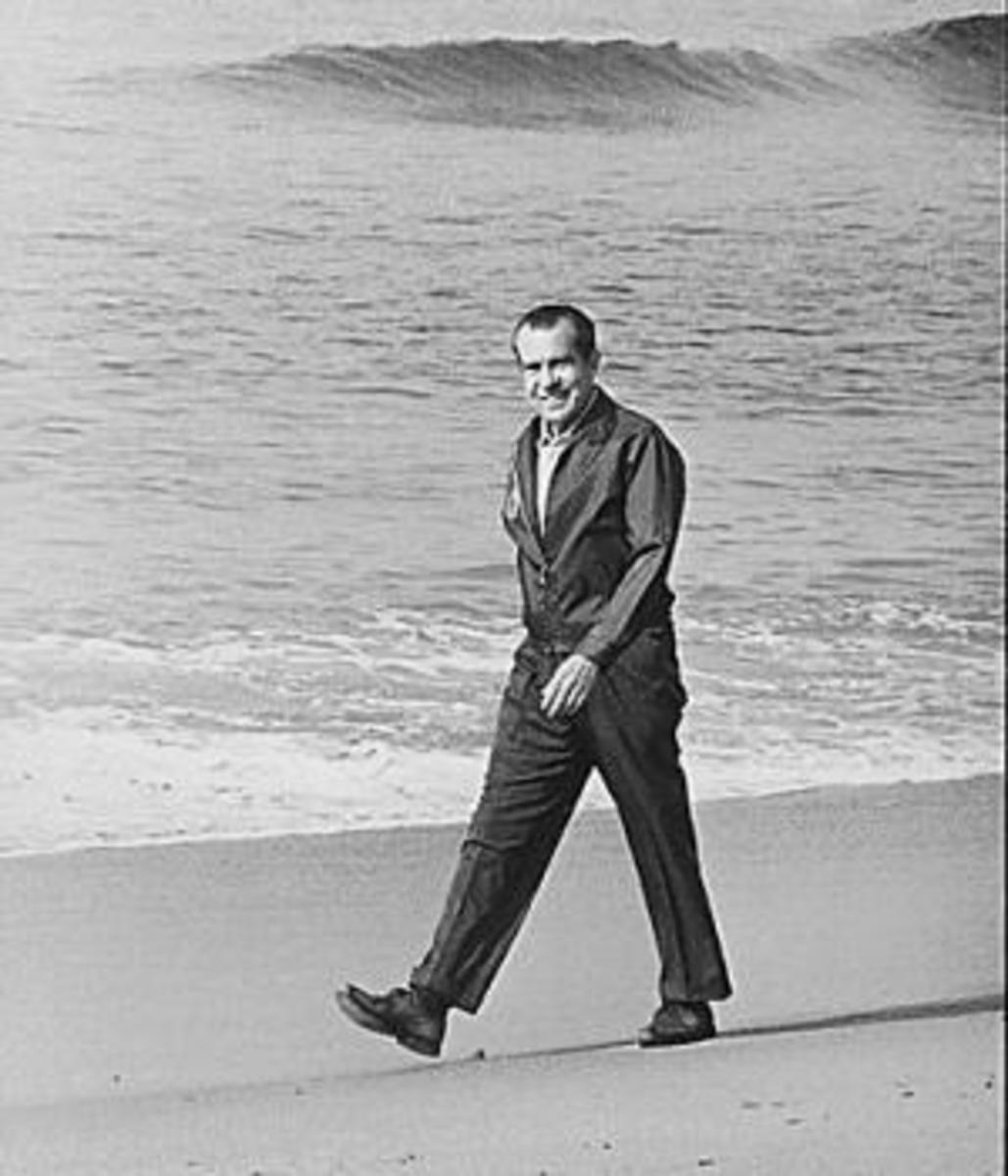 A hazy recollection of playing golf with the 37th President

Eleven-time world champ Kelly Slater has been known to sneak in a round of golf with former President Barack Obama every once in a blue moon.

Last year, the two showed up in a social media post while on a course together in Hawaii, and just recently somebody whispered to me that they’d recently played a few holes together. That’s unconfirmed, but Slater, who’s been known to frequent the muni in San Clemente, may be more competitive on the links than he is in the water.

Obama’s hardly the first or last President to enjoy a round of golf. While posted up at the Western White House, Richard Nixon was a fan of sneaking out to Shorecliffs Golf Club to hit a few balls.

Which leads me to the point of this week’s column. Awhile back, I was playing a little golf at Shorecliffs with a friend when we got paired up with an older local gentleman who lived a pitching wedge’s distance from the course.

As we got to playing the first couple of holes, he shared that he’d been playing golf there since the ’70s. He clearly knew his way around the challenging fairways. When we pulled up to the par-4 sixth hole, he asked, “You guys wanna hear the best golf story ever?”

Of course! Who could turn down an offer like that? So, he starts telling us about how he and his friend had been playing one day when Nixon was in office and had arrived on the sixth hole, when they pulled off the teebox to sit in the shade and smoke a joint.

A few puffs deep, all of a sudden, a swarm of golf carts come racing toward them from every direction.

“That’s when pot was a pretty big deal,” he explained. “So, we threw the joint in the bushes and waited. Then a Secret Service guy with a 16-inch neck gets out of one of the carts and says, ‘Excuse me, gentlemen, do you mind if the President of the United States plays through?’ ”

Paranoid out of their skulls, they obliged President Nixon and “some colonel or general he was playing with.”

As the story goes, the military man hits a long, straight drive and splits the fairway. Then Nixon tees it up. He shanks his shot and barely dribbles it out of the teebox.

“So, he turns to us and says, ‘Excuse me, boys, you don’t mind if I hit another?’ I’m not saying anything at this point,” the local duffer continued. “We’d thrown the joint in the bushes, and the wind was whipping, and you could smell it all over, but none of the Secret Service guys could figure it out.

“Then my friend steps in and says, ‘Of course, sir, you’re the leader of the Free World.’ So, Nixon gets off and into the fairway, and my friend commented, ‘Nice drive, sir.’ ”

“I don’t see your ball out there,” huffed Nixon.

“I’m there in the fairway,” said the local guy’s buddy.

Then Nixon turns to him and fixes his glare on him. There’s nowhere to hide.

“I just remember this huge head staring at me. I was just trying to keep quiet, so I say to Nixon, ‘Well, sir, it’s up there on the green’,” he said with a laugh.

Our local friend had hammered his drive and gotten a good bounce before taking the smoke break. Immediately, the Secret Service guys busted out a pair of huge binoculars to verify the claim.

Nixon must have been impressed, because he said, “How’d you boys like to play some golf with the President of the United States?”

Again, before he could be stopped, his friend interjected, “That would be amazing, sir, we’d love to!”

“We played the next three holes with Nixon and this colonel stoned out of our minds, and never once talked politics, just golf,” said the local. “But I did have a talk with my friend in the cart, and he didn’t say much after that.”