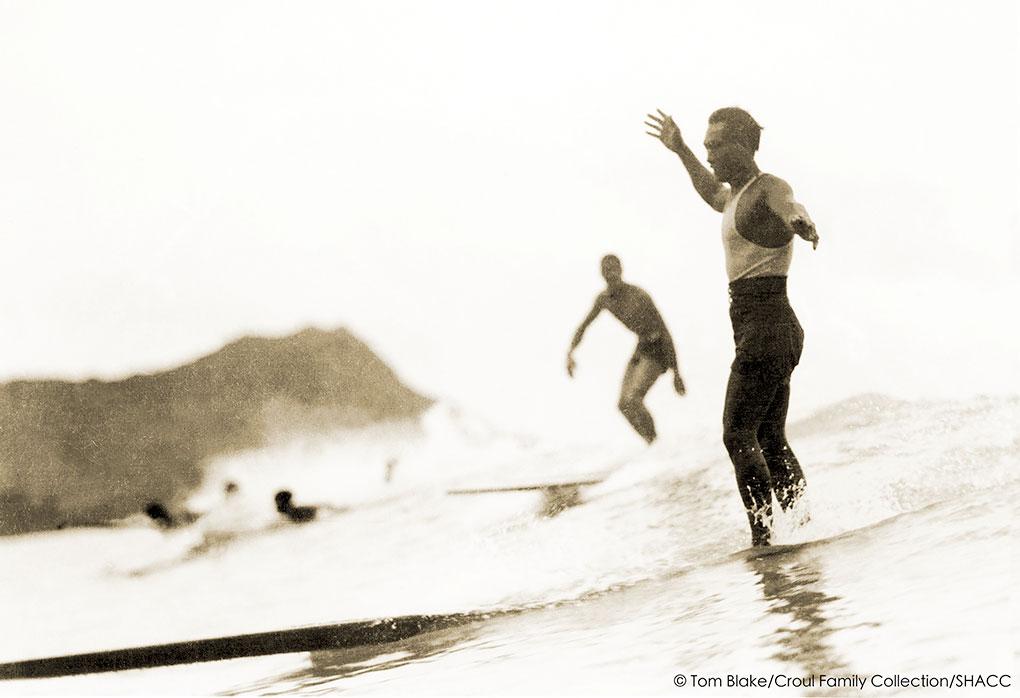 Why Aloha Matters Now More Than Ever

Surfing has a lot of work to do to be more inclusive, but it all starts with how we act in the water

This week, we celebrated the 130th birthday of the great Duke Kahanamoku. Regarded as the “father of modern surfing” and Hawaii’s “ambassador of aloha,” Kahanamoku spent his life sharing and teaching people about the benefits of a life in the sea.

“Aloha is the key word to the universal spirit of real hospitality, which makes Hawaii renowned as the world’s center of understanding and fellowship,” Kahanamoku’s business card famously read. “Try meeting or leaving people with Aloha. You’ll be surprised by their reaction. I believe it, and it is my creed.”

Kahanamoku’s dedication to his “universal spirit” resonates especially deep today, as we find ourselves in a time of partisan and social division. As a Native Hawaiian and the first Pacific Islander to earn Olympic glory, Kahanamoku certainly had to contend with racism in a myriad of forms.

“Even his seemingly glamorous move to Hollywood—where he was lured by a promise to play King Kamehameha in a film that never got made—turned into a series of psycho-spiritual beat-downs,” writes author and former Surfer Magazine editor Steve Hawk in a newly published piece on Surfline.com. “This was in the 1920s, before dark-skinned actors were given leading roles, so Duke found himself cast in a series of minor ‘ethnic’ characters.”

Over the weekend, the San Clemente Times received a report of racially motivated violence in the water at San Onofre State Beach. During the incident, according to a witness, three older white men began yelling racial epithets at two Asian men who were attempting to learn to surf.

It was then that another surfer in the area intervened, condemning and admonishing them for their inappropriate behavior. That’s when the situation reportedly escalated. One of the older men allegedly attacked the good Samaritan, putting him in a chokehold while the attacker’s friends looked on and laughed.

This isn’t something that should need to be written, but there is no place for racism or hate in surfing. Unfortunately, that’s not always the case, and this kind of nonsense happens more often than most surfers would care to admit.

When protests broke out after the death of George Floyd at the hands of Minneapolis police officers on May 25, surfers around the United States demonstrated their solidarity with the Black Lives Matter movement and pursuit of social equality by staging paddle outs at beaches around the country. One of the largest was held at Moonlight Beach in Encinitas.

“It was a moment that literally saved me; it was transformative,” Selema Masakela told me in an interview last month.

An omnipresent figure in action sports media over the past two decades, Masakela’s impassioned speech served as a flashpoint for several surfers of color who witnessed it.

“Selema spoke and absolutely brought me to tears. It lit a fire under my butt and was super inspiring,” Ryan Harris, a Los Angeles-based surfboard shaper, told me when we spoke earlier this summer.

“I thought nobody was going to listen to me on my platform,” he continued, “because all I do is make surfboards. But that’s where Selema said, ‘That’s why you’re wrong, dude. You’re Black, and you’re a shaper. There’s like, none of you, so people are especially gonna listen to you.’”

An organization called Textured Waves was instrumental in coordinating the Moonlight Beach paddle out, and they continue to advocate and take steps toward making surfing lineups more inclusive and accessible to everyone.

The organization’s objective is to “propagate the culture and sport of women’s surfing towards women of color and underrepresented demographics through representation, community and sisterly camaraderie.”

“There is a lot of goodwill out there and a lot of people that want to help, but they don’t necessarily know how to,” Danielle Lyons Black, one of Textured Waves’ founders, explained to me.

“I think the smartest thing for folks to do is first understand that you can’t change everything,” Lyons Black continued. “I think that’s where it gets overwhelming. I think the best thing that people can do is try to be hyper-focused and find something that they’re passionate about. Find that niche that actually is meaningful to them and find a way to contribute through that.”

As heartbreaking as it is to hear that racial violence is plaguing one of our most hallowed surfing grounds, a place where the spirit of aloha is entrenched, a place where Duke Kahanamoku once sat on the sand and held court, it is a stark reminder that the work continues.

It’s up to all of us to make sure that’s the case every time we paddle out.